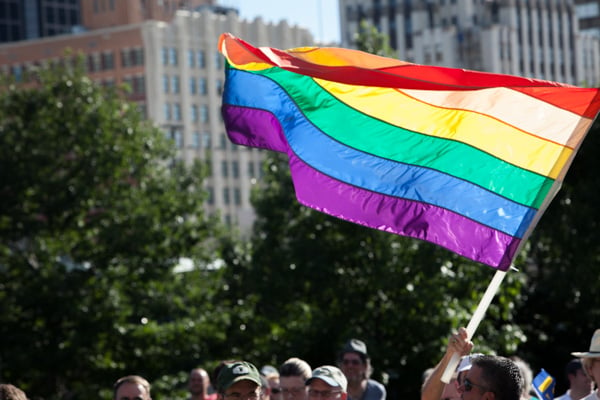 WASHINGTON — The Supreme Court legalized same-sex marriage across the United States Friday in a closely divided ruling that will stand as a milestone in its 226-year history.

The justices ruled that states cannot deny gay men and lesbians the same marriage rights enjoyed for thousands of years by opposite-sex couples. Within days if not hours, the decision is expected to trigger same-sex marriages in states that still ban the practice.

The landmark ruling ends a legal battle that had brewed in the states for 45 years, from Minnesota in the 1970s to Hawaii in the 1990s and New England after the turn of the century. The final turning point came in 2013, when the high court forced the federal government to recognize same-sex marriages and allowed them to resume in California.

Had the court upheld gay marriage bans in Ohio, Michigan, Tennessee and Kentucky, it would have jeopardized federal court rulings striking down similar bans in 20 of the 37 states where same-sex marriage has been declared legal. Quickly, the number of gay marriage states could have been cut in half.

Instead, the court’s finding that same-sex couples have a right to marry under the Constitution will make gay marriage legal in the remaining 13 states, from Georgia to North Dakota. And it will make battles over religious-freedom and non-discrimination laws the next battleground in the nation’s continuing struggle with gay rights.

The decision was written by Justice Anthony Kennedy, who had authored the last three major rulings advancing the cause of gay rights, including the 2013 opinion in United States v. Windsor striking down a key part of the federal Defense of Marriage Act.

The court had sidestepped the issue last October, when it let stand appeals court rulings against gay marriage bans in Virginia, Indiana, Wisconsin, Oklahoma and Utah. Those rulings and a later appeals court decision affecting Idaho and Nevada drew in neighboring states as well. As a result, more than 70 percent of Americans already live in states where gay marriages are legal, and tens of thousands of couples have tied the knot.

But in November, Circuit Judge Jeffrey Sutton issued a 42-page appellate decision saying the matter should be left to voters, not judges like himself with lifetime appointments. He said lower court judges’ hands were tied by a one-sentence Supreme Court ruling in 1972 that “upheld the right of the people of a state to define marriage as they see it.”

That forced the Supreme Court to act, and in January it agreed to hear six consolidated cases from Ohio, Michigan, Tennessee and Kentucky. The cases featured 32 plaintiffs — couples, widows, even a 2-year-old child — and raised two questions: Does the 14th Amendment require states to license same-sex marriages? And does it require them to recognize those marriages performed in other states?

Proponents argued that marriage is a fundamental right for any two people regardless of gender, and that the due process and equal protection clauses of the Constitution give gays and lesbians equal marriage rights. More than 75 briefs were submitted on their behalf, including from major business leaders and most Democrats in Congress.

Opponents said the prohibitions have a rational basis, were not enacted out of animus toward gays and lesbians, and are a matter of states’ rights. They also said same-sex marriage could harm the institution and is not in the best interest of children. More than 60 briefs were submitted on their side, including from religious groups and Republican officials.

The high court first ruled against same-sex marriage in 1972 in a one-sentence decision “for want of a substantial federal question,” and it upheld state laws against sodomy in 1986. But starting in 1996, it struck down laws allowing discrimination against gays, banning sodomy, and denying federal benefits to legally married same-sex couples. Kennedy wrote all three decisions.

Massachusetts was the first state to legalize same-sex marriage in 2003 as a result of a state court ruling. And while it took another decade for the first dozen states to follow suit, twin rulings in 2013 — against DOMA and clearing the way for gay marriages in California — ignited a second wave. In the last year alone, the number of gay-marriage states has more than doubled from 17 to 37.

Throughout the battle, a patient legal strategy, savvy public relations campaign and superior financing and organization propelled the gay marriage movement past an outgunned and underfunded opposition.