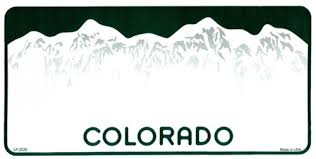 Yesterday, the Colorado Supreme Court turned thumbs down on a school voucher program in suburban Douglas County on the grounds that, in permitting the vouchers to be used in religious “partner schools,” the program violated the state constitution’s bar on aiding religion.

This is a national story because, as the New York Times puts it, “The vouchers were at the heart of a series of conservative reforms that have transformed Douglas County into an educational battleground in recent years, pitting teachers’ unions, civil liberties groups and liberal parents against conservative families, a majority conservative school board and a group backed by the billionaire conservative Koch brothers.”

There’s no question that providing the option of faith-based education is central to the county’s conservative reform plan. Not only are sixteen Of the 23 eligible partner schools religious, but 14 of them are located outside the Douglas school district (which lies between Denver and Colorado Springs). Yet Article IX, Section 7 Colorado Constitution leaves little doubt about how the state regards aid to religion:

Neither the general assembly, nor any county, city, town, township, school district or other public corporation, shall ever make any appropriation, or pay from any public fund or moneys whatever, anything in aid of any church or sectarian society, or for any sectarian purpose, or to help support or sustain any school, academy, seminary, college, university or other literary or scientific institution, controlled by any church or sectarian denomination whatsoever; nor shall any grant or donation of land, money or other personal property, ever be made by the state, or any such public corporation to any church, or for any sectarian purpose.

Proponents of the voucher plan say they’ll appeal directly to the U.S. Supreme Court, and they could prevail. In 2002, the Court ruled in Zelman v. Simmons-Harris that vouchers used by parents to pay for the children’s education at religious schools did not violate the U.S. Constitution’s ban on religious establishments. But two years later, the Court ruled in Locke v. Davey that a state could deny a public scholarship to a student for study at a seminary. And even if the Court overruled Colorado’s constitutional ban in principle, it could find that by designating particular religious schools for aid and declining to designate others, Douglas County impermissibly crossed the constitutional line on religious establishments.

Whatever transpires, there’s no question that we have entered a period of increased litigation over religion (think contraception mandates and same-sex marriage). In recent years, both liberals and conservatives have flirted with the idea that religious actors should be treated on the same terms as non-religious — bound by “neutral laws of general applicability” on the one hand and entitled to the same opportunities and privileges as secular actors on the other.

But in writing the First Amendment, the framers of the Constitution recognized that religion is not the same as other forms of action and expression. Its “free exercise” is entitled to special consideration, and its “establishment” is subject to special limitations. In other words, neutrality towards religion is not what America was supposed to be about. That’s worth bearing in mind as we head into the minefield.