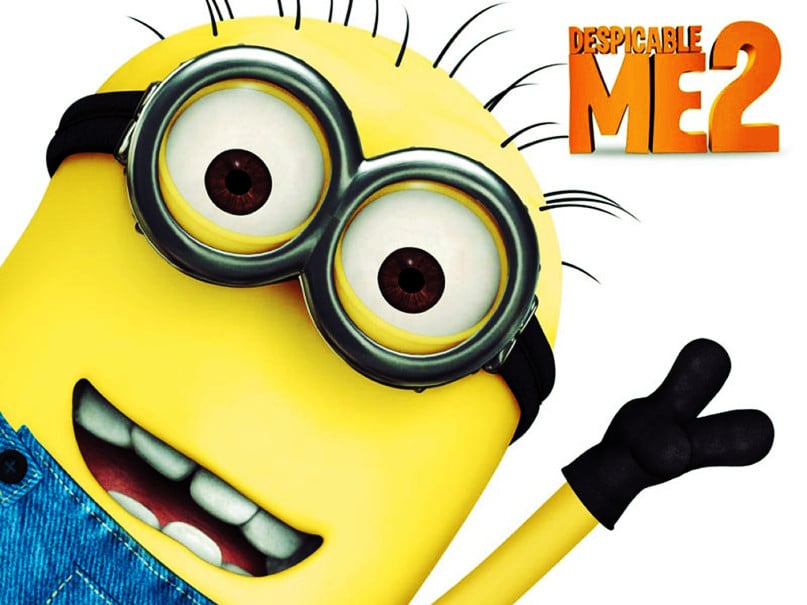 Tomorrow, one of the summer’s most anticipated movies will hit theaters. Minions is a prequel to the Despicable Me movies, which were co-written by Cinco Paul and Ken Daurio. Those movies were hugely successful, with Despicable Me 2 grossing nearly a billion dollars at the box office in 2013.

Cinco and Ken have stepped down from the franchise temporarily to work on The Secret Life of Pets (2016) before returning with Despicable Me 3 (2017). So while they didn’t pen the script for Minions, its release this weekend seemed like a great time for me to check in with Cinco about the intersection of his career and his LDS faith. –JKR

RNS: Were you raised Mormon?

Cinco Paul: I grew up in Phoenix and my mom was a member of the [LDS] Church, and my dad was a non-practicing Catholic who did not go to church. My dad was pretty anti-Mormon in a way, so our exposure to church was limited. There was only so much he would let us do. In those days, Sunday School and sacrament meeting were separate, so we would only go to Sunday School, which was in the morning. But the rule was always that when we were sixteen we could get baptized. So I attended church through my childhood and watched while all the other boys got the priesthood and got to pass the sacrament. But by the time I turned sixteen it was not high on my list of priorities. I still attended church, but I had a lot of questions and wasn’t sure what I believed.

It wasn’t until I was about to go to Yale, all the way across the country, that I felt like it was time for me to really decide if this was what I believed and how I wanted to live. That was a time of real soul-searching and heavy praying. I think I got baptized the day before I left for college. It was small, with just my mom and sisters and a couple of missionaries. I was baptized in a swimming pool!

RNS: Did you go on a mission?

CP: I turned nineteen after my first year of college, and I had a desire to serve a mission, but my dad gave me an ultimatum that if he was going to pay for school then I was going to finish college first. I loved my four years at Yale, and then after that I put in my papers. I wound up serving a mission in Tokyo. I was actually engaged those two years — my wife, who I met at Yale and joined the church just before I left, waited for me and we got married as soon as I got back. 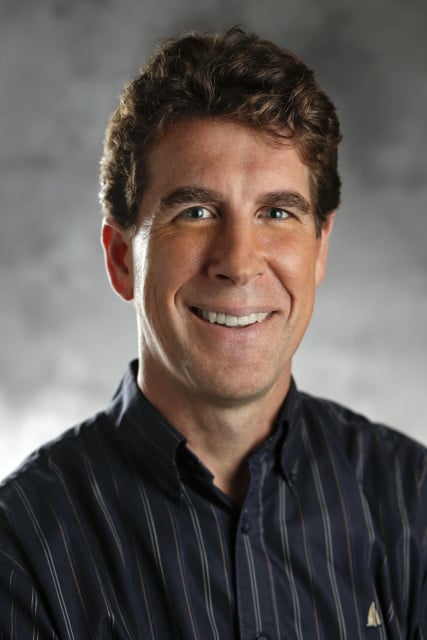 RNS: How did you get started in screenwriting?

CP: I’ve been really fortunate because almost straight out of USC film school, I wrote a spec script and sold it. Those were the days when spec screenplays could sell for a lot of money and launch your career. It was 1994, and I sold it to Columbia Pictures, which is now part of Sony. I didn’t get an actual movie made until seven years later when Ken and I teamed up for Bubble Boy. In Hollywood selling a script is the first step, but the next step is getting a movie made. So even though Bubble Boy was a critical and commercial failure, it proved that we could get a movie made. Then we did Santa Clause 2 after that. And although that was no masterpiece, it really launched us to the next level.

RNS: I read about your “big break” when you sold an idea to Dr. Seuss’s widow. (It was on Wikipedia, so it must be true, right?)

CP: The break was less about Mrs. Seuss and more about Chris Meledandri, who was running Fox Animation at the time. He loved a script Ken and I had written and passed it along to Audrey Geisel [Mrs. Seuss]. Cat in the Hat had just come out and she was very unhappy with that movie, and the sexual innuendoes that were in the script. So she was pleased to have two Mormon guys writing Horton Hears a Who!.

RNS: So your writing partner is LDS too?

CP: Yes, and we met through the Church. It was in 1997, and it was the sesquicentennial celebration of the pioneers arriving in Utah. Our stake wanted to put on a play, and they asked me to write it. So I wrote this musical about a pioneer girl and a modern girl who switch places. Ken auditioned for the show and got in, and we became friends. At some point I said, “Let’s write a script together!” It never got made, though it sold.

RNS: Are there specific instances where your Mormon beliefs got written into a script or character?

CP: The first example for me is Horton. Obviously, Dr. Seuss wrote the book, but as Ken and I were writing the script, we saw a lot about faith. Hearing a voice that nobody else hears . . . It’s like Joseph Smith saying he knew he had seen a vision, even though nobody believed him. Those words of Joseph Smith actually did ring through our heads.

Another example is Despicable Me, which was in many ways the most personal thing we’d ever done. I have three kids [now 24, 20, and 16] and Ken has three kids. To me there’s a lot of the gospel in there—maybe not specific to LDS teachings, but about the power of love to change a bad person into a good person. And just how every man has to abandon his villainy when he becomes a dad.

There’s also a scene where the three girls are saying a prayer. We strongly wanted that scene in there. Religion is a very strong part of the lives of people, and it rarely gets any sort of real representation in films and TV. 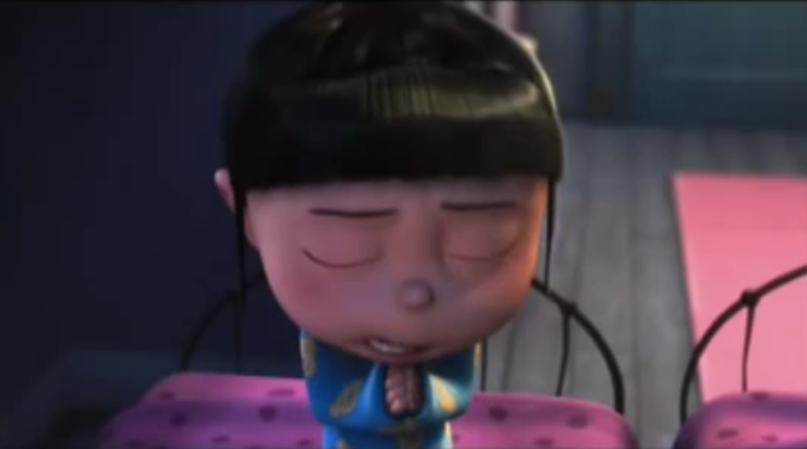 Part of the prayer scene from “Despicable Me.”

RNS: Can you tell me about a Fanboy moment you’ve had, working in Hollywood?

CP: It may sound a little lame, but I grew up just massively loving Julie Andrews. And she is the voice of Gru’s mom in Despicable Me, so we actually got to meet with her. Ken and I go into all of the recording sessions to throw out new lines and ideas as the actors are improvising. So to meet Julie Andrews, and have her even do a little singing for us, was wonderful. She was very lovely and funny, kind of like everything you’d want from her.

It’s just been a dream come true to work with people like Steve Carrell and Kristen Wiig. And Carol Burnett, Jim Carrey, Danny DeVito—all the people who have given life to our words. I do have to pinch myself, because I grew up as a kid so loving the movies. Movies were a huge part of my life. So now to be on the other end, actually doing this for a living, is crazy.

RNS: What’s your calling in the Church these days?

CP: Right now I am the Primary Pianist and the choir pianist. So right now I feel like I’m getting a reward, because for many years I had really demanding callings. Being Primary Pianist is pretty much the best calling in the church!

Religion Hub
Asexual Latter-day Saints face an added dilemma: Finding their place in a tradition focused on marriage
Follow us on Facebook!
Submit your photos to RNS