(RNS) Omar Sharif, the much beloved Egyptian-born Hollywood actor and co-star of “Lawrence of Arabia” and “Doctor Zhivago,” two of the most acclaimed films of all time, died Friday (July 10). Sharif, 83, was one of a growing list of Muslim actors (he converted), and certainly one of the most famous. Here are some other actors who are also religiously or culturally Muslim. 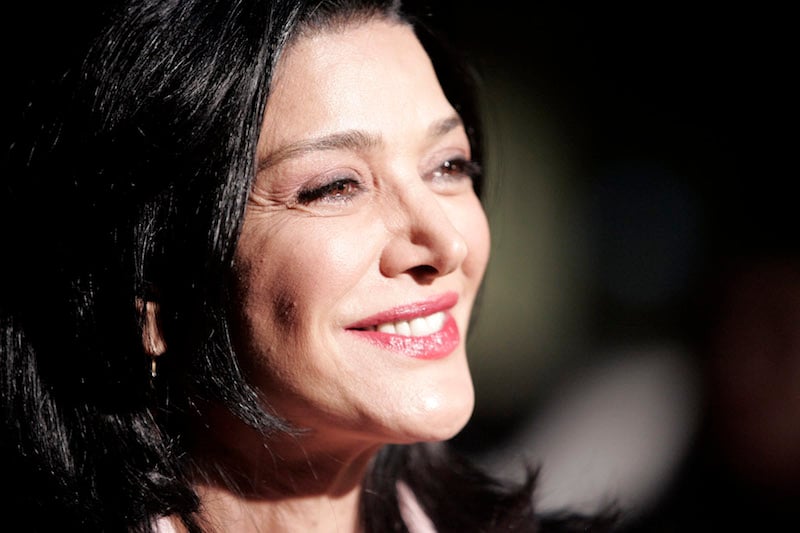 Actress Shohreh Aghdashloo arrives for the premiere of the movie “The Nativity Story” in Los Angeles on November 28, 2006. Photo courtesy of REUTERS/Danny Moloshok *Editors: This photo may only be republished with RNS-MUSLIM-ACTORS, originally transmitted on July 10, 2015.

Her name may not trip off the tongue when trying to name a Muslim star, but this Iranian-born actress was nominated for an Academy Award for her work in the 2003 movie “House of Sand and Fog.” She has appeared since in “X Men” and “The Sisterhood of the Traveling Pants.” She narrates a ton of audiobooks and writes some of her own. Her most recent book, “The Alley of Love and Yellow Jasmines” was about her childhood in Iran. She told the Los Angeles Times, “That’s right, although if I’m asked what religion I am, I say I was born a Muslim. I don’t introduce myself as a Muslim woman.” 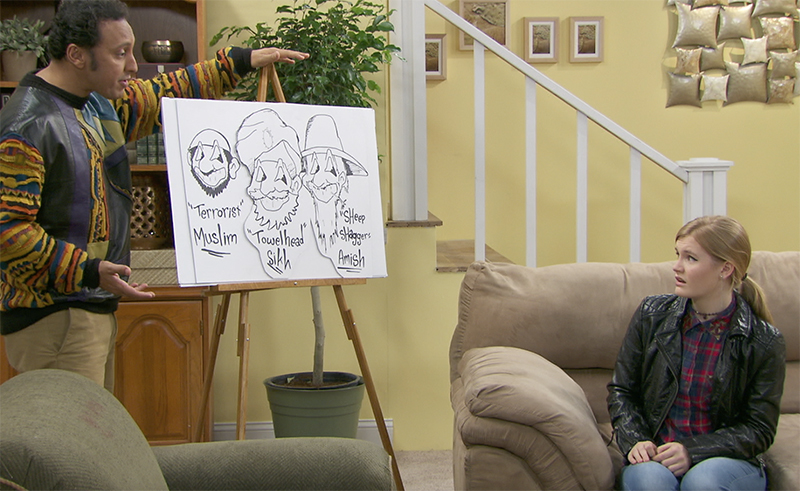 A scene from “Halal in the Family” featuring Aasif Mandvi (left). Photo courtesy of Sweet 180

The Indian-American comedian best known for his stint as a correspondent on “The Daily Show with Jon Stewart” has a long acting resume. He’s got a degree in theater and appeared on Broadway in 2002’s popular revival of “Oklahoma!” directed by British director Trevor Nunn. He is currently appearing in HBO’s “The Brink” and the web series “Halal in the Family,” a project that skewers Muslim stereotypes. In 2015 he told Religion News Service he is a “cultural Muslim.” 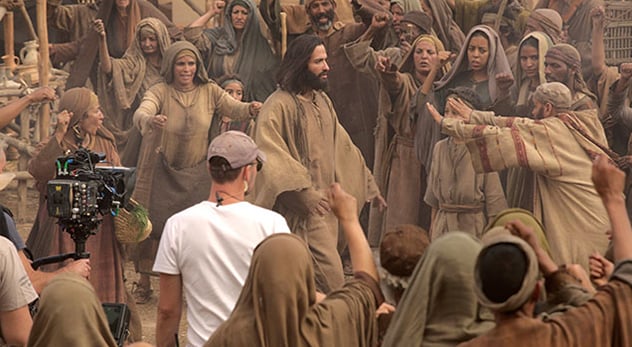 Some people were fussed that this Muslim actor originally from the United Arab Emirates and Lebanon was tapped to play Jesus Christ in “Killing Jesus.” Others said, “Hey, finally, a Middle Eastern dude playing a Middle Eastern dude.” In a Q&A with Christianity Today, Sleiman said, “it’s an honor for me, as someone who was raised Muslim, to play him. It’s beyond an honor.” 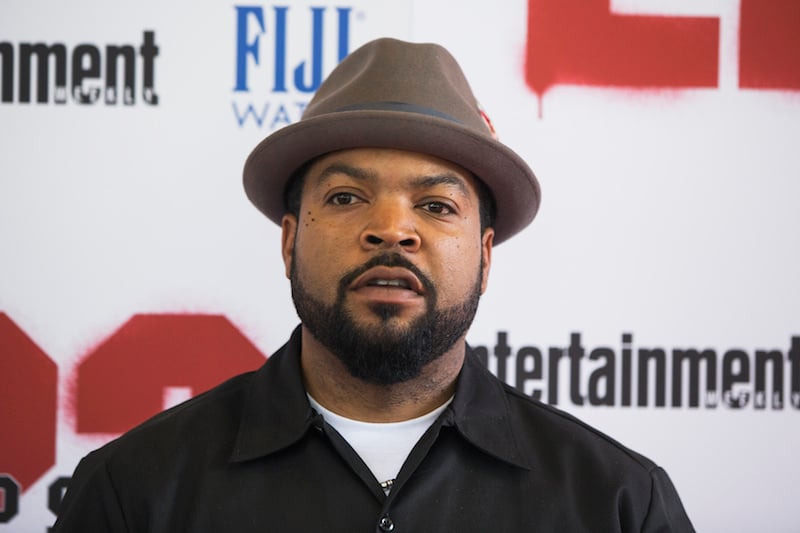 Cast member Ice Cube arrives for the premiere of “22 Jump Street” in New York on June 4, 2014. Photo courtesy of REUTERS/Lucas Jackson *Editors: This photo may only be republished with RNS-MUSLIM-ACTORS, originally transmitted on July 10, 2015.

Born O’Shea Jackson, this American actor, rapper and record producer has at times identified himself as Muslim — though fans have sometimes been confused about whether he means Nation of Islam, an American sect. Ice Cube said in an interview, “Ah, when you say involved with the Nation, it’s tricky. I never was in the Nation of Islam … I mean, what I call myself is a natural Muslim, ’cause it’s just me and God. You know, going to the mosque, the ritual and the tradition, it’s just not in me to do. So I don’t do it.” 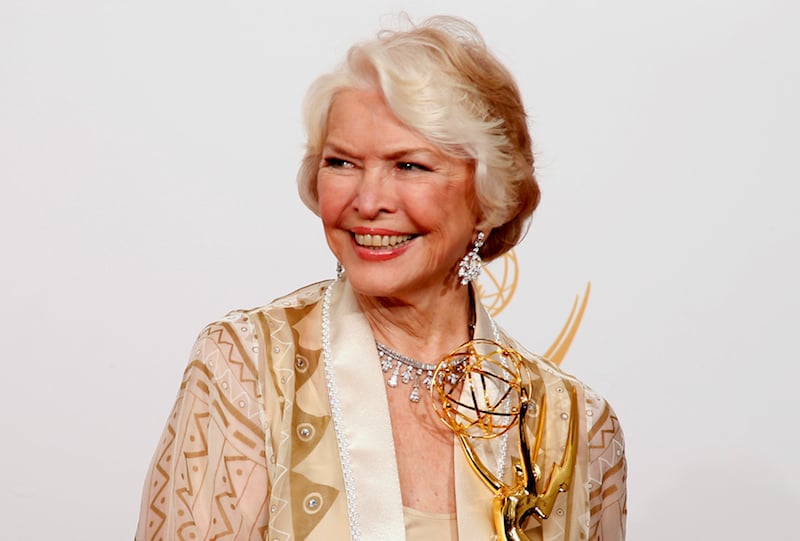 Actress Ellen Burstyn from USA’s miniseries “Political Animals” poses backstage with her award for Outstanding Supporting Actress In A Miniseries Or A Movie at the 65th Primetime Emmy Awards in Los Angeles on September 22, 2013. Photo courtesy of REUTERS/Lucy Nicholson *Editors: This photo may only be republished with RNS-MUSLIM-ACTORS, originally transmitted on July 10, 2015.

No, really. This Academy Award-winning American actress is a follower of Sufi Islam, the mystical branch of Islam. Her Sufi teacher even gave her a Sufi name — “Hadiya,” which means “she who is guided” in Arabic. In 2006, she told Beliefnet her current spirituality is a blend of Islam and Christianity. She was attracted to Sufism, she said, because of “the idea that we didn’t have to say, ‘I am a Christian’ or, ‘I am a Buddhist’ or, ‘I am a Muslim,’ but, ‘I am a spirit opening to the truth that lives in all of these religions.'” That, she continued, “brings you into a place where you see that the differences are in the dogma, and the essence is very, very similar.”