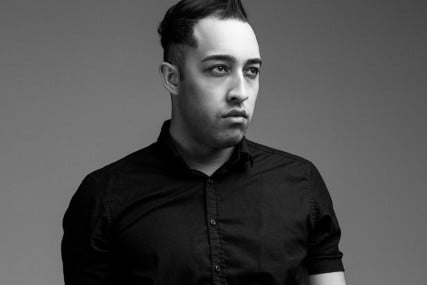 Eliel Cruz is a contributor on religion, (bi)sexuality, media and culture at The Advocate, Mic and Religion News Service. Photo courtesy of Eliel Cruz

(RNS) I have to force myself to go to church.

Saturday mornings, when Seventh-day Adventists like me observe Sabbath, I lie in bed extra-long. Sometimes, I roll over and shut my eyes. Other times, I have to physically force myself to get up and prepare, both mentally and physically, to go.

It didn’t use to be this way. I remember waking up extra early as a preteen when I was excited to go to church. More than likely, I would be singing at both services, either in a choir or in special music. I would stay long hours after the service for evening vespers.

READ: My prayer: Iran deal will help millennials in US and Iran bridge the divides

That all changed when I came out as bisexual. I no longer felt welcome at worship.

It wasn’t that I was explicitly told to stay away. Yes, some individual church members expressed their disappointment in my coming out (as if it were anything that they had to approve or disapprove of). But mostly, it was the small things that clearly signaled I would never be an accepted member of the church.

I don’t think many straight Christians understand that it only takes the one sermon condemning homosexuality for LGBT people to know they’re not wanted.

If the only time you mention the LGBT community is in condemnation, how are we supposed to believe you love us?

It is possible to preach a traditional stance on homosexuality and still come off as welcoming and loving. I’ve seen it happen. It’s just incredibly rare.

More often than not, the sermons preached in traditional denominations are condemning. The sermons are preached as if LGBT people don’t exist, as if we’re just theoretical ideas, as if we weren’t sitting in the pews. The sermon will call sex between people of the same gender an abomination and that’ll be the end of it.

Just gay sex. There’s no talk of how the church is failing the LGBT family or how we should be more welcoming of those on the margins. Just the sex.

I know these types of sermons only happen once in a while. Sometimes it’ll be years in between. Still, that one sermon changes everything.

READ: What if Atticus Finch turned out to be a polite racist?

It’s hard to listen to a sermon on virtually any other subject after that. A sermon on grace from a pastor who doesn’t show grace to the LGBT community comes off as all talk. I know that sermon on grace isn’t meant for me.

Or if the following week, the pastor preaches about God’s love for everyone, I’ll hear the silent caveat of “except for the LGBT community.” How can I believe that pastor who says if we accept Jesus as our savior we’ll be saved when the week before he said, “the effeminate will not inherit the kingdom of heaven”?

No, those sermons aren’t for me. They’re meant to exalt straight Christians.

I’ve tried to go to churches that support the LGBT community. Almost all of them worship on Sunday. That doesn’t necessarily keep me from going. I enjoy visiting other churches as a way to broaden my interfaith network.

But I want to be in a church that most closely aligns with my beliefs. Right now, for better or worse, that’s the Seventh-day Adventist Church.

Unfortunately, my denomination, as well as many other traditional denominations, doesn’t want anything to do with me. If it did, preachers and followers would do more than condemn. They would find ways to show, tangibly, they loved and cared for us.

The church should be a sanctuary. A place of fellowship. A holy place.

The church should be a place where LGBT people are mentioned not as sex acts but as children of God.

I want to have, again, the sense I had when i was young and excited to go to church, and fellowship with fellow believers.

I yearn for that place.

Related Posts
By Jack Jenkins
Blasting lawmakers, USAID official quits over alleged 'anti-Christian sentiment'
By Alejandra Molina
‘Your fight is my fight’: Latino clergy and faith leaders rally behind Black Lives Matter
By Yonat Shimron
Religious conservatives look to the next Supreme Court rulings on religious liberty
By Mark Silk
Measuring the religious significance of the Supreme Court's LGBT decision
By Alejandra Molina
Four young people of different faiths move into a home together, then a pandemic happens