In response to the killing of five service members in Chattanooga, Tenn., last week, Graham, son of evangelical leader Billy Graham, wrote on Facebook that the U.S. should bar Muslims from immigrating.

“I was so sad when I read the Facebook posting of Franklin Graham,” Bob Roberts Jr., pastor of NorthWood Church in Keller, Texas, said Thursday at a gathering on Capitol Hill. “This is not ‘evangelical’ and even less evangelistic. I don’t want American Muslims to think we fear them or that they are our enemies.”

Roberts went on to describe the contributions of the American Muslim community to protect the rights of Christians in Pakistan. 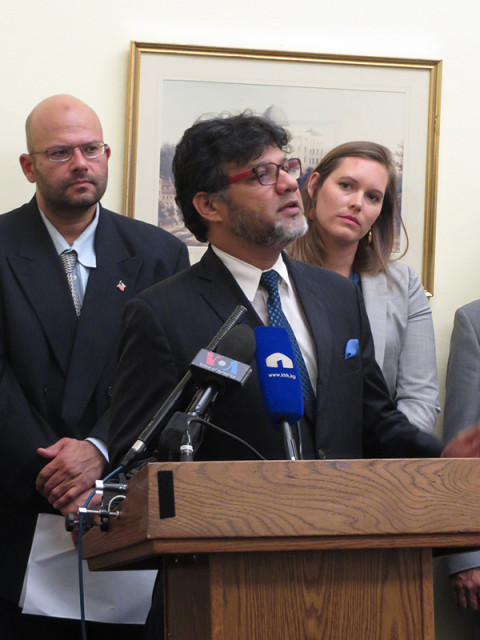 Leaders from the All Dulles Area Muslim Society, the Islamic Society of North America and the Muslim Public Affairs Council, among others at the event, expressed their condolences to the deceased service members’ families and highlighted the widespread denunciations of the shooting from within the American Muslim community.

“These violent acts are unjustifiable and are a gross violation especially on the 30th day of Ramadan,” said ISNA President Azhar Azeez. “This is known as a month of charity, a month of mercy, a month of forgiveness.”

This isn’t the first time Muslim leaders, Roberts and other evangelical pastors have collaborated. After 9/11, Roberts brought together a group of 12 evangelical ministers and 12 imams. He is organizing an Oct. 22 conference of imams and evangelical pastors to strengthen ties between the groups at the First Baptist Church of Glenarden, in southern Maryland.