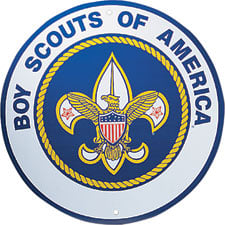 DALLAS (Reuters)  The Boy Scouts of America is expected to end its ban on gay adult leaders on Monday, dismantling a policy that has deeply divided the membership of the 105-year-old Texas-based organization.

The Boy Scouts National Executive Board will consider a resolution that was unanimously approved by the organization's executive committee on July 13. The organization is urging an end to the ban because of "sea change in the law with respect to gay rights."

The membership policy change would no longer prohibit gay adult participation but would allow local units latitude to make their own choices regarding gay leaders.

"The BSA national policy that prohibits gay adults from serving as leaders is no longer legally defensible," the organization said in statement earlier this month. "However, the BSA's commitment to duty to God and the rights of religious chartered organizations to select their leaders is unwavering."

The decision would follow the landmark ruling in late June by the U.S. Supreme Court allowing same-sex marriages nationwide. In May, the Boy Scouts' president, former U.S. Defense Secretary Robert Gates, called the ban "unsustainable" and said it needed to change.

The Irving, Texas-based organization lifted its ban on gay youth in 2013, but had continued to prohibit the participation of openly gay adults.

The selection of Gates as president of the organization last year was seen as an opportunity to revisit the policy since he helped end the "Don't Ask, Don't Tell" policy that barred openly gay people from serving in the U.S. military.

The Boy Scouts of America, whose stated mission is to prepare youth for life and leadership, has 2.5 million youth members between the ages of 7 and 21 and about 960,000 volunteers in local units, according to the organization's website.

The anticipated end of the Boy Scouts ban has been welcomed by gay rights advocates and criticized by conservatives.

Zach Wahls, an eagle scout and executive director of Scouts for Equality, has labeled the ban a "towering example of explicit, institutional homophobia."

John Stemberger, chairman of the breakaway Christian youth outdoor program Tail Life USA, said on Friday that lifting the ban is an affront to Christian morals and will make it "even more challenging for a church to integrate a (Boy Scouts) unit as part of a church's ministry offerings."