Nothing says, “I have no idea what I’m talking about” like a pastor, blogger, or social media troll complaining about “journalistic integrity.” Those who use this phrase are typically not saying anything about journalism; they just don’t like what the writer has to say. How do I know this? Because I’ve met more than my share of them and, when pressed, they cannot even define the word “journalism.”

Upon receiving this criticism, I usually respond with twin questions:

With rare exception, the critic has no answer—not even a bad one—to either question. Instead of doing the hard work of defining terms they seek to use, the individual has mindlessly commandeered a phrase that they’ve heard someone somewhere (probably on a cable news network) use and invoked it to hopefully cast doubt on the writer’s credibility.

A person shouldn’t use words they don’t understand. That seems like a intuitive life principle–like “eat when you’re hungry”–but I’m astounded by how many people ignore it. So here’s a little post to help clear a few things about these matters up.

One of the most helpful things to remember is that journalism is not monolithic. Most people conflate “journalism” with “reporting.” This is a grave mistake because though reporting is journalism, journalism is more than reporting. Most journalists generally fall into one of two broad categories: reporters and commentators. That’s why if you pick up a newspaper—as fewer and fewer people are doing—it will essentially be split into a “news” section(s) and an “opinion” section. These sections are run under two different desks with two separate sets of standards. What is happening in these sections are not the same because reporting is not commentary and vice versa.

In news writing, where information is reported, for example, there should be a balance of perspectives offered by sources other than the writer. Typically, at least three sources representing a range of perspectives on the topic are quoted. The author’s bias should be minimized as much as possible (I don’t believe bias can ever be completely eliminated). They should cover news, in the words of Adolph Ochs, “without fear or favor.”

In opinion writing, the writer is commenting on news, rather than reporting on it. The opinion writer is paid to have an opinion and maintains no illusion of being unbiased. Therefore, the best opinion writing should assert a strong point of view. And a commentator is not obligated to interview sources—though often he or she can if they deem it to be helpful—because the writer is merely offering an opinion on what is already known.

>>This is only a partial list of what comprises journalistic integrity. See also The Society of Professional Journalists, Center for Journalism Ethics, or The New York Times’ Ethical Journalism Guide.<<

Learning to distinguish between these two broad categories is important. Last week, I wrote an opinion article at Religion News Service that cited a particular blog’s views on a topic. One of the website’s bloggers wrote me upset that I didn’t contact him for an interview to get the latest iteration of their opinion on the matter. But RNS readers don’t know this person or care that much about what this person has to say. The person played the journalistic integrity card, but he was really shouting, “I have no idea what I’m talking about.” He had conflated news with opinion.

You’ll also witness this misunderstanding when liberals complain about Fox News having the most “biased reporting on television.” Ask them who they are referring to and they’ll mention Sean Hannity, Megyn Kelly or Bill O’Reilly. Are those three hosts biased? Yes. Are they reporters? No. They are commentators. So if you know they have strong opinions of a particular type, it means they are actually doing their jobs.

Of course, the lines are often blurry. In addition to these broad categories, there is also feature writing, blogging, analysis and other kinds of writing that may blend reporting and commentary in a way that makes evaluating the “journalistic integrity” difficult. These lines have grown blurrier in the digital age where websites have developed sections and sub-sections with headings that do not make clear whether you are reading opinion commentary or reported news. Many reporters now have blogs on their publication’s website where they can assert their opinions freely.

More than 90 percent of what I write falls under opinion—either straight commentary or analysis. I do very little reporting because a) I don’t like it and b) I’m not that good at it. But when it comes to other writers and articles, here’s a tip: If you don’t know, ask. And always ask before you start yammering on about “journalistic integrity” and end up cleaning cream pie off your face.

Now this might all sound like sour journalistic grapes to you, and perhaps some of it is. If you deal with critics as much as I do, your grapes would start fermenting too. But more than that, it matters. Because many of my readers are also vocal Christians. As Augustine wrote in The Literal Meaning of Genesis:

If [a non-Christian] finds a Christian mistaken in a field, which they themselves know well, and hear him maintain his foolish opinions about the Scriptures, how then are they going to believe those Scriptures in matters concerning the resurrection of the dead, the hope of eternal life, and the kingdom of heaven?

In other words, if Christians go around talking out of their heads about journalism (or climate change or the fossil record or transgender issues or….), then people in those fields who actually have experience in and knowledge about them will dismiss Christians’ other seemingly incredible claims about other matters like, say, a God-man who was crucified and resurrected.

Brothers and sisters, you are not professional journalists. When you pretend to be, you destroy among yourselves the very thing you hope to preserve in those you criticize: credibility.

JOIN JONATHAN AT HIS NEXT WRITER’S BOOT CAMP THIS NOVEMEBER IN ATLANTA, GEORGIA 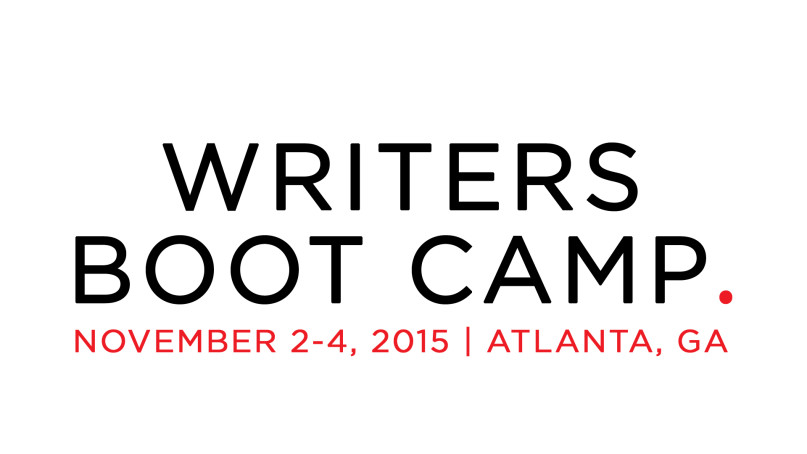