In his 30-city “Everything Is Spiritual” tour, the former megachurch pastor and short-lived Oprah Winfrey Network talk-show host delivers a two-hour monologue aimed to a millennial generation less interested in sin and judgment and more attuned to science and cosmic connections.

“A bunch of the old stories that we used to rely on just aren’t working anymore,” Bell told a crowd of almost 500 during a tour stop in Durham. “I want to take a stab at a new story.”

READ: In ‘I Am Cait,’ Caitlyn Jenner is doing the Lord’s work

Wearing a gray denim jacket, a white collared shirt, chinos and ankle boots, Bell used only one visual aid: a large dry-erase board in the shape of a long, skinny triangle. In the far left corner he drew a small black dot representing the Big Bang. Moving to the right, as the universe expanded over the course of his talk, he sketched milestones of evolution over 13.8 billion years. 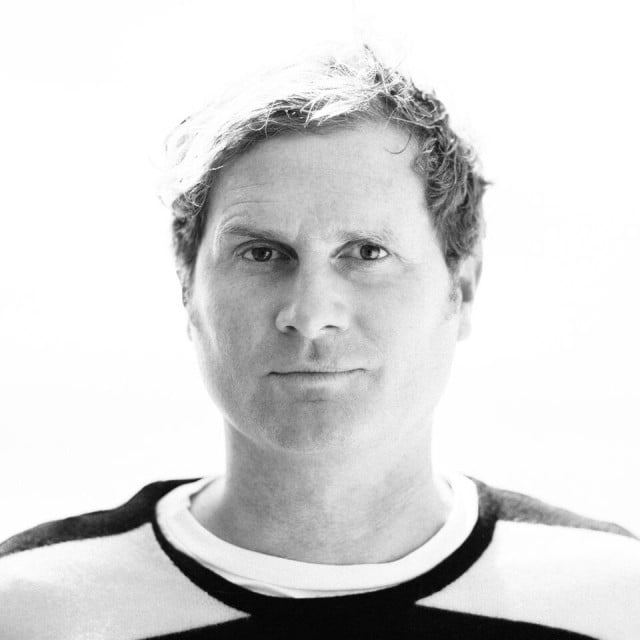 A graduate of Wheaton College and Fuller Theological Seminary, Bell became an evangelical luminary with the success of Mars Hill Bible Church in Grandville, Mich., which he founded at age 28. The church, which once boasted a Sunday attendance of 10,000, became Bell’s calling card as he urged young Christians to embrace their doubts, dig into their Jewish roots and treat the Bible as literary rather than literal.

Then he published “Love Wins,” in which he questioned the existence of hell. Evangelicals were swift to part company, describing Bell as a modern-day heretic.  “Farewell, Rob Bell,” retired megachurch pastor John Piper famously tweeted.

A year later, Bell left Mars Hill and moved to Los Angeles in search of a broadcast audience and a “more forgiving faith.” Earlier this year, the partnership with Oprah fizzled, but Bell says he’s working on another TV program.

“Let’s grow up,” he says, summarizing the anti-religious materialism of the modern West.

READ: Southern Baptists cozy up to GOP after pulling back

“That works until you’re standing in the hospital room and your first kid is born, and you need something more,” he said. “You and I are made of dust and bones, and yet you are also made of something called spirit. You are crammed full of a divine breath of life itself. You are an exotic cocktail of dust and soul, bone and spirit.”

Bell casts what we now call “science” not as an enemy of faith but as a source of spiritual insight.

Tony Jones, a theologian, author and blogger, said Bell is at the leading edge of a cultural move toward mysticism.

“People are getting frustrated with the pure, cold rationality of science,” said Jones. “Rob holds science in high esteem, but Rob is really a lot about mystery. You can be a thinking person who appreciates reason and science, but there are things we can’t explain.”

In “Everything Is Spiritual,” Bell explores the religious mystery within science. Drawing on the evolutionary theology of the early 20th-century Jesuit paleontologist Teilhard, Bell argues that ever since the Big Bang, matter has been developing more complexity, depth and unity. Particles bonded to form atoms. Atoms bonded to form molecules. Molecules bonded to form cells. Cells bonded to form organisms. Humans developed language to form social bonds.

“You say, ‘I just want to be part of something bigger than myself.’ Congratulations. Everything in the freaking universe has been saying the same thing for 13.8 billion years,” said Bell. “The universe moves forward when people of similar essence and substance bond together. Loneliness is going the wrong direction. Racism is the failure to bond with another of similar essence and substance.

“Progress,” he said, in a nod to Teilhard, “is the soul of the universe.”

Jessica Russell, who attended the Durham event, said she liked Bell’s summary of “The Spirit Level,” a book-length study by British epidemiologists Kate Pickett and Richard Wilkinson showing how societies with wider gaps between rich and poor have more crime, mental illness, infant mortalities, illiteracy and other social ills. Even the rich in those nations have lower life expectancy.

Bell’s talk reminded Russell of Martin Luther King Jr.’s famous quote: “The arc of the moral universe is long, but it bends toward justice.”

“That’s consistent with the way that God has been moving,” said Russell, 30. “If you read the Bible, some of the things seemed kind of archaic, but they were actually quite progressive in their time.”