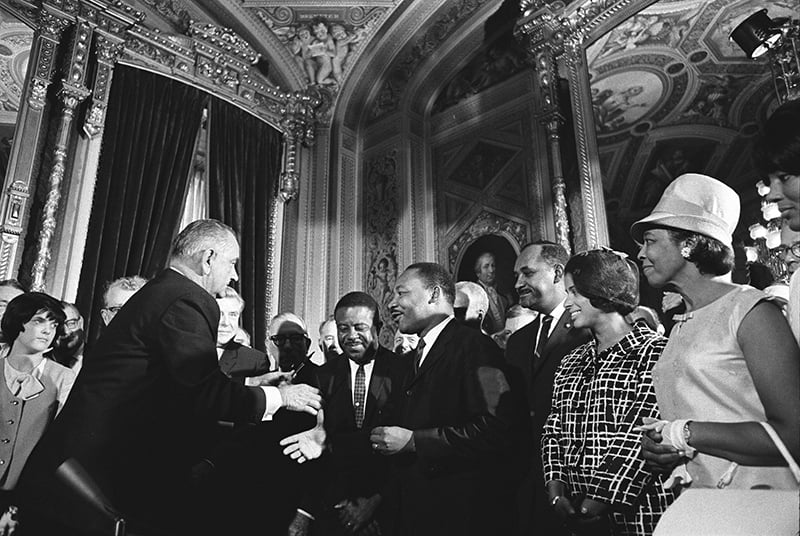 President Lyndon B. Johnson and the Rev. Martin Luther King Jr. shake hands at the signing of the Voting Rights Act of 1965. Photo courtesy of Wikimedia Commons, Public Domain

(RNS) Fifty years after the signing of the Voting Rights Act, the president of the Progressive National Baptist Convention said black churches will be redoubling efforts to maintain access to the ballot box.

The act, signed into law by President Lyndon B. Johnson 50 years ago Thursday (Aug. 6), was a crowning achievement of the civil rights movement. But in 2013 the Supreme Court invalidated key provisions, and many states, nearly all of them under Republican control, passed new voting restrictions that critics say target minority voters.

The Rev. James C. Perkins said the historically black PNBC, which is holding its annual meeting in Dallas this week, is joining other religious and civic groups to challenge restrictions in state voting laws.

On Wednesday, a federal court ruled that a Texas voter identification law discriminates against minorities. A federal judge is now looking into a Justice Department challenge to new voting restrictions in North Carolina.

In some states, popular “Souls to the Polls” drives that transported churchgoers to vote on the Sunday before Election Day have been prohibited.

Perkins said that his and other denominations will work to educate pastors about dozens of other laws that are making it more difficult for people to vote. 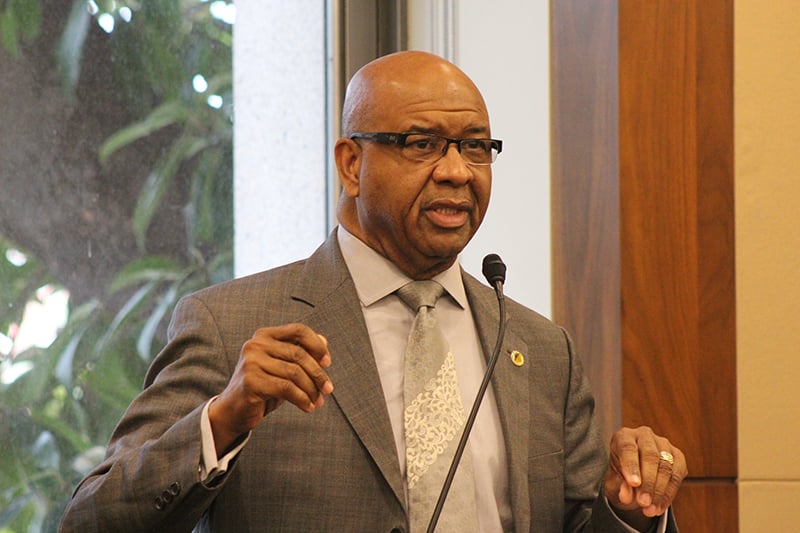 “We’re trying to call attention to these kinds of laws that have been implemented to show that the Supreme Court was wrong,” Perkins said. “There still is a need to protect our Voting Rights Act.”

His denomination intends to register 200,000 people as part of a larger effort to involve 1 million new people in the voting process in time for the 2016 election.

The PNBC is joining with other black denominations and two organizations co-founded by the Rev. Martin Luther King Jr., the Southern Christian Leadership Conference and the Drum Major Institute, in voter education and registration initiatives.

In June, the PNBC commended presidential candidate Hillary Clinton for calling for automatic voter registration for 18-year-olds. Perkins said he awaits Thursday’s Republican debate to see if any of the candidates will address voting rights and voter suppression.

“Voting is the most basic right in a democracy,” he said. “And when you work to try to keep people from voting, you’re undermining the very democratic principle that causes the United States to be great.”