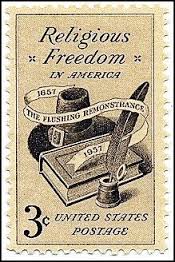 Alleging an assault on religious freedom by the Obama Administration has been a major Republican hobby for a couple of years now, so it's a safe bet that there will be at least one question on the subject in tonight's Fox Beauty Pageant. The question should go to Jeb Bush. Here's why.

In an interview with the Southern Baptist Convention's Russell Moore on Tuesday, Bush had this to say about the Supreme Court's same-sex marriage decision: "[T]he president should have not just the right but the duty to explain why this is a threat to not just religious freedoms but other freedoms.” He continued:

In the same interview, Bush fell victim to his family's congenital foot-in-mouth disease when, in responding to a question about Planned Parenthood, he commented, "I’m not sure we need half a billion dollars for women’s health issues.” This led to an immediate "clarification":

With regards to women’s health funding broadly, I misspoke, as there are countless community health centers, rural clinics, and other women’s health organizations that need to be fully funded. They provide critical services to all, but particularly low-income women who don’t have the access they need.

So here's the question: "Governor, earlier this week you indicated the need to balance religious freedom and non-discrimination, and you supported providing women with critical health care services. Currently religious organizations may obtain a waiver from Obamacare's contraception mandate by sending a form to the government, whereupon the insurance company administering the plan will be told to provide women with contraceptive services free of charge. Do you think that this approach finds the right balance between religious freedom and meeting women's health care needs?"

Last month, the Little Sisters of the Poor, which runs 32 nursing homes in Illinois, Maryland, and New York, appealed to the U.S. Supreme Court after the Tenth Circuit Court of Appeals rejected their claim that this waiver arrangement violated their religious freedom by making them complicit in the provision of contraceptive services. If the Court takes the case, as it very well might, the next presidential administration will be obliged to defend the arrangement -- or change it.

Let's find out what Bush and his fellow presidential aspirants would do.