There’s the golden Ark of the Covenant from “Raiders of the Lost Ark” — the model for the container that housed the Ten Commandments, complete with two winged cherubs as described in the Old Testament.

There’s the cup representing the Holy Grail from “Indiana Jones and the Last Crusade.”

And there are the oblong, translucent Sankara stones from “Indiana Jones and the Temple of Doom,” an imagined artifact based on symbols of the god Shiva.

What is it about Indiana Jones and, more broadly, the quest for religious relics that captures people’s imaginations? 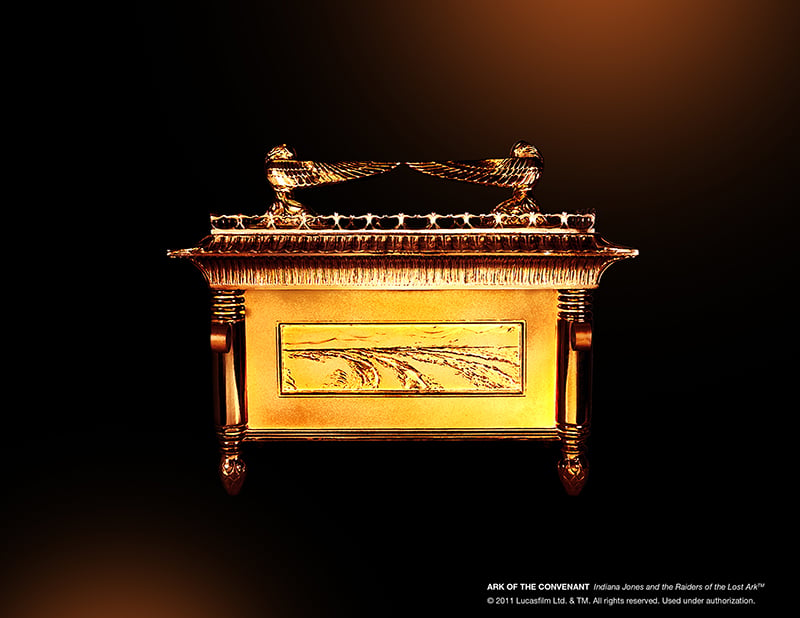 Exhibit curator Fredrik Hiebert said his archaeology students loved the movies when he used to teach at the University of Pennsylvania. So when George Lucas, creator of the film franchise,  reached out to National Geographic about an exhibit, Hiebert “took 20 seconds to say yes” to the proposal.

“I like the fact that George Lucas can entertain, make you laugh and make you think deeply about God, the afterlife and the past at the same time,” said Heibert.

And that’s precisely the appeal of Indiana Jones, according to Peter Manseau, who holds a doctorate in religion from Georgetown University.

“It’s not simply archaeology but the archaeology of the sacred, the idea that once upon a time humans had this immediate capacity to connect with something sacred,” said Manseau, who writes about Jones’ connection to sacred objects in an upcoming issue of the magazine CrossCurrents.

Sacred artifacts also excite people because they lend legitimacy to religious stories, Manseau noted. As much as religion is a matter of faith, he said, these archaeological adventures are at some level quests for proof because sacred artifacts make religion “physical in a way that’s hard to ignore.”

In his own work, Manseau has often gone to see relics, particularly remains of saints, in the process of writing his book “Rag and Bone.” He recalled the impact of seeing the finger of John the Baptist in Florence, Italy, presented artfully in a glass and gold case.

“It was clearly a human finger, a real human life, and that gives stories associated with it all the more power,” he said. “These objects have been the receptacles of devotion for centuries and that also gives them their own significance.” 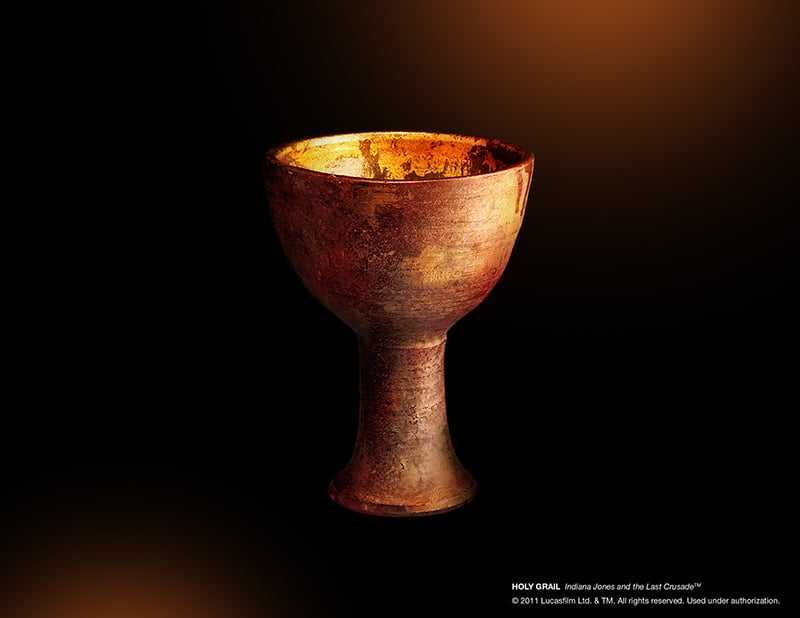 The Indiana Jones films themselves, meanwhile, authenticate religious stories in a way that’s unusual for Hollywood, Manseau said.  For example, in “Raiders of the Lost Ark,” when the Ark of the Covenant is opened, rays of fire strike Jones’ rivals, confirming the ark’s supernatural powers.

But the films also critique certain religious ideas, Manseau said. In “The Last Crusade,” Jones finds that the Holy Grail is a simple unadorned cup from which Jesus may have drunk during the Last Supper or perhaps the Crucifixion, as opposed to a bejeweled gold goblet. This is arguably an understated endorsement of a simpler, non-ostentatious Christianity.

Today, Manseau sees a connection between Jones’ archaeology of the sacred and his own profession as a religion writer.

Meanwhile, the real-life quest for religious artifacts is ongoing. National Geographic is currently studying the oldest temple in the world, Gobekli Tepe in Turkey, Hiebert said.

“It gives me goosebumps,” he said. “I’m thinking this could be the next location for an Indiana Jones film.” 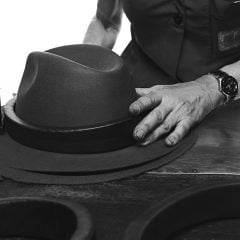 News
For Orthodox Jewish men, the hat known as a Borsalino is tops 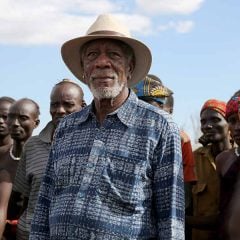 News
In ‘The Story of Us,’ Morgan Freeman explores the human condition 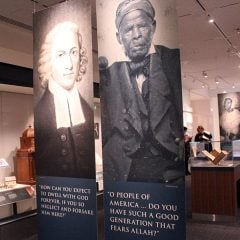 News
Exhibit showcases the earliest stirrings of American religious diversity
Follow us on Facebook!
Submit your photos to RNS