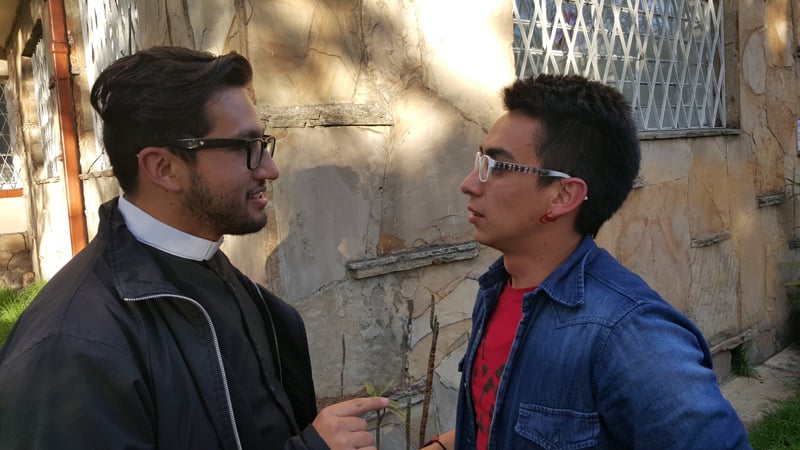 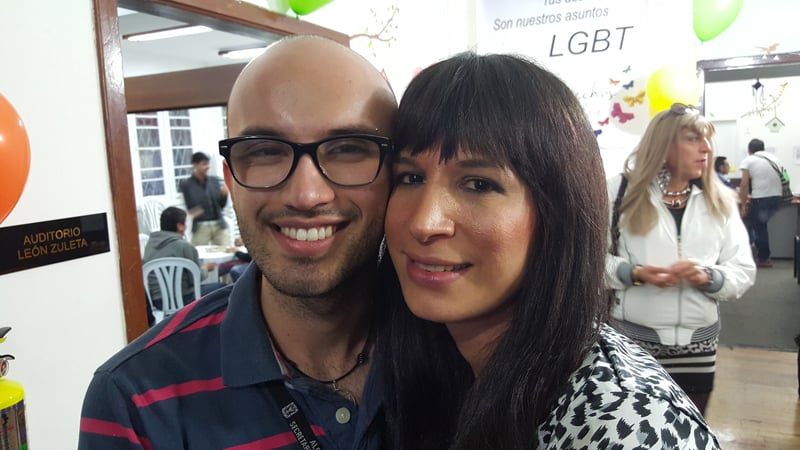 BOGOTA, Colombia (RNS) When Azahy Ali Triana de la Peña began transitioning from man to woman in 2012, one of her fears was how, or even if, she would be accepted in the Roman Catholic Church.

The devout Catholic, who now works at an LGBT center in Bogotá, also worried about whether she would be a man or woman in the afterlife.

“I needed this benediction with my name and this body,” Triana de la Peña, 32, recalled. So she sought spiritual guidance from her priest.

“We are all equal in heaven,” he assured her. “There is no gender in heaven. It’s all souls.”

Not long ago, the thought of a transgender person speaking openly to a Roman Catholic priest in Colombia would have seemed unthinkable. Now cultural shifts are making way for LGBT acceptance, at least in some urban areas.

Recent polls estimate that two-thirds of Colombians oppose same-sex marriage, but that is less opposition than in many Latin American countries, including neighboring Ecuador. Support for same-sex marriage is highest in Bogotá, the nation’s capital, where, in a 2010 poll conducted by local newspaper El Tiempo, 63 percent of residents endorsed the right of same-sex couples to marry in civil ceremonies. 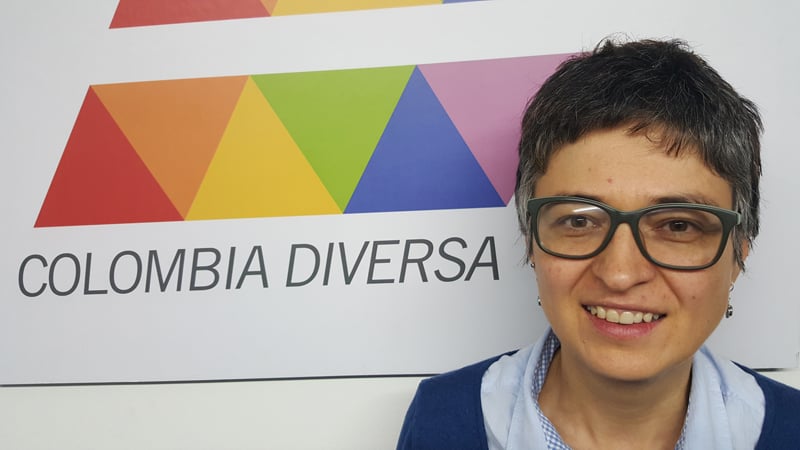 Gay rights advocates in Bogotá say that number would be even higher today in the city of about 8 million, known for its burgeoning gay culture and nightlife. But it’s not just Bogotá.

To Sánchez and other gay rights advocates, these changes are welcome. Many say they stem from young people knowing more “out” family members, friends, classmates and colleagues, and perhaps from Pope Francis’ more moderate tone on LGBT acceptance. An estimated 80 percent of Colombians are Catholic.

Despite some change, activists say the struggle continues. A recent study by Bogotá’s municipal government found that 54 percent of LGBT residents say they have experienced discrimination. That number jumps to 73 percent among transgender people.

Jaime Ricardo Cadavid, the coordinator of a gay community center in Bogotá, said that the sight of two men kissing or holding hands in public is still more likely to upset public sentiments than the “normalized violence” often depicted in films.

“The love is forbidden here, but the violence isn’t,” he said of Colombia, which has been plagued by internal armed conflict for decades. “The LGBT movement has an opportunity to show our society that we can build a better society when we respect diversity.”

Colombia has permitted civil unions for heterosexual and homosexual couples since 2007. Since 2013, some municipal judges have granted civil marriages to about 100 same-sex couples.

Colombia’s highest court is expected to rule on whether same-sex marriage is a constitutional right later this year. Advocates like Sánchez hope the court follows the U.S. Supreme Court in permitting marriage rights for all couples.

Though some leaders of the Catholic order Opus Dei have publicly opposed efforts to legalize same-sex marriage, Colombia’s Catholic hierarchy has been quieter on the matter. Opposition has been more vocal and robust among the nation’s evangelical Christian community.

The Evangelical Confederation of Colombia filed a brief before the Constitutional Court saying that homosexuality is a choice and that the court’s nine members should not “fall into judicial activism” by issuing a decision for the country's 48 million people that does not honor the beliefs of “the moral majority of Colombians.”

Despite such opposition, Colombian President Juan Manuel Santos has voiced support for the legalization of same-sex marriage, which pleases Sen. Armando Beneditti, a prominent human rights activist in the country.

For Beneditti, the issue facing the court is not religious but rather what is fair and constitutional. “Starting from the principle that humans have rights, how can we think that in Colombia a sector of society cannot have the same legal rights as others?” Beneditti told Colombian journalist Juan Carlos Davila Valencia in a recent interview.

Benedetti said he has developed his stance on the issue by “listening to the testimonies of LGBT people as mistreated and discriminated against.” He said there was no reason why, in the 21st century, rights should be “violated and rejected, by a sort of modern inquisition.”

To those in Colombia’s progressive religious community, having allies like Santos and Beneditti is encouraging.

The Rev. Ivan Dario Gutierrez and Monsignor Haiver Esneider Perilla Caballero, both members of the Free Protestant Episcopal Church, an Anglican denomination that is not formally affiliated with the U.S. Episcopal Church, work with poor, homeless and displaced young gay people. They consider their work an integral part of supporting human rights for all.

“It is a vocation of service to everyone,” said the monsignor.

As Ali Triana de la Peña balances the challenges of being a transgender woman and a Roman Catholic in Colombia, Camilo Moreno balances being an openly gay man and beginning the process of converting to Islam.

Brought up Protestant and now working at one of Bogotá's gay community centers, Moreno said he started the “deeply personal process” of converting to Islam three years ago.

Muslims constitute less than 1 percent of Colombia’s population, and such fears have become increasingly common in recent years.

Moreno said he tries to correct stereotypes with earnest talk about Islam’s religious values and significance. He speaks from the heart, and says he must embrace all aspects of his life.

“The truth is, I’m gay,” he said. As someone drawn to Islam, he said he feels the special need “to say the truth in every moment.”

“God has a special form and reality, and he showed me the Muslim way,” Moreno said. “I feel like a Muslim. I have a Muslim soul. I didn’t feel that connection with God when I was a Protestant. I felt bad. Now I feel a connection with the heavens. It’s special, this connection.”