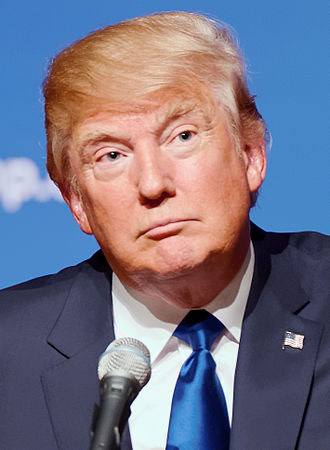 I don’t know how many of you watched the speech Donald Trump gave in Alabama last week, but if  you haven’t you should. The guy can do stand-up. If you close your eyes and don’t pay too much attention to the words, you’d swear you were listening to Billy Crystal.

To say that the crowd of 30,000 at Ladd-Peebles Stadium in Mobile ate it up is an understatement. That of course is God’s Country, so if you thought Trump would throw a bone or two to the white evangelical base, you’d be right.

He said he loved Billy Graham. And after allowing as how his own Art of the Deal is his favorite book, he corrected himself and made it his second favorite book. After the Bible. And, he added, the competition “isn’t even close.” The Bible is way ahead. Whew.

The only other religious reference he managed to get out (with the possible exception of Israel: “I love Israel…they’re great people”) was an acknowledgement of the role of the Deity in his own amazing existence: “I am going to be the greatest jobs president that God ever created.”

The one piece of schtick that fell flat was where the Scourge of Megyn Kelly, eager to profess his devotion to the fairer sex and to give Jeb Bush another jab, promised that a Trump administration would totally cover women’s health issues. Evidently he’s not too bothered by Planned Parenthood or Obamacare’s evil Contraception Mandate.

No wonder what passes for the leadership of what passes for the religious right is freaking out. Here you’ve got these preachers’ kids Ted Cruz and and Scott Walker, this one-time head of the Arkansas Baptist Convention Mike Huckabee, and a slew of other church-going politicians vying to be the next Republican president, and your folks are falling for a fast-talking New Yorker who barely tips his hat to traditional family values.

The latest numbers out of South Carolina, where evangelicals make up two-thirds of the GOP primary electorate, show Trump far ahead of the pack with 30 percent (and 33 percent of evangelicals). OMG, what hath God wrought?