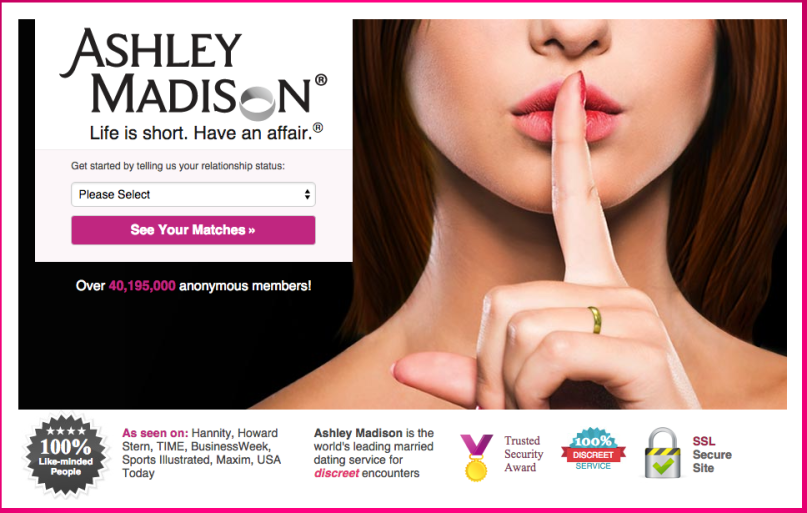 Experts say hundreds of clergy and church leaders might be revealed in the email hack of the adultery-promoting website. One has now gone public with his repentance.

The Ashley Madison hack — the public release of emails of wannabe adulterers — has now ensnared a theologian with a famous name in some Christian circles.

Robert Craig Sproul Jr., best known by his first initials, today stepped up to face his sorrow — and teach a lesson in God’s grace in the process.

He may be the beginning of a wave. LifeWay Research executive director and Christianity Today blogger Ed Stetzer speculated that hundreds of pastors, deacons and more might be shoved into the shaming spotlight for connecting to Ashley Madison, the hook-up site specializing in folks seeking extra-marital affairs.

It’s not yet known how many church leaders are — or will soon be — publicly branded with the scarlet letter like Nathanial Hawthorne’s heroine bearing an “A” on her gown.

Stetzer advised them to“get right with God.” , their families and their churches.

According a faculty biography, he’s the father of eight children, is rector of theology and chair of philosophy and theology at Reformation Bible College. He’s also a teaching fellow for Ligonier Ministries, an outreach ministry. It was founded by Robert Charles Sproul, his father, who is also chancellor of Reformation College. Sproul Jr.’s college biography also describes him as delighting in teaching “the fullness and the glory of the gospel truth that Jesus changes everything.”

Or rather, he was a professor. He was a fellow. He alerted both institutions and, in accordance with church discipline, is now suspended from both roles.

Unlike other Christians, who maintain all of us are born into sin, his sin — or rather prospective thought about maybe sinning — was outed.  And yet, R.C. Sproul Jr., is still teaching a Christian lesson.

This is what he posted on his blog today. It’s titled, “Judgment and Grace.”

The message of God’s prophets in the Old Testament amounted to this- God is not pleased with what you are doing. Repent. We miss that prophets were agents of grace as were the judgments promised. The purpose, in both instances, was to be a goad to repentance, a wake-up call. The same is true today as God works in and through providence. For the believer, judgment is always a work of God’s grace, a goad to repentance. Many Christians have bemoaned the destruction wrought by the Ashley Madison hack. The truth of the matter is that just as Ashley Madison did not create unfaithful hearts, so this hack did not create damning exposure. Rather for some it was a means of His grace.

In August 2014, in a moment of weakness, pain, and from an unhealthy curiosity, I visited Ashley Madison. My goal was not to gather research for critical commentary, but to fan the flames of my imagination. There I found two gracious judgments. First, I felt the grace of fear. Second, I felt the grace of shame. I was there long enough to leave an old email address. And within minutes I left, never to return. I did not sign up for their service or interact with any clients. I have always remained faithful to my wife even after her passing.

The grace of God’s judgment bore its fruit, and by His grace I repented of my sin. By His grace, I have also received His forgiveness, the outworking of His love. Prophetic providence had done its good office. Jesus died for this sin, but there are still earthly consequences. With the revelation of the hack has come the revelation of my sin. I recently informed the board of Ligonier Ministries, which has handled the matter internally, having suspended me until July 1, 2016. I also informed my presbytery which is also handling the matter internally. And now the world is informed.

My sin, sadly, has impacted those who are innocent- my colleagues, friends, and family. I have and will continue to seek their forgiveness. I covet your prayers.

It should be noted that the CEO of Ashley Madison’s parent company has also resigned in the wake of exposure of his own affairs.

Posted in
Beliefs Cathy Lynn Grossman: Faith and Reason Opinion
Get the RNS spiritual guide to the 2020 election

General story
Evangelical Alabamans: Don’t vote for Moore, even if his Christian presuppositions are correct
Opinion
What I wrote was completely truthful
Beliefs
After winning 5 Grammy and 40 Dove Awards, Sandi Patty will call it quits
Beliefs
The Ashley Madison hack points a theologian toward grace
Culture
What Anna Duggar doesn’t understand about Christian forgiveness (COMMENTARY)
© Copyright 2020, Religion News Service. All rights reserved. Use of and/or registration on any portion of this site constitutes acceptance of our User Agreement and Privacy Policy, Privacy Statement and Cookie Notice. The material on this site may not be reproduced, distributed, transmitted, cached or otherwise used, except with the prior written permission of Religion News Service.