According to Time magazine – and the new book Date-Onomics: How Dating Became a Lopsided Numbers Game – “single Mormon women are screwed,” as one friend put it.

The older they get, author Jon Birger claims, the less likely they are to ever get married. “It’s not that He’s Just Not That Into You,” Birger says. “It’s that There Just Aren’t Enough of Him.”

The numbers appear compelling. In Utah, he claims, there are now 150 Mormon women for every 100 Mormon men, “a 50 percent oversupply of women,” even though overall, there are actually more men than women in the state.

So why the imbalance? He says Mormon men leave the faith in higher numbers than women, making the statistics of available, active LDS singles significantly lopsided by gender.

The Time story draws upon a study by sociologists Ryan Cragun and Rick Phillips that finds this imbalance has increased sharply due to male defection from the faith:

In a study based on data from the General Social Survey, Phillips and Cragun show that between 1972 and 2000, 92.6% of Mormon respondents in the MCR [Mormon Culture Region] who reported being LDS at age 16 were still members of the church when they were surveyed. Between 2001 and 2010, this number had fallen to 64.4%. . . .

In its rate of people leaving the fold, Mormons are not all that different from the wider culture. In fact, we’re doing better than a lot of religions. According to a Pew study released in May of this year, 64% of people who are raised LDS in America still self-identify as Mormon as adults, which is higher than the retention rate for Catholics (59%) or mainline Protestants (45%).

But even though disaffiliation is a national social trend, I’m sure that’s cold comfort to the general authorities in Salt Lake City.

And with single men apparently leaving at higher rates than single women, Mormons are left with a different kind of problem: a large cohort of single women in a church that upholds marriage as the godly ideal not just for this life, but also the next. 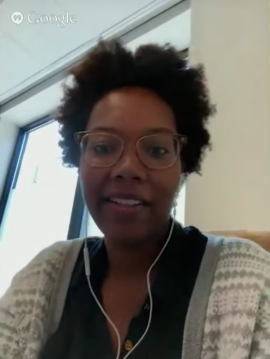 Chelsea Sue was one of four women to be interviewed for the Trib Talk’s half-hour conversation with single Mormon women.

I hope you’ll check it out. These women (Ardis E. Parshall, Laura Durham, Naomi Watkins and Chelsea Sue, pictured at right) were amazing, and they have fulfilling lives, careers, and families (because yes, you still have a family even when you’re not married with children).

These women, and thousands like them, are only “screwed” if everyone in Mormondom keeps telling them . . . .

What might Mormon leaders and members be communicating to singles instead?

Yeah, I know I said that last one twice. I believe it bears repeating.