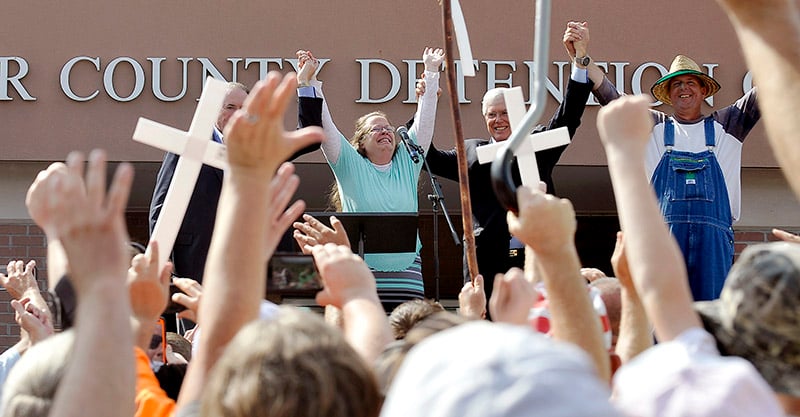 (RNS) Kim Davis is out of jail and taking a few days off before going back to work as the Rowan County, Ky., clerk. In the meantime, it’s worth reflecting on what we’ve learned thus far from the controversy.

After all, it will not be the last. Conscience conflicts over same-sex marriage are only beginning.

Then charges were brought against creative entrepreneurs like photographers, florists, and bakers who declined to use their talents to affirm same-sex wedding celebrations.

Now, following the Supreme Court’s Obergefell decision requiring all states to recognize same-sex marriage, government magistrates and clerks have found themselves in the midst of a clash. Some have suggested these “holdouts” need to get on board with the new public policy regime. But these early instances of conflict call on Americans to grapple with why and how we can accommodate religious conscience without taking anything away from others.

Davis’ case has struck some observers as particularly problematic because she is a public official whose job is to implement the law. But this need not be a perplexing case.

Kentucky has a Religious Freedom Restoration Act, as do 20 other states and the federal government. RFRA offers a good way of balancing the kinds of competing interests at issue in Rowan County. It stipulates that government may not substantially burden an individual’s religious beliefs unless it can demonstrate a compelling interest pursued through the least restrictive means.

In this case, the government’s interest to provide marriage licenses to same-sex couples could be achieved without coercing Davis. The county could, for example, simply take her name and title off the license and allow a deputy clerk to endorse the license as the “acting” county clerk. (Although Davis’ name has been omitted from the forms, they still bear her title as the person ultimately authorizing each license, which remains a problem of conscience for her.)

Kentucky law already includes a provision allowing clerks to opt out of issuing hunting licenses if it conflicts with their beliefs. If animal rights concerns can be accommodated, why not religious beliefs about the nature of marriage as the union of a man and a woman?

In June, North Carolina — anticipating such controversies over same-sex marriage — passed a law accommodating clerks’ religious objections in a manner that did not interrupt the issuance of licenses to anyone who qualified for one. More states should do the same to avoid forcing a Rowan County-style showdown.

States and the federal government should also adopt policies to prohibit government discrimination against individuals and groups that believe marriage is the union of a man and a woman.

The prospect of such pressure by government through, for example, the removal of a religious school’s nonprofit tax-exempt status was alluded to by the solicitor general of the United States during oral arguments in the same-sex marriage case. The First Amendment Defense Act introduced in Congress would guard against the federal government stripping a Christian school of its tax-exempt status because of its biblical teaching about marriage.

Conscience conflicts over issues related to same-sex marriage could proliferate across the professions, posing increasingly complex challenges for religious believers whose faith teaches that marriage is the union of a man and a woman.

We should act now to identify and secure accommodations in such instances. Counselors asked to affirm same-sex marriage, or physicians requested to provide in vitro fertilization treatments to same-sex couples seeking to have a child, should be free to opt out. 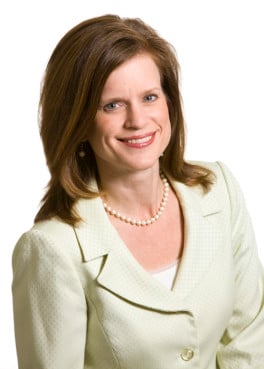 As advocacy extends beyond marriage redefinition to gender identity and transgender issues, the questions could become even more complex for counselors, doctors, social workers, school administrators and other professionals who interact with children and families.

Now is the time to seek out the solutions that can help us all coexist peaceably and avoid the drama being played out in Rowan County, Ky. We have a number of tools to accommodate conscience in law and proposed policy. Let’s put them to work.

(Jennifer A. Marshall is vice president for the Institute for Family, Community, and Opportunity at The Heritage Foundation and senior research fellow at the Institute of Theology and Public Life at Reformed Theological Seminary in Washington, D.C.)