Today is the 14th anniversary of the 9-11 attacks on the World Trade Center and Pentagon. Many of us will take a moment to remember that day. But today’s college students can’t do that—they’re too young to remember anything about that day. 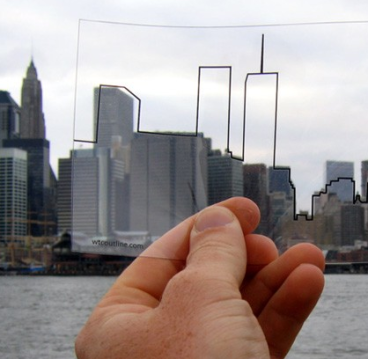 College students who are arriving straight out of high school have zero memory of anything that happened before 2001. They were, after-all, only three or four years old at the time. Most can’t recollect life before 2005. And when it comes to politics and news, don’t expect them to remember anything before Obama winning the presidency.

This short living memory it tough for those of us who teach politics. How can we talk about politics today if students can’t recall the events of 9-11, the start of the Iraq war, or President Bush being anything other than as a painter (seriously–they barely remember him being in the White House). If we want to reference politics that students remember, then we need to remember how little they have in their living memory.

Beloit College puts together an annual “mindset list” to remind professors how their students differ from past generations. As they announced this year:

Members of the entering college class of 2019 were mostly born in 1997 and have never licked a postage stamp, have assumed that Wi-Fi is an entitlement, and have no first-hand experience of Princess Diana’s charismatic celebrity.

Here’s my own list of how their memories (or lack thereof) shape today’s college freshmen understanding of politics and current events.

Today’s college freshmen were five years old on 9/11. Growing up, Osama Bin Laden was always the biggest bad guy on the planet. They have always lived in an age of terrorism. What have they never feared? The Soviet Union. The Cold War is merely something that reminds them of 80’s movies they’ve seen on Netflix.

READ College freshmen less religious than ever — just like their parents

I like to reference famous quotes, but here’s some that today’s freshmen never heard live (if they’ve heard them at all):

Read my lips: no new taxes

I am not a crook

I did not have sexual relations with that woman

Mr. Gorbachev, tear down this wall

“btw whos mr gorbchv?” they ask in a text message.

Mother Teresa died before they were born. A few remember Pope John Paul II. None have seen Billy Graham give a sermon.

When you mention religious scandals, they think of Catholic priests not televangelists. The Catholic Church has always been reeling from its pedophilia crisis.

They never heard a president call for a war on poverty or a war on drugs. What they have seen, however, is America always at war. And bombs, like their phones, have always been smart.

The rise of conservatives means the Tea Party, not the Christian Right. Liberals have always described themselves as “Progressives.”

All presidents are African-American. At least, that’s how they remember it.

Finally, don’t expect things to get easier. Every year, new freshmen arrive on campus, with less and less of our history in their experiences. It won’t be long until all of the freshmen will be students born after September 11, 2001.