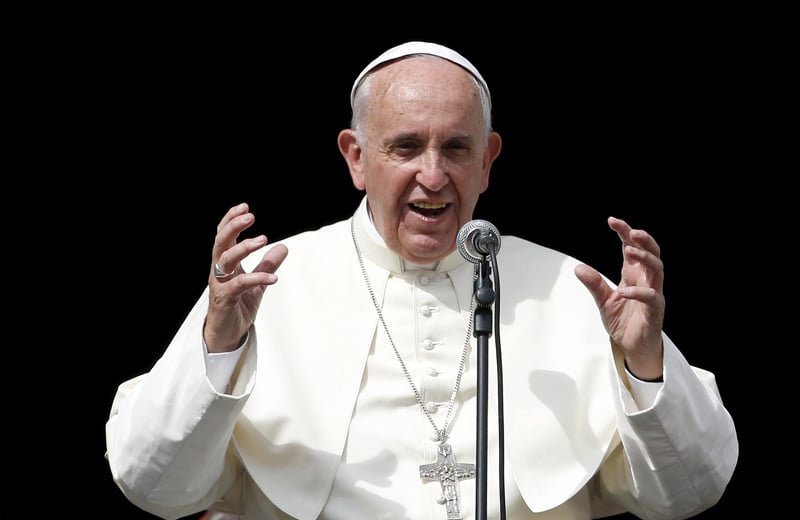 Pope Francis speaks in front the Basilica of Saint Mary Ausiliatrice (Mary Help of Christians) during a two-day pastoral visit in Turin, Italy, on June 21, 2015. Photo courtesy of REUTERS/Alessandro Garofalo
*Editors: This photo may only be republished with RNS-POPE-TURIN, originally transmitted on June 22, 2015, and RNS-THAVIS-COLUMN, originally transmitted on Sept. 11, 2015.

(RNS) When Pope Francis visits the United States this month, most Americans will welcome him as a plainspoken champion of the voiceless, whose openness to change has brought new energy to the Catholic Church.

Largely lost in this portrait is a devotional side of the Argentine pontiff that reaches back to some of the church’s most traditional beliefs — and gives them a characteristic “Francis” twist.

Take the devil, for example. Francis has spoken repeatedly about Satan, describing him variously as a con artist, a dangerous manipulator who “knows more theology than all theologians,” or a sly charmer who often comes “disguised as an angel.”

What stands out is that, for the pope, the devil is real and not merely a symbolic or allegorical figure. “On this point there is no shadow of a doubt,” he says. “A battle exists, a battle in which the eternal salvation of us all is at stake.”

When Francis first began zeroing in on the “evil one” in his sermons, excitement spread among the small network of exorcists in Rome. These priests had been promoting the ministry of exorcism for years, often against Vatican resistance, and it seemed the pope was on their wavelength.

Their enthusiasm waned, however, when it became clear that encouraging formal exorcisms was not on the pope’s agenda. The devil described by Francis is not someone who possesses people violently, or announces his presence with smoke and sulfur. Instead, this is a devil who leads people into bad habits like gossiping or seduces them with moral compromises, temptations that are all the more insidious because they are so subtle.

When it comes to supernatural phenomena — including demons, miracles, apparitions and private revelations — Francis’ approach is far more practical than theatrical. That has placed him in the middle of an ongoing tension in the Catholic Church, between the predominantly dry, doctrinal approach of the hierarchy and the thirst among many faithful for something more tangible, and perhaps more spectacular.

For decades, Vatican theologians have de-emphasized the importance of private revelations and discouraged the hunt for supernatural signs. At the same time, however, officials in Rome cannot be seen as ruling out divine intervention in people’s lives. This is a religion, after all, that was founded by a man who cast out demons, healed the sick and appeared to his followers after his death.

As a result, the Vatican at times appears conflicted about the supernatural: Miracles are routinely investigated and approved for sainthood causes, yet personal claims of prophetic visions are kept under wraps; saints’ relics known for healing powers are sent on world tours, yet church officials discourage cutting up bodies for new relics; a handful of Marian apparition sites are officially recognized, while many more are downplayed or ignored.

Francis, who has a keen devotion to the Virgin Mary, shocked listeners two years ago when he dismissed the idea that Mary would send messages every day, like a “postmaster.” Later he said that Christians who constantly await divine dispatches were merely seeking novelty, not true faith.

Those words stung in the popular pilgrimage center of Medjugorje, the town in Bosnia-Herzegovina where since 1981 visionaries have claimed to see, speak with and receive daily messages from the Virgin Mary. The Vatican investigated those apparitions for years, and insiders say the pope’s judgment, expected soon, may encourage restrictions on the public activity of the seers, some of whom have become globetrotting celebrities. 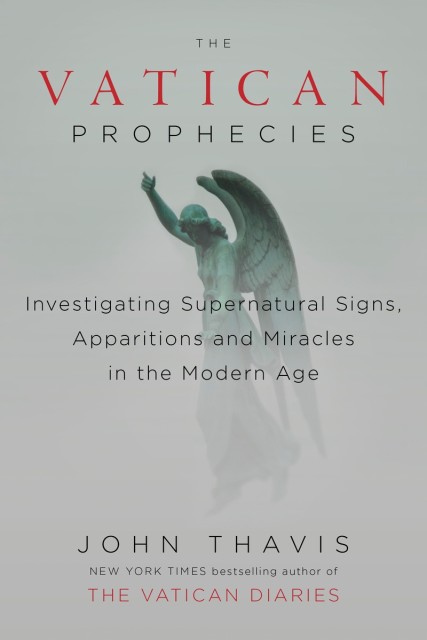 At times, Francis seems to be redirecting attention from the miraculous to the more urgent, real-life demands of Christianity. Praying in June before the Shroud of Turin, which many believe to be the burial cloth of the crucified Christ, the pope avoided any mention of its much-debated authenticity. Instead, he said the image should inspire Christians to help all those who suffer or are persecuted.

Likewise, when he visited Naples in March, the city’s faithful proclaimed it a miracle when the blood of their patron, Saint Januarius, liquefied in the pope’s presence. The pope practically ignored the prodigious event, and then went off to meet with the sick.

Francis does believe in the power of saintly intercession, and has said that when he prays to Saint Therese of Lisieux, he “almost always” receives a rose in response — a sign that those in heaven are listening.

Yet this is a pope who unexpectedly set aside the requirement of a verified miracle for several canonizations. His action prompted some Vatican experts to wonder if the church may be moving away from medical miracles as the presumed “stamp of approval” for sainthood.

Francis believes miracles do happen, but it’s a wider understanding of the miraculous. Modern miracles, he says, are more about patient struggle than sudden spectacle, and people who need miracles in order to believe are on the wrong path.

As he put it shortly after his election: “God doesn’t work like a fairy with a magic wand.”

(John Thavis, former Rome bureau chief for Catholic News Service, is the author of a new book, “The Vatican Prophecies: Investigating Supernatural Signs, Apparitions, and Miracles in the Modern Age.”)