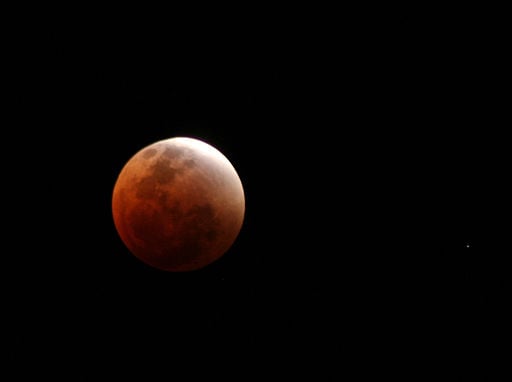 Have any plans for Wednesday, Oct. 7?

You better cancel them. That’s because the eBible Fellowship website, based in Sharon Hill, Pa., is predicting the world will be annihilated on Wednesday.

“According to what the Bible is presenting it does appear that 7 October will be the day that God has spoken of: in which, the world will pass away,” church founder Chris McCann told The Guardian.

McCann claims to have studied the Bible and extrapolated from a previous claim that the world was ending on May 21, 2011, that the correct date is actually Oct. 7.

It’s based partly on the blood moon — a lunar eclipse combined with a super moon, which occurred on Sept. 27.

“God destroyed the first Earth with water, by a flood, in the days of Noah. And he says he’ll not do that again, not by water. But he does say in 2nd Peter 3 that he’ll destroy it by fire,” McCann said.

Don’t worry, there’s still some wiggle room for redemption — or a day after tomorrow.

“There’s a strong likelihood that this will happen,” McCann said. “Which means there’s an unlikely possibility that it will not.”