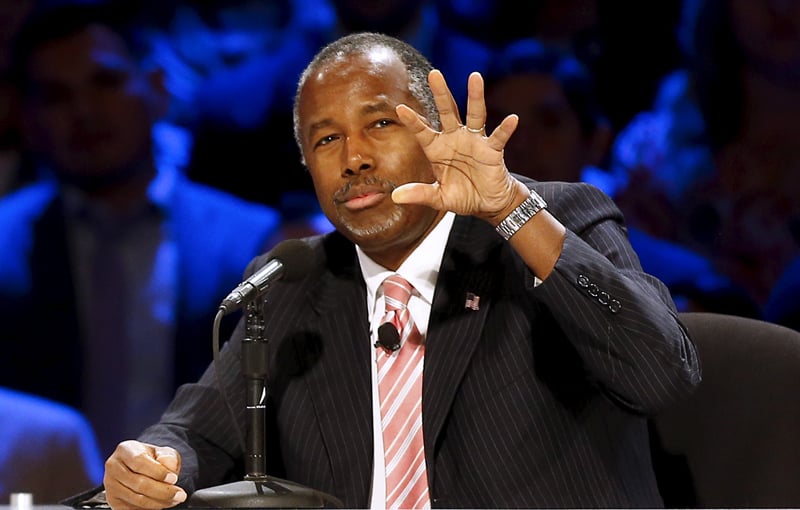 (RNS) Ben Carson doesn’t think a Muslim should be president and despite widespread criticism he hasn’t backed down.

The controversy over Carson’s comments encapsulates the ambiguity of our country’s relationship to religion — a relationship that goes back to the Founding Fathers and the writing of the Constitution. It’s clear that by not having an established national church, the earliest Americans did not want to impose a religious test for public office. No one would be automatically disqualified due to religious reasons.

As a Baptist, I’m glad we don’t have that kind of test. The earliest Baptists were the outsiders in American life, often threatened, suppressed, and jailed for their beliefs.

Other religious groups, like Roman Catholics, were also culturally disenfranchised, which is why the ascent of John F. Kennedy to the presidency was such a monumental moment in our history. So, even though the earliest Americans did not impose a religious test for office, they would have had a difficult time imagining a Catholic like Kennedy or a Baptist like Truman occupying the White House.

But here’s the catch. The fact that our country has never had religious test for public office, and that no one is automatically disqualified due to religious beliefs does not mean that religion doesn’t matter.

The reason why Kennedy’s Catholicism was controversial in 1960 was because many feared that Kennedy’s view of the papacy would give the pope an outsized, inappropriate influence in American governance. Some of the opposition to Kennedy was based in ignorance and prejudice against Catholics, but for many, it was because they took Kennedy’s religion seriously that they chose not to vote for him.

Today, the people who were most astonished at Ben Carson’s comments seem to think that a person’s religious beliefs should be totally irrelevant to how they govern or to how one votes. But that kind of religious reductionism is silly to most religious people. We know that religion really does matter in our daily life and how we think and how we live.

So, ironically, Carson is the one taking Muslims and the Islamic faith seriously when he says he would not vote for a Muslim for president. He is opposed to the establishment of a theocracy, and he believes the theocratic elements of Shariah law are incompatible with the religious pluralism at the heart of our society. Because he takes that religious perspective seriously, he factors it into his choice of presidential candidates.

Since his initial comments, Carson has clarified that he would not have a problem with a Muslim running for office if that candidate rejected the imposition of Shariah law, and that is an important qualification. But the point remains — Carson is not saying a Muslim should be banned from running for office, only that he takes what someone says about their faith seriously, and that it would be wrong to not factor that into his thinking when going to vote.

In a Gallup poll this summer, 25 percent of Americans said they would not vote for an evangelical Christian. That figure goes up among the Democratic Party — 1 out of 3. I bet some of the people who were most critical of Carson’s comments about not voting for a Muslim would probably have answered that Gallup survey by saying they wouldn’t vote for an evangelical. Hypocrisy, perhaps?

The truth is, however, that people have a right to take a candidate’s religious views into account before they cast a vote — whether they are evangelical, Catholic, Muslim, Hindu, or not religious at all. (If a Christian Reconstructionist who wants to impose Old Testament law on the nation is running for office, I am going to vote for someone else. And I say this as a Christian!)

What the Carson controversy shows us is that many people in a secular society are OK with religion, whatever religion, as long as it doesn’t really impinge upon one’s view of the world or how one votes or what platforms one endorses. The secular mindset is fine with religion, whether it is Christian or Hindu or Muslim or even atheism, as long as it is a thin veil on top of a bland sort of secularism. The problem, for many secularists, is not religion per se, but people who take their religion too seriously.

Carson does not espouse this secular view of religion. He recognizes that Islam is a worldview that requires commitments in every sphere of life. He sees this truth more clearly because he understands that his Christianity is also a worldview with implications in every area of life. What’s more, he sees the incompatibility of certain versions of Islam with pluralism, while recognizing that Christianity, according to some historical interpretations, is at least partly responsible for giving us the gift of a pluralistic society.

Religion still matters. For the record, I’m thankful to live in a country where there is no religious bar from public office. But I’m also thankful to live in a country where a voter can take into account a candidate’s religious views. Religion should matter to a voter if it matters to a candidate. That’s why, in Carson’s comments, we see a clash – not of Islam as opposed to Christianity, but of secularism as opposed to serious religious faith.