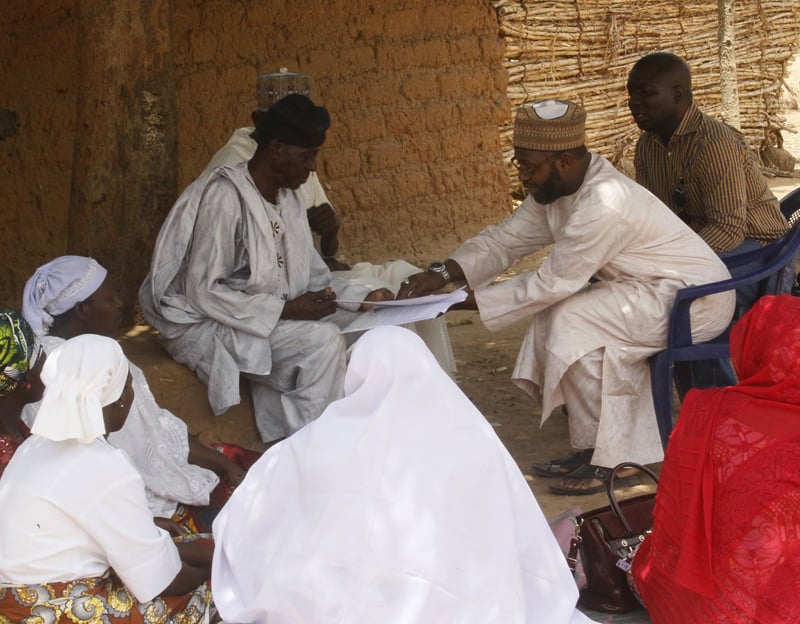 (RNS) Amid stiff opposition to modern birth control methods in the predominantly Islamic region of Northern Nigeria, a Muslim medical doctor is working to dispel the myths that fuel the resistance to family planning.

For 10 years, Dr. Farouk Mohammed Jega, 45,has been championing evidence-based arguments to try to persuade clerics that Islam supports family planning methods, contrary to the views of many clerics here.

“We have been talking to the leaders making them understand that there is a lot in Islam that supports contraception,” said Jega, who works with Pathfinder International, an organization that promotes sexual and reproductive rights in the developing world by expanding access to contraception, promoting healthy pregnancies, and working to stop the spread of HIV infections.

The Hadith, or collection of sayings or traditions attributed to the Prophet Muhammad, shows he was likely aware of family planning methods. Support for birth control varies from one Muslim country to another.

Experts say family planning grants enormous health and economic benefits. That has led some faith communities to take a lead in providing the services.

But in northern Nigeria, a conservative Islamic region, where Muslim clerics wield considerable authority, some of the leaders have imposed negative perceptions on contraception, leading to its low acceptance, according to Jega.

“We have used evidence from research to convince them that condom campaigns actually reduce sexual promiscuity by reinforcing better and healthier sexual behavior.”

At the same time, many of the clerics think birth control is the same as abortion and that the pills lead to early abortion or interrupted pregnancies.

“We brought religious leaders together and explained the difference between the two. After this, they were ready to discuss other controversial issues related to the subject,” added the Nigerian trained doctor.

One thorny issue has been the role of women in the delivery of the healthcare services. Some of the clerics have opposed allowing women to provide services to male members of the Muslim community. For them, this contradicts the Muslim virtue of modesty and separation of the sexes.

“We had to make the clerics understand that we trying to save lives, which is supported by the religion. We have also explained that this is happening because there are not enough medical personnel in the country,” said Jega.

A recent tour to Bangladesh, a predominantly Muslim country, where the clerics engaged with their religious peers, has helped clarify questions about gender, according to the doctor.

“They saw how the Bangladesh clerics were supportive of contraception. They also interacted with female providers who were also Muslim. I can say this has had a positive outcome,” said Jega.

Since starting work more and more clerics are coming out in support of family planning, according Jega.

“I think there is a 100 percent increase in the (number of) women seeking the planning in healthcare centers,” said the doctor.

Despite some key gains, reaching youth through clerics has been a challenge, since family planning is understood within the context of marriage — and Islam forbids sex outside of marriage.

Still, some of the more progressive clerics see the merit in discussing adolescent sexuality issues with young people, mainly as a way to teach preventive steps to avoid pregnancy and sexually transmitted diseases.

“It is implied that the parents engage their sons and daughters with the appropriate information,” he said “I am afraid we have not been able to do much with the religious leaders reaching out to youth directly.”

For Jega, the work has been rewarding, but there needs to be a counter-narrative concerning Islam and contraception.

“We need to dispel these myths,” he said. “Generally, the public is often looking out for the position of the religious leaders as guidance. If it is misconceived, they will be misled.”