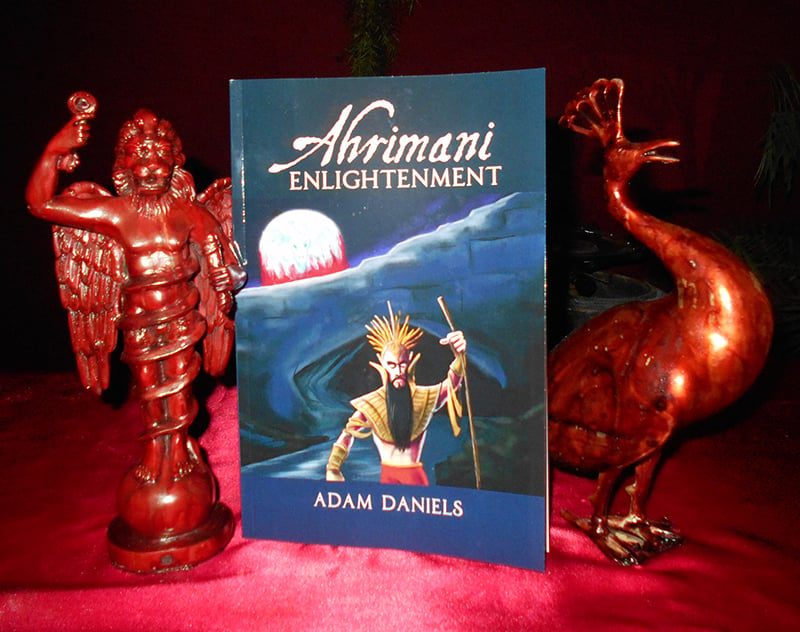 The Church of Ahriman, a Satanist church in Oklahoma City, has asked permission to distribute Satanist literature at Woodrow Wilson Elementary School. Photographed here is one of the church's books, "Ahrimani Enlightenment" by Adam Daniels, the church's leader. For use with RNS-OKLA-SATAN, transmitted on April 14, 2015, Photo courtesy of Adam Daniels
October 20, 2015
Greg Horton

LAWTON, Okla. (RNS) City officials are making changes to public library policies after a man who describes himself as Satanist reserved space for a book signing.

A representative of Daniels’ publisher booked space in accordance with library policy so that his client could read from and sign copies of “Ahrimani Enlightenment,” a book that explains the basics of the church’s nontraditional form of Satanism.

Daniels traces his religion back to the ancient Zoroastrian faith of Persia, and he worships Ahriman, known as the evil spirit. For the signing, he planned to explain his beliefs and practices. 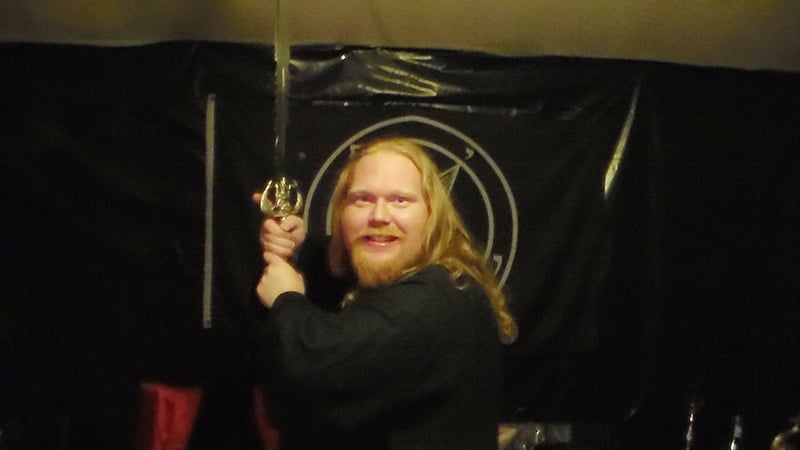 Adam Daniels, 36, founder of the Oklahoma City-based Church of Ahriman, made national news last year when he staged a “black Mass” at the Oklahoma City Civic Center Music Hall. Photo courtesy of Dorrance

When residents of the state’s third-largest city learned that Daniels was both a Satanist and a convicted sex offender, they began registering complaints with the city offices. Daniels, a former correctional officer, was convicted of having sex with an adult female inmate, which both called consensual. Daniels’ conviction was not related to sex with a minor.

“There is no prohibition in the law in terms of his sex offender status, either,” Russell said. “We will assign a city staffer to accompany him at all times that he is on city property, though.”

As a result of the Oct. 27 event, the library’s advisory committee has already drawn up a draft of new policies concerning book signings and public readings.

“Even if the new policy were ready in time, it wouldn’t affect him,” Russell said. “He made arrangements in accordance with the prior policy, and we will honor that.”

The policy change recommendations, which Russell said he is reviewing, include provisions for attendee age restrictions based on content. In terms of the religious component, Russell said the library cannot discriminate based on a specific religion, as federal law prohibits it.