(RNS) When millennial children of mixed-faith marriages are exposed to Jewish influences, they strengthen their Jewish identities to levels comparable to those of millennials with two Jewish parents, a new study concludes.

But the Brandeis University study also affirms past studies that have found that children with two Jewish parents are more likely to identify as Jewish and practice Judaism than are the offspring of intermarried couples. The new study addresses Jewish concerns with “continuity.”  With an intermarriage rate hovering at about 60 percent, many in the American Jewish community worry about the next generation’s commitment to Jewish life.

“The bad news is that the children of intermarried parents don’t engage and don’t have the same level of Jewish education that the children of inmarried have,” said Leonard Saxe, director of the Cohen Center for Modern Jewish Studies at Brandeis, which produced the study. But when young adults who have intermarried parents are exposed to Jewish life, “it levels the playing field.” 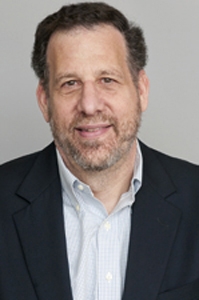 The Brandeis study validates the work of Jewish communities that have been working harder to reach out to intermarried familes, said Rabbi Rick Jacobs, president of the Union for Reform Judaism, the largest stream of Judaism in the U.S. “When we do that, the answer is they identify, they participate and they help to shape the Jewish future, plain and simple.”

The study found that twice as many children of Jewish couples had a formal Jewish education, compared with the children of intermarriage: 86 percent vs. 44 percent.

In college, the children of intermarried couples were far less likely to join a Jewish group or go on a free trip to Israel with the Birthright Israel program, which gives young adults with at least one Jewish parent free trips to Israel to strengthen their attachment to their Jewishness. Birthright provided funding for the study, as did the Alan B. Slifka Foundation and Brandeis University.

As for the “leveling” effect found by the study, Jewish experiences — from involvement in Jewish campus life to participation in a Birthright trip — were found to boost Jewish millennials’ attachment to Jewish life for children of both intermarried and Jewish couples.

For example, the study found a 65 percent probability that the millennial children of Jewish parents with no Jewish college experiences would attend Jewish religious services a few times a year, compared with a 36 percent probability for the children of intermarried couples. But when both groups of these grown children have a richer Jewish experience in college, the probability shoots up to 81 percent and 75 percent, respectively. 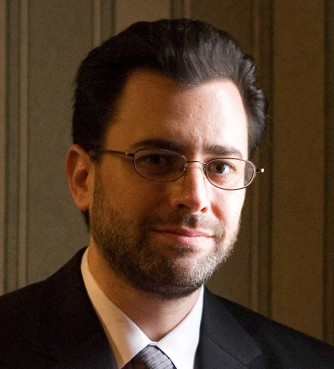 “This study is an important reinforcement that American Jews, like Americans in general, can and often do change their relationship to organized religion and identity over the course of their lifetime,” said Paul Golin, associate executive director of Big Tent Judaism, a New York-based nonprofit that aims to make Jewish communities more welcoming to intermarried Jewish couples.

“It makes a strong case for cultivating new pathways into Jewish life, not just for college-age children of intermarriage but also for people along all stages of their lifetime,” he said.