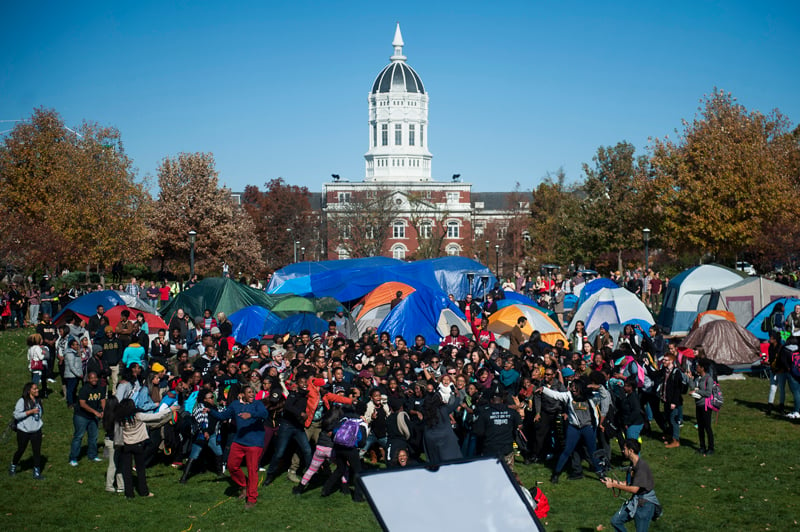 (RNS) My fingers seemed glued to the computer as I attempted to write about the University of Missouri. My writer’s block reflected feelings too deep to explore with a few words about the resignation of Missouri System President Tim Wolfe. There was too much to say, and my words conflicted with the emotions that made it difficult to find my way.

Part of it is the weariness of teaching students at the school of journalism. I fought back tears as my only black student talked about struggling to go to class when racism pops up too often for her to manage. I cried after reading her email informing me she couldn’t make it to class because she was too tired and afraid to focus on news writing that day.

Part of it is the brokenness stirred by memories of when I was a student at the University of Missouri. Recollections of similar protest, back in the late ’80s, have left me burdened by thoughts regarding things that keep coming back. The slurs, and the needs of black students and faculty, keep coming back to conjure thoughts of the things we failed to achieve. 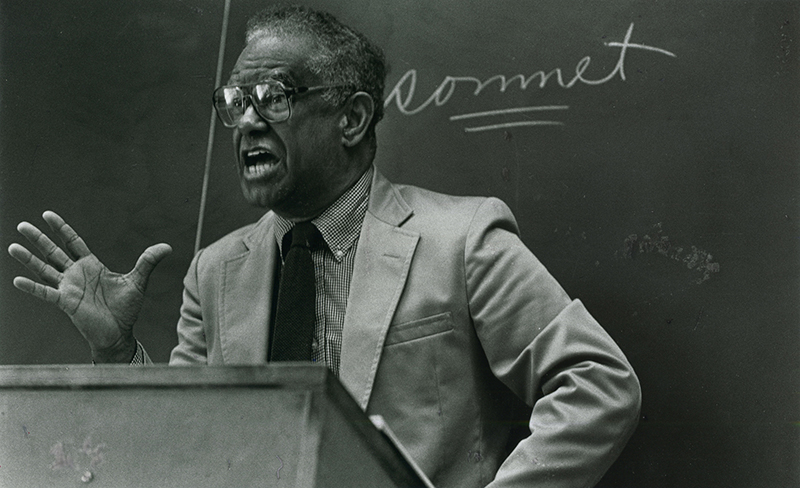 “The goal of life is that the offspring springs further than the spring sprang,” Walter Daniel, former professor of English at the University of Missouri, pictured here, used to say at the beginning of his first lecture each semester. Photo taken on March 8, 1995. Photo courtesy of Columbia Missourian Archives

“The goal of life is that the offspring springs further than the spring sprang,” Walter Daniel, former professor of English at the University of Missouri, used to say at the beginning of his first lecture each semester.

Daniel died years ago, but his challenge has inspired me to remain centered on why education matters. It’s for the next generation. Our life and witness should leave the next generation better-equipped to achieve. Our children shouldn’t be forced to face the hardships that met us when we began our journey for academic achievement.

My fingers remained glued because I felt the guilt of failure. Was our marching in vain? Was our focus misguided? Did we make a mistake in assuming we could facilitate the type of change that would endure beyond our four- to five-year stay on campus?

We protested to bring attention to the vast divide between white privilege and black neglect. We wanted more black faculty and support for black students. We protested to minimize the rapidly growing exodus because it didn’t feel like a safe place to study.

The offspring have not sprung further than me. We find ourselves in the same place with the same list of problems fracturing the emotions of black students.
What happened to Martin Luther King’s dream? Where is the promise of President Obama’s message of hope? Why is it so hard for me to find the faith on the other side of this gloomy midnight? 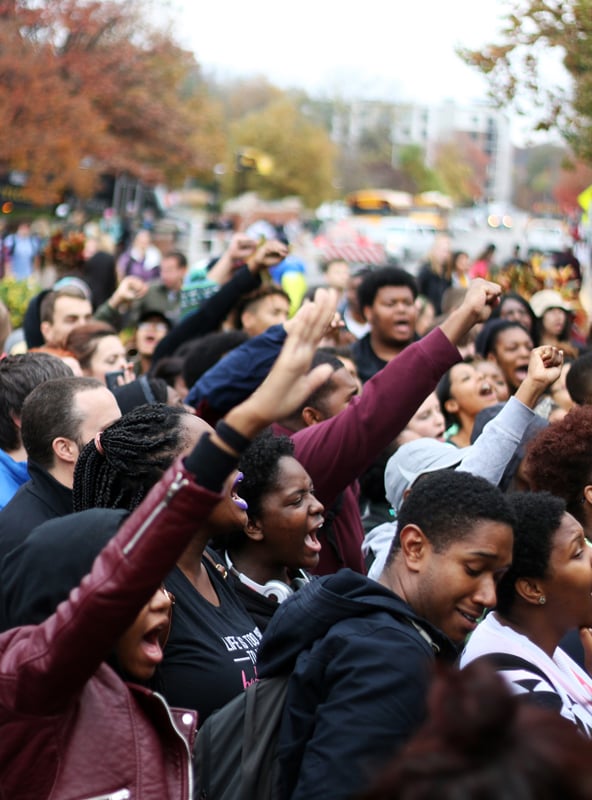 My fingers seemed glued because of the divide between the spring and the offspring. We trusted the advice of black faculty and administrators. We needed their experience and expertise to help us maneuver around a system that we were too young to understand. We were taught to honor and respect the older generation of black people for enduring worse conditions.

This is a movement owned by youth. I’m thankful for their passion and dedication to change conditions on campus. It is important that they take the lead in alternating what they experience each day. It is true that my generation lacks full knowledge related to the life on campus today. All of that is true, but we shouldn’t be judged because of our age.

This is not a war between the old and young. Our failure to end racism shouldn’t be used to create the type of distance that makes people like me the enemy of the movement. Our views on how to protest may differ, but our goals are the same. Our desire to compromise within the system may oppose the goal of protesters to destroy the system — from the top down — but we all are praying for and working to fulfill the same goal.

Carl W. Kenney II is an adjunct instructor in the journalism department at the University of Missouri. He holds a divinity degree from Duke University and has pastored several churches. Photo courtesy of Carl Kenney

My fingers remained glued to the computer because of weariness so deep that my prayers expose more regarding its lingering ache. I’m challenged to write words that celebrate victory after the revolution. I’m confronted with uttering a message that binds all of us after the reporters go away.

Division has glued my fingers while my heart pleads for the realization of the dream. I feel the glue of massive divides limiting that vision. I feel the agony felt after the spewing of slurs aimed at demoralizing black students. I feel the burden of generational divide coupled with guilt related to the things my cohorts should have fixed.

I’m burdened by a nation that refuses to listen.

Now, I feel the tremble of my fingers banging against my computer keys. One finger strikes an H followed by another finger seeking an O. A finger on my right hand finds a P and a finger on my left hand pokes an E.
Hope.

There is hope in the words. As long as we can find the strength to write and speak, there is hope.
A final exhale before I face the students in my class.

“Today you will write a column,” I said to my students. “Write from your heart first.”

(Carl W. Kenney II is an adjunct instructor in the journalism department at the University of Missouri. He holds a divinity degree from Duke University and has pastored several churches.)