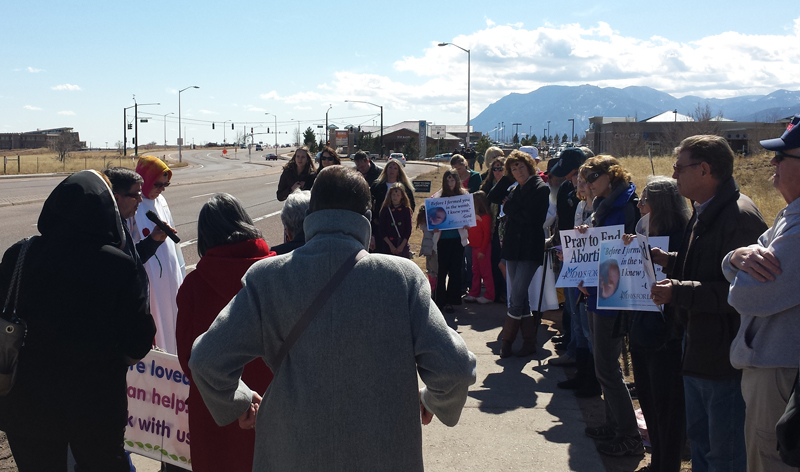 The Rev. Bill Carmody and others gather for a Mass near Planned Parenthood in Colorado Springs in 2014. Photo courtesy of Michele Mason

In fact, Carmody had been in the parking lot with a handful of protesters just two hours before the shooting, and he learned about it when people texted him to make sure he was not hurt.

“I am absolutely heartbroken about this,” he said on Monday. “I’m against all violence, and whether you’re in the womb or outside the womb, killing’s wrong.” Catholic priest Bill Carmody, who led a weekly Mass in the parking lot of the Colorado Springs Planned Parenthood facility where a gunman killed three people on Nov. 27. Photo courtesy of Diocese of Colorado Springs

Carmody heads the local chapter of Respect Life, one of many anti-abortion groups that have organized daily protests outside Colorado Springs Planned Parenthood, which relocated to a high-security facility in 2010.

Police have not commented on the gunman’s motive. But when he surrendered, he reportedly talked about “no more body parts,” a possible reference to undercover videos of Planned Parenthood officials allegedly offering to sell the remains of aborted fetuses.

The suspect, Robert L. Dear, who lived 65 miles away in a ramshackle shelter near the small mountain town of Hartsel, was known for keeping to himself, having run-ins with neighbors and the law, and handing out anti-Obama brochures.

On Tuesday, The New York Times reported that his ex-spouse Barbara Micheau described him in a divorce proceeding in the early 1990s as a philanderer, gambler and wife-beater who believed he could do whatever he wanted because the end times were at hand.

“He claims to be a Christian and is extremely evangelistic, but does not follow the Bible in his actions,” Micheau is quoted as saying. “He says that as long as he believes he will be saved, he can do whatever he pleases. He is obsessed with the world coming to an end.”

Carmody, the priest, who has been with Respect Life for 25 years, said the suspect was not affiliated with it. And he drew a clear distinction with other types of protesters he has seen outside the clinic “who promoted hate, not love.” His group is sponsored by the U.S. Conference of Catholic Bishops.

Some commentators are suggesting that the suspect may have felt egged on by the violent imagery used by activists and conservative leaders, who equate abortion with mass murder.

“There will always be the irrational and the unstable,” wrote Washington Post commentator Dana Milbank. “But when political leaders turn disagreements into all-out war, demonize opponents as enemies and accuse those on the other side of being subhuman killers, the unbalanced can hear messages that were never intended.”

Colorado Springs, once described as the ground zero of the anti-gay rights movement, has been called “the Vatican of evangelical Christianity.” It is the headquarters of dozens of evangelical ministries.

Focus on the Family, the most prominent anti-abortion group headquartered locally, condemned the attack. Its president, Jim Daly, called it “tragic and deplorable.”

READ:  Is the Colorado Planned Parenthood shooting terrorism, a hate crime or what?

“It has always been our philosophy to condemn violence and to treat people with respect, including those who disagree with you,” said Carrie Gordon Earll, the group’s vice president of public policy.

While she said Focus’ employees and associates may participate in anti-abortion protests, its main goal is getting pro-life legislation passed, including laws that eliminate funding for Planned Parenthood. 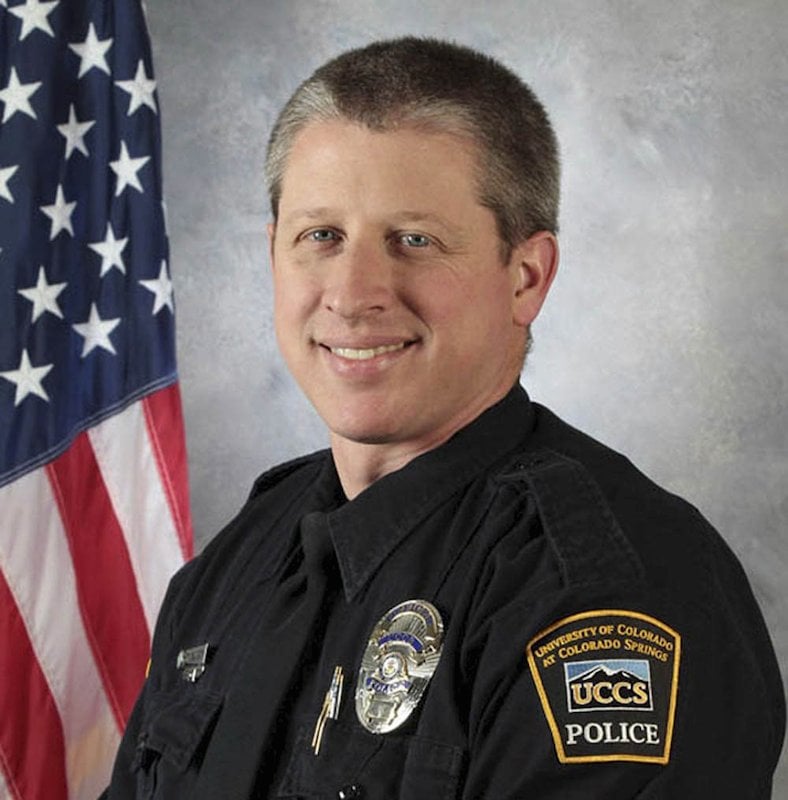 “We help people with pro-life convictions to be good citizens, and to influence passage of pro-life measures, whether through state legislatures, or Congress, or ballot issues,” Gorden Earll said.

She said these efforts have contributed to a decline in the number of abortions reported in the U.S., from 1.4 million in 1990 to 730,322 in 2011, the latest year for which statistics are available from the Centers for Disease Control.

The Planned Parenthood tragedy was the second mass shooting in a month for Colorado Springs, and the three victims Friday included a veteran of the Iraq war, a mother of two who was married to an Iraq war veteran, and an elder from Hope Chapel, a local evangelical congregation.

Carmody’s activism may have inadvertently kept the death toll from going even higher. Planned Parenthood’s move to a new location five years ago – with extra security measures both inside and outside – was apparently aimed at separating protesters like him from clinic staff and patients.

“Now, our sidewalk counselors can’t get close enough to talk to them,” said Carmody.

The priest said he has canceled his protest Mass this Friday, when the funeral is scheduled for University of Colorado police officer Garrett Swasey, who was killed responding to the shooting.

“That would be in very poor taste,” he said, adding that he does plan to be back in front of the clinic the following week.

(Steve Rabey is a contributor to RNS.)