Today’s mass shooting in San Bernardino, CA, has killed at least 14 people and wounded 17. It’s one of the deadlier mass shootings of this year, which is an absurd sentence to even have to type, and in the wake of it many people have been doing what comes naturally: taking to Twitter. In some strange ways, it feels like the big room we all want to be in, to mourn and get information and express the opinions we can’t share with our coworkers or family members or the bus driver.

And, as these things go, people have been getting angry. People–mostly politicians–have been offering their “thoughts and prayers” to the victims of today’s shooting. Take a look:

Our prayers are with the victims, their families, and the first responders in San Bernardino who willingly go into harm’s way to save others

We all are thinking about what happened in California today. Please keep the victims & their families in your prayers.

My thoughts and prayers are with the shooting victims and their families in San Bernardino.

My thoughts and prayers are with the victims, families, and brave first responders during this unspeakable tragedy.

On behalf of all New Yorkers, we offer our prayers to the victims of today’s horrific shooting in San Bernardino. https://t.co/sSCO4v5wXa

Thoughts and prayers, to be clear, are very good things. I believe deeply in the power that prayer has, although I do find that it often changes me more than it changes my circumstances. But here’s where the challenge comes to those of us who are praying people–this is what Jesus said to his disciples in Matthew 6:

“‘And whenever you pray, do not be like the hypocrites; for they love to stand and pray in the synagogues and at the street corners, so that they may be seen by others. Truly I tell you, they have received their reward. But whenever you pray, go into your room and shut the door and pray to your Father who is in secret; and your Father who sees in secret will reward you.

‘When you are praying, do not heap up empty phrases as the Gentiles do; for they think that they will be heard because of their many words. Do not be like them, for your Father knows what you need before you ask him.'” 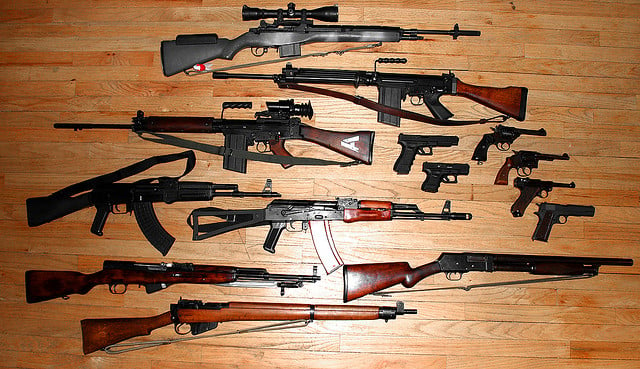 Praying for the wounded, for the dead, for their families–that is such a good and lovely thing to do. It is an admirable impulse. Praying is a way of holding someone a little bit closer to God, of asking God to give comfort, of expressing confusion and lament. We should pray. But perhaps we should not be so quick to use social media as a means for our prayer. Perhaps we should go into out rooms, shut the doors, and pray there. And then, when we come out, we should demand change. We should call our congresspeople, donate to the Brady campaign, and think about who we elect. We should not expect that a politician who prays is a politician who acts, because we know the Pharisees prayed, and Jesus was not pleased with them. Telling thousands of people that you’re praying is not the same as taking concrete steps to end gun violence in America.

As a friend of mine pointed out, politicians who tweet their “thoughts and prayers” often end up escaping any kind of accountability. They offer their prayers out of one side of their mouth and, with the other, thank the NRA for the donations to their political campaigns. Those prayers don’t console victims, and neither do those tweets. But legislation might.