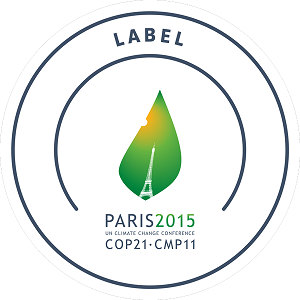 (RNS) Delegates from 195 countries reached an historic accord on Saturday (Dec. 12) in Paris to reduce greenhouse gases with the aim of limiting global warming and the devastating effects that could result from dramatic climate change.

Many faith groups have been front and center of the push to reach a strong and effective agreement, and Pope Francis, whose June encyclical on humanity's moral and religious duty to care for the "common home" of the Earth, was certainly a prominent lobbyist.

Yet other religious groups and advocates opposed any deal, saying it was unnecessary because global warming was a myth or because any accord would hurt business and therefore the economy.

Here are some of the initial responses from faith-based groups and commentators:

"The climate conference has just ended in Paris with the adoption of an accord, which many are calling historic. Putting it into practice will need a concerted commitment and a generous dedication on the part of all. With the hope that special attention for the most vulnerable populations is guaranteed, I exhort the whole international community to proceed on the path undertaken in the name of an ever more effective solidarity."

"​This agreement represents the end of the fossil fuel era, as the Catholic Church has been advocating. The 1.5 Centigrade target and the goal of net zero emissions enshrines the moral imperative to leave fossil fuels in the ground. This is a meaningful step forward on the path to protecting the poor and most vulnerable from climate change. We are still disappointed with the failure to address some key issues such as climate finance for developing countries and the language about human rights, but we recognize that Paris is a turning point in the conversation on solutions to the ecological crisis that Pope Francis called for in his Encyclical."

Mattias Soederberg of the ACT Alliance:

“Now we call on all national governments to close the remaining loopholes, which were included in the agreement due to countries not willing to take on their responsibility. More and faster climate action is needed to adequately address the core concerns of poor and vulnerable people. The implementation of the Paris Accord must be accelerated by national action and deepened international cooperation.”

"Crucially the Paris Accord has not left poor countries behind. Richer countries have committed to deliver the finance they promised to help developing countries adapt and grow in a clean and sustainable way. For the first time in an international treaty clear consideration has also been given to loss and damage - support for countries facing climate change so severe it can't be adapted to. This deal, in itself, will not deliver a safe world below 2 degrees. But it gives us a fighting chance to close the gap between the emissions the world is on course to produce and those that will put us on course to the agreed path."

The Rev. Sally Bingham, president of Interfaith Power and Light:

“This is a historic moment. For the first time in human history, 196 have nations agreed that we are in a climate crisis and we can no longer delay action. The strong presence of civil society and the moral voice of faith traditions have been essential in pushing the negotiations forward ... The Paris COP is a moral call for a safe climate for our children and grandchildren and a critical step forward. There is much work to do to reach this goal, and U.S. faith communities will continue to advocate for stronger action from our government and financing for the most vulnerable.”