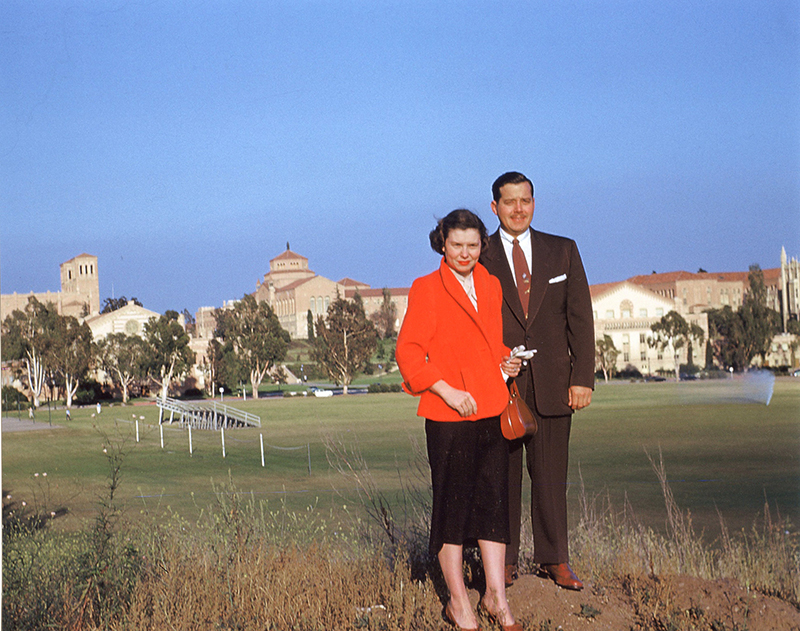 In 1951, the Brights pursued their passion for ministry by starting Campus Crusade for Christ (now known as Cru in the U.S.) at the University of California at Los Angeles. Photo courtesy of Cru

(RNS) Vonette Bright, the co-founder of Campus Crusade for Christ, one of the largest and most influential evangelical institutions for young Christians, died Wednesday (Dec. 23) at the age of 89.

In 1951, Bright started the ministry, now known as Cru, with her husband, William “Bill” Bright, who died in 2003. It grew beyond college students to include many other groups, including athletes, families and military members. Cru has a staff of more than 25,000 and 300,000 volunteers in 173 countries.

Bright died due to complications from acute leukemia, Cru announced.

At a Dec. 2 meeting in Rome of global ministry leaders, she spoke via conference call and encouraged the staff to stick to its evangelistic mission, taking the gospel to those who had not yet heard it.

“Don’t let anything trip you up,” she told them. “Just keep your eyes on Jesus.”

Although Campus Crusade was long linked with both Brights’ names, Vonette also played a key role in when the National Day of Prayer, which dates back to 1952, is marked. She petitioned Congress in 1988 to designate the first Thursday in May as the national prayer day and it has been observed on that day since then with hundreds of thousands of observances. She was the chairwoman of the National Day of Prayer Task Force for nine years. 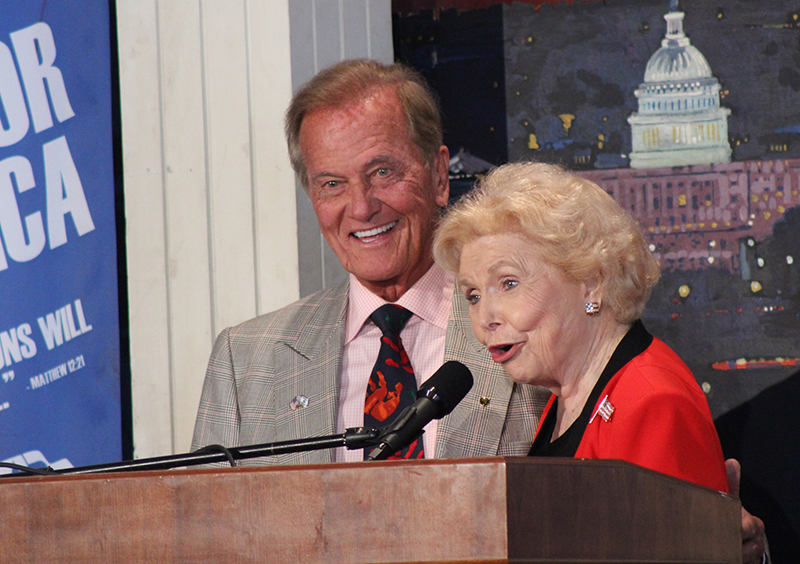 Vonette Bright introduces singer Pat Boone at the National Day of Prayer observance on Capitol Hill on May 2, 2013, in Washington. RNS photo by Adelle M. Banks

“Today, I have lost a dear friend and we will miss her,” said Shirley Dobson, who succeeded Bright in 1991 as the leader of the task force. “What an impact she has made for the kingdom. She is a great saint and I know she is hearing those words ‘well done, thy good and faithful servant.’”

Bright had long been committed to prayer, founding the Great Commission Prayer Crusade in 1972 before it later became a ministry of Campus Crusade. She also served as chairwoman of the International Prayer Assembly for World Evangelization in Seoul, Korea, in 1984.

“I believe prayer is the greatest privilege and most revolutionary power available to the Christian, and God’s Word promises us its effectiveness,” Vonette Bright said in 2014 on “Women Today,” a radio program she founded that airs on hundreds of stations.

“Your single-minded focus on the power of intercessory prayer has been both an encouragement to my life and a model for the church,” evangelist Billy Graham told her in a 2011 letter. “Heavenly records will one day reveal the full impact of your prayer life and the teaching ministry in the lives of countless persons who have come to faith in Christ.”

The Coweta, Okla., native authored or co-authored more than a dozen books, including “The Woman Within: Discover the Joy of Life in Christ.”

In that staff meeting in early December, Bright cited the Gospel of John, where Jesus tells his disciples he is going away and they should rejoice because he is going to be with God. She said people can be sad when they lose a friend but they also should be happy that the friend is in heaven.

“So I want you to rejoice with me,” she said.

News
Five faith facts about former President Barack Obama’s new book: ‘A Promised Land’
Signs of the Times
How to make our politics better: Pray first, says a Jesuit guide
Opinion
Rattled by Trump’s COVID? Try the Bible’s anti-anxiety treatment
Opinion
Black clergy call for 40 days of prayer, fasting and ‘spiritual warfare’ before election
News
His RNC prayer was neutral, but Franklin Graham says the choice for president is not