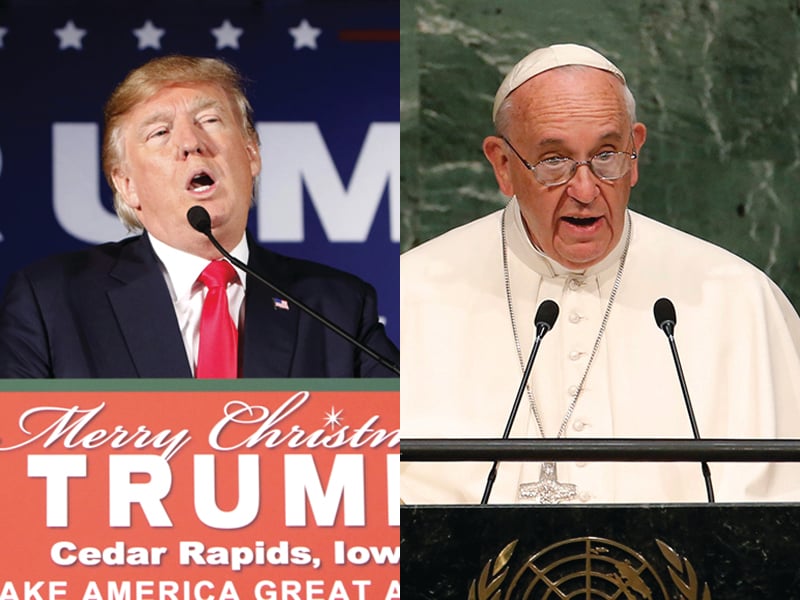 (RNS) Americans’ most admired man and woman in the world are — once again — President Barack Obama and former Secretary of State Hillary Clinton.

But the shocker in the Gallup Poll’s Most Admired List released Monday (Dec. 28) may be the No. 2 spot in the survey, where Donald Trump tied Pope Francis in the year the pontiff visited this country for the first time.

Jeffrey Jones, in his analysis for Gallup, observed that Trump’s headliner controversies on the GOP campaign trail made the business mogul “top-of-mind for many Americans” in the open-ended questionnaire. Trump was in the top 10 in 1988-1990 and in 2011.

But as often happens in these polls, the folks behind No.1 have barely a fraction of the votes. While 17 percent of those surveyed named Obama, only 5 percent named Trump and the pontiff.

And the percentages trail down rapidly from there to the point where, given the margin of error in the survey of 824 U.S. adults — plus or minus 4 percentage points — they’re all in a statistical tie.

Sen. Bernie Sanders came in at 3 percent and Bill Gates at 2 percent. 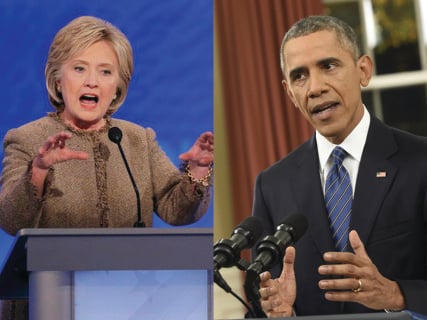 Clustered at the bottom of the list with 1 percent each are the usual contenders, including revered religious figures the Dalai Lama and evangelist Billy Graham along with George W. Bush and Bill Clinton. GOP presidential candidate Ben Carson also received 1 percent.

This is the 59th time Graham has appeared on this list since 1955.

For women, most admired status often goes to government leaders, politicians and TV stars. With her 14th time at the top, Clinton set the record for number of years leading the list, for either men or women.

But winning the Nobel Prize helps. The young activist for women’s education, Malala Yousafzai, came in second, at 5 percent of the votes behind Clinton’s 13 percent.

Oprah Winfrey, who launched a series on faith on her television channel this year, tied first lady Michelle Obama with 4 percent each.

And Americans put Carly Fiorina in a tie with German Chancellor Angela Merkel and long-admired Queen Elizabeth at 2 percent.