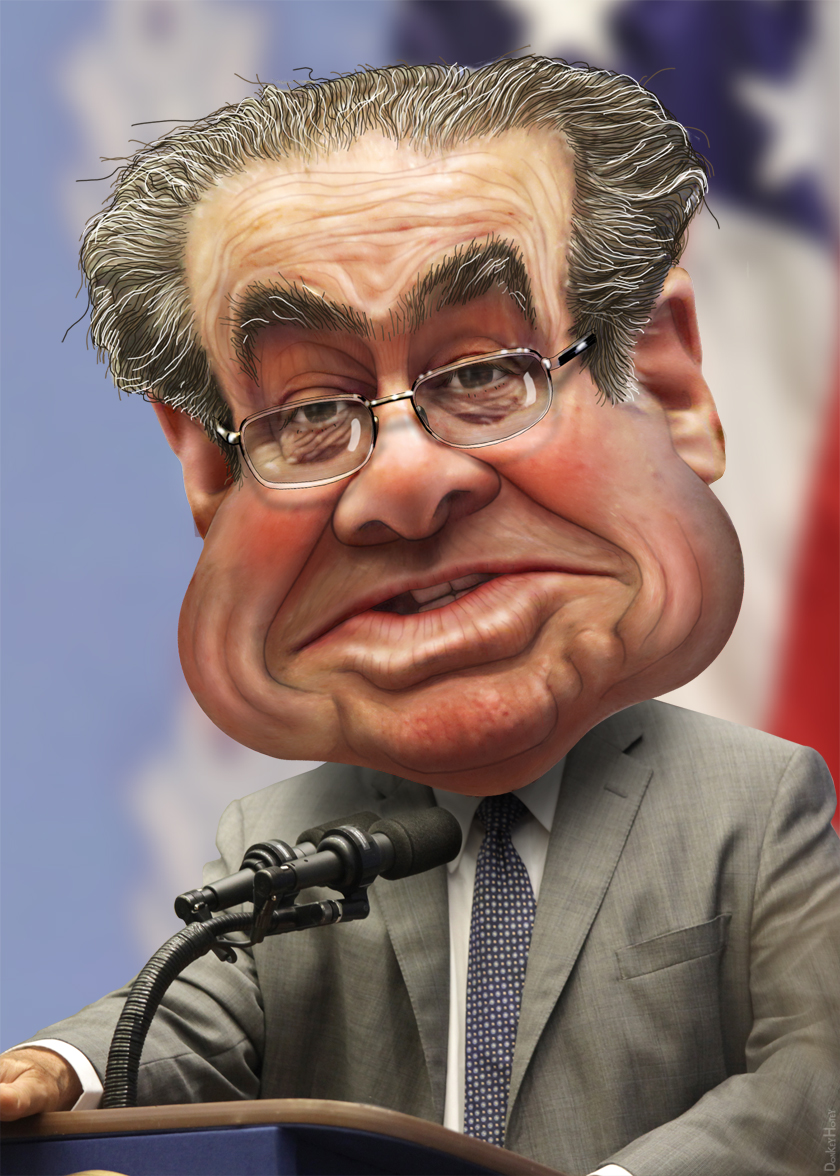 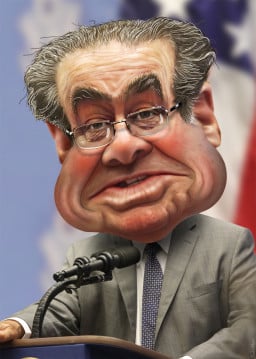 U.S. Supreme Court Justice Antonin Scalia told a small audience in Louisiana this weekend that the government was not required to remain neutral on matters of religion. In fact, God, according to Scalia, had been good to America because of it.

"God has been very good to us," Scalia said. "That we won the revolution was extraordinary. The Battle of Midway was extraordinary. I think one of the reasons God has been good to us is that we have done him honor. Unlike the other countries of the world that do not even invoke his name we do him honor. In presidential addresses, in Thanksgiving proclamations and in many other ways."

Scalia told the audience at Archbishop Rummel High School in Metairie, La., that government can (and should) favor religion over nonreligion. He sharply criticized his colleagues on the Court for their decisions to the contrary.

“Don't cram it down the throats of an American people that has always honored God on the pretext that the Constitution requires it,” he said.

While the statements made headlines, they were not surprising to court observers. Scalia holds to an accommodationist view of church-state relations. Accommodationists call for a limited reading of the First Amendment’s Establishment Clause, which states, “Congress shall make no law respecting an establishment of religion.”

Accommodationists agree that the Establishment Clause prohibits the federal government from, say, supporting a national church. But as far as general support for religion, such as displaying the 10 Commandments in courtrooms or praying in public schools? This is perfectly compatible with the First Amendment, they say.

Scalia has taken this position in cases before. In McCreary County v. ACLU, the Court ruled against a 10 Commandments display in a Kentucky courtroom, finding the display’s purpose was to advance religion. In a dissenting opinion Scalia blasted the ruling, saying the majority had missed the point of the Establishment Clause:

The three most popular religions in the United States, Christianity, Judaism, and Islam—which combined account for 97.7% of all believers—are monotheistic. All of them, moreover (Islam included), believe that the Ten Commandments were given by God to Moses, and are divine prescriptions for a virtuous life. Publicly honoring the Ten Commandments is thus indistinguishable…from publicly honoring God. Both practices are recognized across such a broad and diverse range of the population—from Christians to Muslims—that they cannot be reasonably understood as a government endorsement of a particular religious viewpoint.

He also raised these views in Lee v. Weisman, a case involving prayer at high school graduation ceremonies. Also dissenting in this case, Scalia panned the majority’s reasoning that school officials coerced students into praying as “incoherent,” and not true to an original understanding of the Establishment Clause.

For Scalia and others like him, the government can -- and should -- be doing more to advance religion in the public square.

The outspoken Supreme Court justice has ruffled his share of feathers in his nearly 30 years on the Court, criticizing the Court’s embrace of “the homosexual agenda” in Lawrence v. Texas, dismissing his opponents’ reasoning as “pure applesauce” in King v. Burwell, and most recently raising the question of whether black students should attend a "less-advanced school ... where they do well" (Fisher v. University of Texas).

Scalia’s comments on church-state relations this weekend may have raised some eyebrows, but they are in line with his established accommodationist views. And compared to some of his other controversial statements, they are almost innocuous.

Daniel Bennett (@bennettdaniel) researches the conservative legal movement. He is a professor of political science at Eastern Kentucky University.