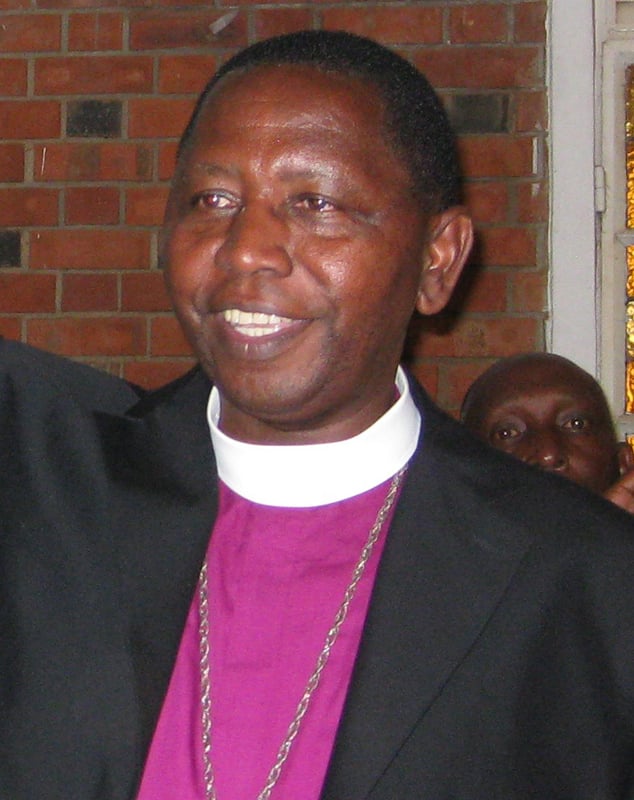 Archbishop Stanley Ntagali of Uganda said that unless "godly order," is restored he cannot participate in any official meeting of the communion. Photo courtesy of the Church of Uganda
January 7, 2016
Fredrick Nzwili 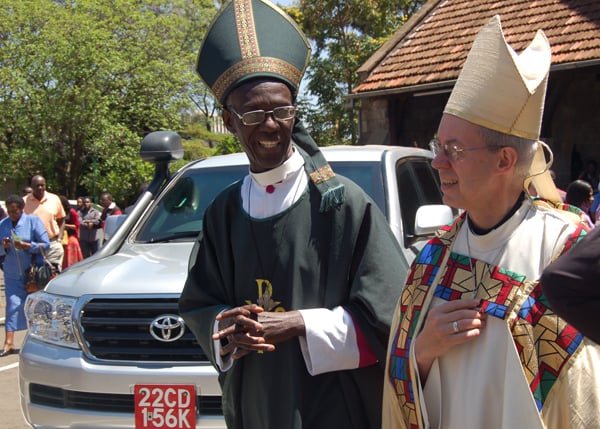 Archbishop Justin Welby of Canterbury and GAFCON Chairman Archbishop Wabukala of Kenya walk together at All Saints Cathedral in Nairobi in 2013. Welby visited Kenya before the GAFCON II meeting in Nairobi. RNS photo by Fredrick Nzwili

NAIROBI, Kenya (RNS) On the eve of a pivotal summit to explore the future of the Anglican Communion, cracks are emerging with a Uganda archbishop indicating he will not participate in a primates meeting unless “godly order” is restored.

Archbishop of Canterbury Justin Welby, the spiritual leader of Anglicans across the world, has invited the church’s primates to Canterbury, England, to explore how its 38 national churches can stay together while going their separate ways when dealing with the issues of gays and women’s ordination.

The Jan. 11-16 meeting is being viewed as the last chance for the communion to avoid a schism.

But Archbishop Stanley Ntagali of Uganda said that unless "godly order," is restored he cannot participate in any official meeting of the communion. Archbishop Stanley Ntagali of Uganda said that unless "godly order" is restored he cannot participate in any official meeting of the Anglican Communion. Photo courtesy of the Church of Uganda

"If godly order is restored during the 'gathering' of Primates, then I will be free to join any subsequent Primates Meeting that may be convened immediately thereafter in Canterbury,” the archbishop said. “If such godly order is not restored, then I will ... withdraw from the meeting."

Bishops that are part of the Global Anglican Future Conference or GAFCON, a group of conservative bishops, explained to Welby that they are not in communion with the Episcopal Church in the U.S. or the Anglican Church of Canada, Ntagali said.

“We, therefore, cannot participate in meetings to which they are invited because that would mean there were no problems in the Anglican Communion. The Anglican Communion has, in fact, experienced a serious rupture and the wound is still deep,” Ntagali said.

The problems were triggered in 2003, when the Episcopal Church consecrated the Rev. Gene Robinson, an openly gay man, as bishop of New Hampshire.

Ntagali said he would travel to England for the initial gathering but may not attend the official meeting that follows.

“The Archbishop of Canterbury … invited us to come together for a 'gathering' to consider if there was a way forward for the Anglican Communion. Together with the other GAFCON Primates, we have agreed to be part of a 'gathering,'” he said.

In a Christmas message, GAFCON chairperson Archbishop Eliud Wabukala of Kenya said he and many others long to see the communion united and the divisions healed, but in a way that honors God.

Wabukala plans to attend the gathering.