A devotee dances at the annual voodoo festival in Ouidah January 10, 2016. The national voodoo holiday in the West African country of Benin had a distinctively political accent this year as practitioners from Africa and the Americas gathered on Sunday to offer prayers and sacrifices for peace. REUTERS/Akintunde Akinleye.

COTONOU, Benin – The national voodoo holiday in the West African country of Benin had a distinctively political accent this year as practitioners from Africa and the Americas gathered on Sunday to offer prayers and sacrifices for peace.

Hundreds of followers of the traditional religion gathered in the Atlantic coast town of Ouidah, once an important port in the slave trade, to pray for calm during the tiny country’s presidential election scheduled for February.

Benin has no history of significant electoral violence. But David Kofi Aza, a well-known priest, said last month that an oracle named Fa had predicted dozens of deaths in post-electoral violence because the loser would refuse to cede to the winner.

The oracle did not reveal how the crisis would be resolved, Aza said. 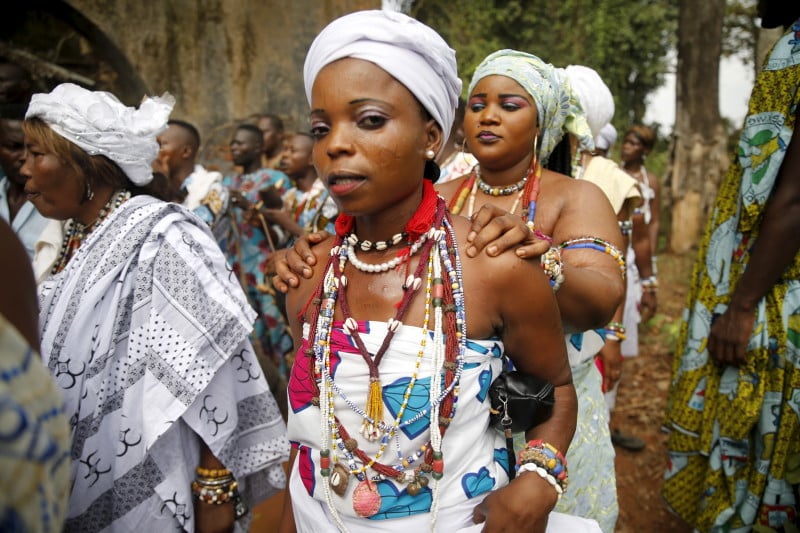 At the ceremony in Ouidah, spiritual leader Daagbo Hounan Houna II appealed to the dead to help keep order during the vote. “The elections will pass in a peaceful manner in the name of the bounties of the ancestors,” he said.

Further inland in Savalou, the hometown of Prime Minister Lionel Zinsou, priests and dignitaries set a chicken on fire at a ceremony before spreading its blood and palm oil on a fetish made out of cowrie shells and sand.

The election campaign has been overshadowed by a controversy over the ruling party’s choice of Zinsou as its candidate, a pick approved by outgoing president Thomas Boni Yayi. 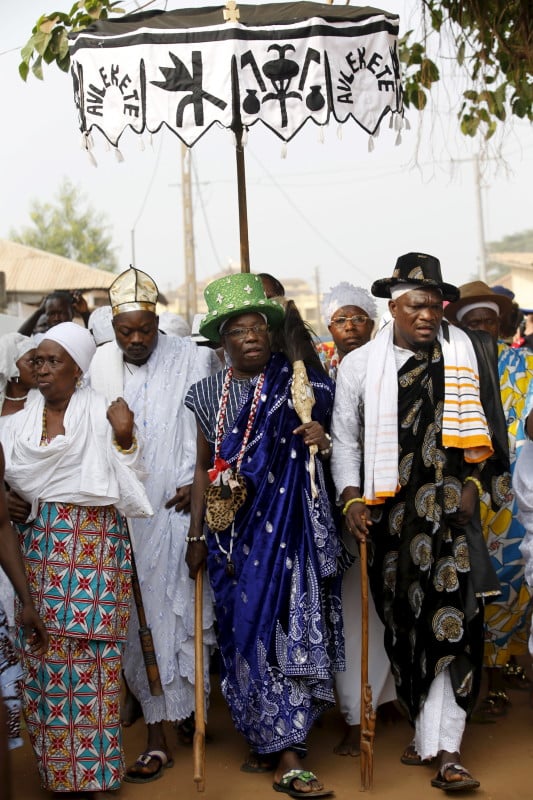 Voodoo chief priest Dagbo (C) walks with other devotees during a traditional street procession at the beginning of the annual voodoo festival in Ouidah, Benin, January 10, 2016. REUTERS/Akintunde Akinleye.

Last Tuesday, politicians from the opposition and dissidents from the ruling party met for discussions on the formation of a coalition to prevent Zinsou’s run.

Zinsou is both French and Beninese and spent a large part of his life in France. Critics claim he is an outsider without a true understanding of the realities of life in Benin.

But he does enjoy local support. “Diversity must be a richness and exclusion is a source of war,” Gbaguidi Tossoh, the king of Savalou, said at the ceremony there.

Boni Yayi has been president since 2006, when he took over in a peaceful transition of power after 28 years under Marxist coup leader Mathieu Kerekou, who gradually came to embrace multiparty democracy.

Aside from Zinsou, prominent businessman Sebastien Ajavon and Abdoulaye Bio Tchane, a former senior official at the International Monetary Fund and a 2011 presidential candidate, have officially declared their runs for the office.

The celebrations of voodoo, a traditional African spirit religion that spread to the Americas with the slave trade, were declared a national holiday in 1992.

This year they drew practitioners from nearby countries such as Togo, Ghana and Nigeria and locations as far away as Haiti, Brazil and the United States.

“For nearly 15 years, I have not missed this celebration,” said a man in his 60s from Brazil who gave his name only as Antonio.

(Reporting by By Samuel Elijah) 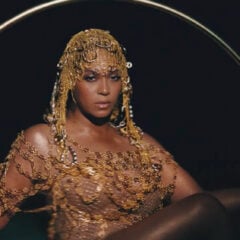 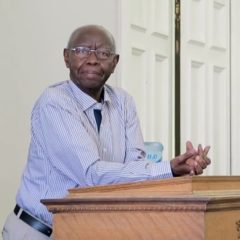 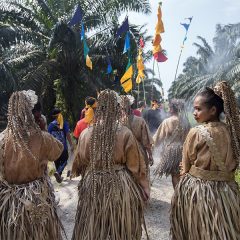 News
A Malaysian animist group gives thanks to spirits of the sea
Follow us on Facebook!
Submit your photos to RNS