“I don’t know where I’m going from here, but I promise it won’t be boring,” David Bowie told an audience at Madison Square Garden on his 50th birthday. It’s probably the quote that will be used most today to pay tribute to the singer/songwriter, who died of liver cancer yesterday at 69, and it’s a fitting tribute to the man whose music kept everyone–even himself–guessing about what was next. 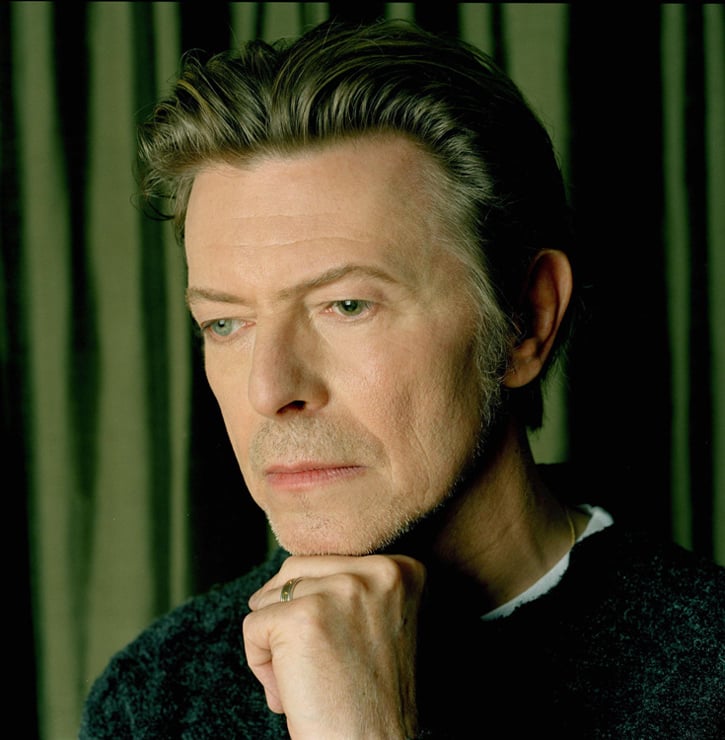 It was Bowie’s strangeness that, paradoxically, made him the beloved figure that sold millions of records and headlined sold-out arena tours. In writing, there is a trick that the more specifically you describe a person, the more deeply certain readers will identify with them–finding the universal in the particular. That is what David Bowie did better than almost any other artist out there.

Born David Jones in south London, Bowie broke onto the music scene with Young Americans–his ninth album–in 1975. He described himself as “not quite an atheist”–someone for whom the hold of religious imagery and power could not be entirely broken. “Questioning my spiritual life has always been germane to what I was writing,” he said in an interview with Anthony DeCurtis. “‘There’s just one niggling thing [standing between me and atheism]. Once I shave that off, we’ll be fine and dandy, and there won’t be any questions left.’ It’s either my saving grace or a major problem that I’m going to have to confront.”

The 2013 video for Bowie’s song “The Next Day” picked up on some old literature that criticized the hypocrisy of the church. Set in a bar called “The Decameron,” named for the 15th-century book by Boccaccio that satirized the Roman Catholic church and its priests, the video features Bowie as a Christ-like figure, Gary Oldman as a bishop, and Marion Cotillard as a prostitute. Bowie was criticized by Christians for being obscene and by others for not taking his criticism of the church far enough. Regardless of how it landed with critics, Bowie offered a scathing (if unoriginal) critique of the church, an insight into how an institution created by God but perpetuated by humans often does what Proverbs 4 warns against: speaking out of both sides of its mouth. The church warns against lust and condemns infidelity, but pastors have affairs and priests abuse children. The church exhorts Christians to care for the poor, but leaders build lavish homes and use church resources for their own gain. David Bowie understood what too many Christians don’t, which is that if you continue to say one thing and do another, the people who trusted you will leave. He enacted satire through music as well as he enacted dreams.

“I’m in awe of the universe,” Bowie told Esquire in 2013.  “I don’t necessarily believe there’s an intelligence or agent behind it. I do have a passion for the visual in religious rituals, though, even though they may be completely empty and bereft of substance.” There is a thin line between faith and certainty, and Bowie’s words betray him here–necessarily. May be. Whatever he did believe in, Bowie created a world that included any kind of person, especially the outsider, even as his popularity skyrocketed. It’s a testament to his universal appeal that Cardinal Gianfranco Ravasi, a Vatican official in charge of the Pope’s Council for Culture, tweeted lyrics to “Space Oddity” to mark Bowie’s death today. If the church he criticized couldn’t embrace him in life, perhaps they can in death.