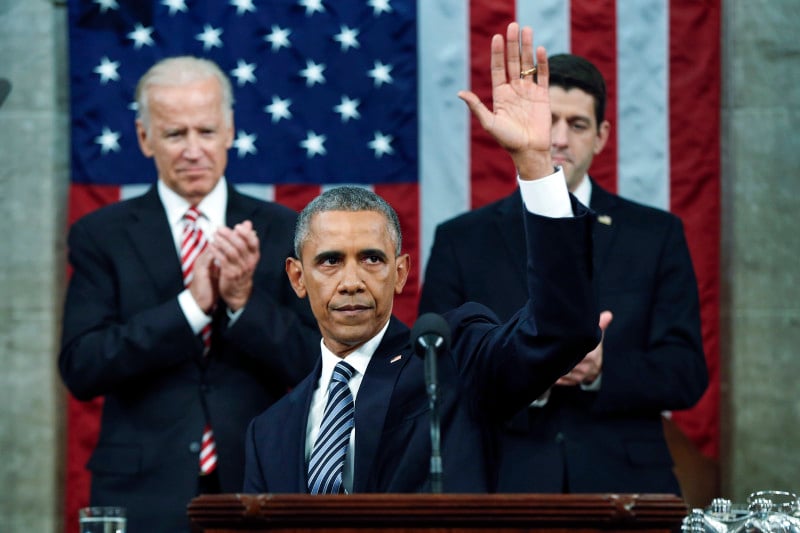 President Obama waves at the conclusion of his final State of the Union address to a joint session of Congress in Washington on Jan. 12, 2016. REUTERS/Evan Vucci/Pool

(RNS) In his last State of the Union address, President Obama made an impassioned case against religious bigotry and cast other key issues in moral terms.

He rejected “any politics that targets people because of race or religion.”

“This is not a matter of political correctness,” he said. “This is a matter of understanding just what it is that makes us strong. The world respects us not just for our arsenal; it respects us for our diversity and our openness and the way we respect every faith.”

Agreeing with Pope Francis by speaking against hatred and quoting the Rev. Martin Luther King Jr., who called for unity, the president said Tuesday (Jan. 12): “When politicians insult Muslims, whether abroad or our fellow citizens, when a mosque is vandalized, or a kid is called names, that doesn’t make us safer.”

Here are some reactions to Obama’s remarks: 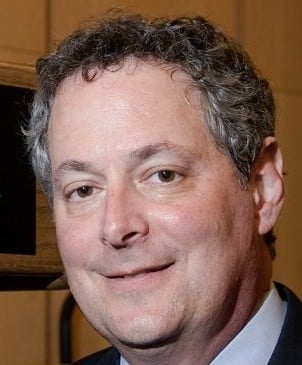 “The president made a powerful call tonight for a new politics, one that rejects bigotry, hatred and division. He demonstrated that commitment to a politics of inclusion tonight by rejecting anti-Muslim bigotry and standing for religious freedom. It is incumbent upon each of us to answer the president’s call to ensure that the legacy endures and the state of our first freedom remains strong.”

“President Obama’s faith in Washington is far greater than his faith in the American people. He calls for national unity in the same breath that he lauds same-sex marriage — the single most divisive Supreme Court decision since Roe vs. Wade. And his condescending attitude discourages the kind of cooperation he claims to desire.” 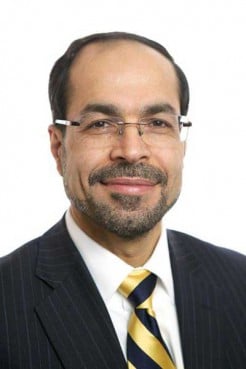 “We welcome President Obama’s strong rejection of Islamophobic rhetoric in politics, which sent a clear message to candidates like Donald Trump and Ben Carson who promote and exploit anti-Muslim bigotry for their own political gain. We must leverage the strength of our diversity in this nation and worldwide. America is made stronger because of its religious and ethnic diversity.”

“President Obama’s message reaffirms my confidence in our nation when he calls on all of us to face the future with confidence, not fear, by living up to the values from which our nation’s strengths are derived. He has set an example for all those in leadership and public office to follow by defending our values of inclusion, diversity, and compassion.”

“Unfortunately, talk of Iran, the world’s largest global state sponsor of terror, was brief and incomplete. Just hours before the State of the Union address, Iran seized two U.S. navy patrol boats in the Persian Gulf, and is detaining 10 American sailors. This aggressive action is in line with Iran’s long-standing hostility toward the United States and the global community of nations.”

“He talked about immigration and not being discriminatory toward Muslims or Islam or immigrants as he is deporting and using ICE to deport our brown brothers and sisters in places like New Orleans, in places like Texas.”

Haroon Moghul, fellow at the Institute for Social Policy and Understanding:

Thank you, @Potus, for standing up for the rights of Muslims, and the dignity of our religion, and the safety of our communities #sotu