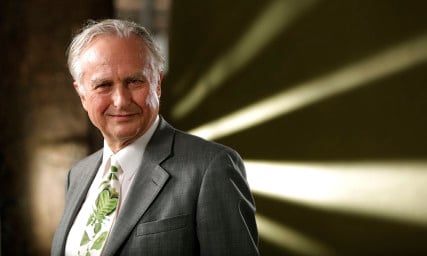 (RNS) It’s like a royal wedding in the small world of atheist organizations: The Center for Inquiry and the Richard Dawkins Foundation for Reason and Science are merging to form the largest reason-based organization in the U.S.

The new organization will retain the Center for Inquiry name, while giving a seat on its board to Richard Dawkins, the British evolutionary biologist who is a superstar in the atheist community for his best-selling books on atheism and science and his outspoken talks against religion.

As part of the merger, Ron Lindsay, a lawyer who has headed CFI since 2008 — and shepherded the Amherst, N.Y.-based organization through a difficult and controversial transition from its founder, humanist philosopher Paul Kurtz — will step down. Taking his spot will be Robyn Blumner, the Dawkins Foundation’s executive director for the past two years.

“I hope and I believe that this merger will significantly enhance the impact of CFI’s work, and, as a result, will also further some of the common goals of the secular movement, such as keeping religion out of public policy and reducing the stigma associated with being an atheist or humanist, which is still all too prevalent in the United States,” Lindsay said in an email interview.

Blumner, who is based in Washington, D.C., said in a statement: “Secularism is on the ascendency in the United States and beyond. Science has proven to be the engine of human progress. Bringing more resources and ambition to promoting these forces of reason is what this merger is about.”

RELATED STORY: Richard Dawkins stands by remarks on sexism, pedophilia and Down syndrome 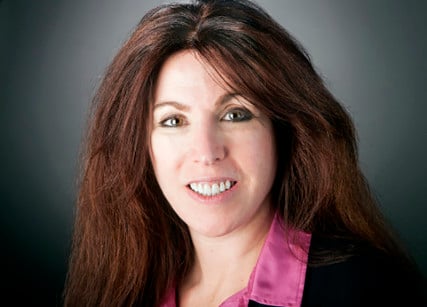 Robyn Blumner, new CEO of the Center for Inquiry. Photo courtesy of Richard Dawkins Foundation for Reason and Science

Dawkins, 74, has lent his name and fortune to projects throughout the atheist community, including science education programs and a push to encourage atheists and other nonbelievers to “come out” as such.

His 2006 book, “The God Delusion,” ranked in the Top 10 of New York Times best-sellers that year and sold more than $3 million in copies. He has appeared in movies and television shows and is a frequent speaker at atheist, science and reason gatherings in the U.S. and abroad.

In addition to his celebrity, he brings a good bit of cash to CFI. It has a $5.2 million budget for 2016 and 41 employees, according to numbers supplied by CFI before the merger. In addition to its focus on secularism, CFI has programs on human rights, freedom of expression and the advancement of science. The Dawkins Foundation will bring in an additional $1.3 million to $1.5 million and three employees, a CFI spokesman said.

If the Dawkins Foundation brings assets, it also bring potential liabilities. Dawkins has made headlines in recent years with provocative remarks about women, Muslims and date rape. He is particularly prolific and controversial on Twitter, where he has 1.3 million followers.

“There are going to be occasions and events where Professor Dawkins expressly represents CFI, and we’ll be proud to have him do so, as he’s one of the most skilled communicators of science and secularism of our time,” said Paul Fidalgo, director of communications for CFI.

“He’s also his own person, and just like everyone else associated with or employed by CFI, he can and will speak for himself on occasion,” Fidalgo added, “and not necessarily for CFI.”

The news came as a surprise to many within and outside of organized atheism. There are approximately 20 atheist, humanist and other secularist organizations, all of which have rubbed elbows or collaborated with the Dawkins Foundation in the past. Why did Dawkins take his celebrity and fortune to CFI instead of the American Humanist Association, American Atheists or the Freedom From Religion Foundation, some of which have given him awards in the past?

“I think it is the science angle” at CFI, said Ryan Cragun, an associate professor of sociology at the University of Tampa who is working on a book about atheist and secular organizations. “Dawkins knows CFI is going to be around for a long time, they have resources in place to support his interest in science and reason. It makes sense to go with CFI.” 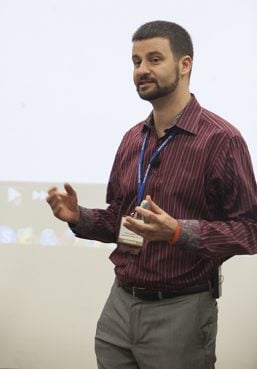 Todd Stiefel, whose Openly Secular organization is a project of the Richard Dawkins Foundation, hailed the merger.

“CFI is doing more on the skeptic side and the humanism side and legal side,” he said. “RDF is a much younger, smaller organization but is doing really well in science education and discrimination (against atheists). CFI has some of that, but this can really benefit both teams.”

Writing on his Friendly Atheist blog, Hemant Mehta described the merger as “a win-win” situation and said it would make Blumner “one of the most powerful women in the world of organized atheism.”

“It’s worth celebrating,” he said.