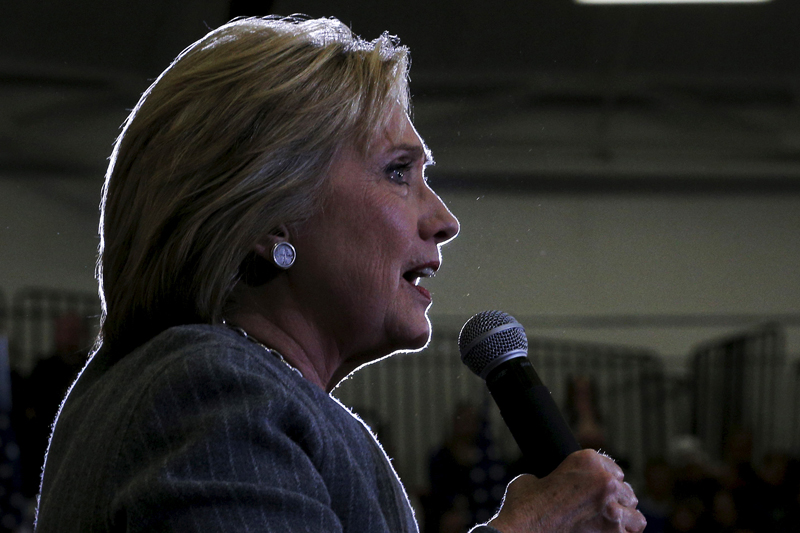 Democratic presidential candidate Hillary Clinton speaks during a “Get Out to Caucus” rally in Council Bluffs, Iowa, on Jan. 31, 2016, one day before Iowa’s first-in-the-nation caucus. Photo courtesy of REUTERS/Brian Snyder
*Editors: This photo may only be republished with RNS-GRAVESFITZSIMMONS-COLUMN, originally transmitted on Feb. 1, 2016.

(RNS) Two years into her tenure as secretary of state, Hillary Clinton was described in a profile as “the good little Methodist girl” by an unnamed White House staffer. It wasn’t a compliment. The critic of our nation’s top diplomat condescendingly painted her as a practical and lightweight leader; “In the end she’ll have her list of the nine or 10 things she has to do and check them off one by one.”

Criticism of Secretary Clinton as a pragmatic “doer” implies she’s not a revolutionary change-maker. That criticism continues today as she faces, for the second time, a Democratic primary opponent who makes sweeping claims about transforming our entire political system.

Much to her frustration, the person closest to becoming the first woman president in our nation’s history has come to represent the status quo. Secretary Clinton is portrayed as a moderate with questionable ties to the financial and political establishment. Voters should understand, though, that Clinton’s political approach isn’t about preserving the status quo. To understand Clinton’s pragmatic politics, you must understand her Methodism.

Clinton was recently asked in Iowa what her faith meant to her. She summarized, “My study of the Bible … has led me to believe the most important commandment is to love the Lord with all your might and to love your neighbor as yourself, and that is what I think we are commanded by Christ to do.”

She outlined a few of the ways she felt commanded to love others through her own life: “taking care of the poor, visiting the prisoners, taking in the stranger, creating opportunities for others to be lifted up, to find faith themselves.”

Talking about her faith has been a consistent part of Clinton’s public life. As first lady, she delivered a major speech in 1993 at the University of Texas, saying: “We need a new politics of meaning. We have to summon up what we believe is morally and ethically and spiritually correct and do the best we can with God’s guidance.”

She has often claimed a quotation attributed to the founder of Methodism, John Wesley, as one of her mottoes: “Do all the good you can, by all the means you can, in all the ways you can, in all the places you can, at all the times you can, to all the people you can, as long as ever you can.” Wesley stressed personal acts such as feeding the hungry and communal acts of mercy such as ending slavery. Clinton cites her Methodist youth pastor’s taking her to see the Rev. Martin Luther King Jr. as the formative moment for her political awakening.

Methodism has developed into a broad tradition that counts as members leaders with a range of political ideologies. It’s the religion of both Dick Cheney and Elizabeth Warren. But what is consistent about Methodism is the drive to make a practical difference in people’s daily lives.

Former President Bill Clinton told Iowa voters last week that to understand his wife, they should look to her faith: “Her instinct is not who can I attack, who can I blame — not that you shouldn’t ask people to take (responsibility), which I think is great — but her immediate instinct is what can I do to make it better and that’s what we need.” He added, “It took my breath away when I realized 45 years ago that is really what motivates her.”

Her husband makes a compelling and surprisingly authentic case, supported by a lifetime of hard-won achievements for the people she has represented. As a young lawyer, she worked with the Children’s Defense Fund and co-founded the Arkansas Advocates for Children and Families. As first lady, she led the fight to expand health care access to all Americans and forged a bipartisan coalition to create the Children’s Health Insurance Program, which provides coverage to 8 million children. She championed women’s rights around the world, a cause she continued to advance as secretary of state.

As a U.S. senator, she helped secure health care benefits for first responders who were contaminated at Ground Zero and $21 billion in federal aid to rebuild New York after 9/11. She worked with Republicans on bringing broadband access to rural communities. As our nation’s top diplomat, she tirelessly rebuilt our nation’s image abroad and brokered a cease-fire between Israel and Hamas. 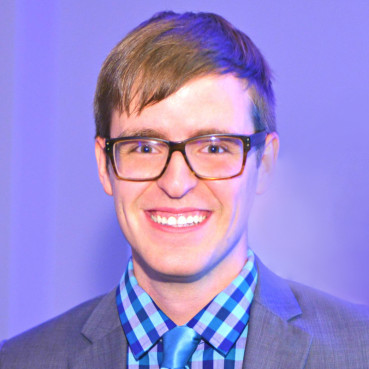 Voters today can rightly criticize Clinton for not being a grand, transformative figure who will transcend politics and radically reshape America in her own image. If you think that’s possible, Sen. Bernie Sanders wants your vote. Perhaps pragmatism will prove unseasonable for Democrats this cycle. It certainly appears to be dead on arrival on the Republican side.

Hillary Clinton doesn’t fantasize about a Congress without Republicans. She doesn’t over-promise, but promises to make as many lives better as possible. Her record speaks not in catchy campaign slogans, but in stories of lives tangibly improved. Hillary Clinton is a good Methodist woman. And that’s a compliment.

(Guthrie Graves-Fitzsimmons writes about faith and public policy. From 2011 to 2015, he worked at the National Immigration Forum mobilizing Christians to advocate for the value of immigrants and immigration to America. Follow him at @guthriegf)