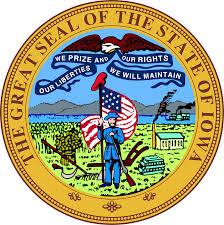 When the precincts turn in their results tonight, I predict the winners of this year's Iowa caucuses will be Ted Cruz and Bernie Sanders. Religion's a big part of the reason.

On the Republican side, it's all about white evangelicals, who typically constitute 60 percent of GOP caucus-goers. Since 1988, when they catapulted Pat Robertson into second place, Iowa's evangelicals have been the most highly mobilized and politically successful religious community in the country. They handed the state's nomination to Mike Huckabee in 2008 and in 2012 put Rick Santorum over the top.

No, Cruz hasn't sealed the deal with the evangelical rank and file, who support Donald Trump to a surprising degree. But Cruz has worked the pastors to a fare-thee-well, and they're the key to getting the troops out. The pastors have no use for Trump at all. Who they like is Ted Cruz.

As for the Democrats, the energy is all with those who are feeling the Bern, and excitement is important for caucus turnout. But beyond that, it's important to note that the Iowa electorate has become appreciably less religious since Barack Obama won the Democratic caucuses eight years ago.

Nones have increased their share of the population from 15 percent to 24 percent. Christians are down 11 points, with the decline concentrated among Catholics and Mainline Protestants, whom the Nones now outnumber by six and two percentage points respectively. Nones are overwhelmingly Democrats, and this year, Sanders is their standard-bearer. I'm saying they will turn out for him.

The final Iowa Poll shows modeset leads for Trump and for Hillary Clinton. If Cruz and Sanders win, you heard it here first.