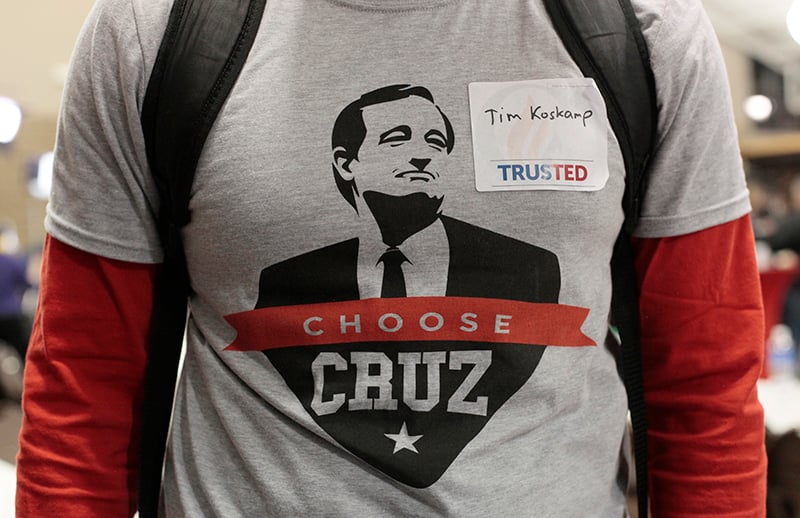 A supporter of Republican presidential candidate Ted Cruz wears a Cruz T-shirt at his Iowa caucus night rally in Des Moines on Feb. 1, 2016. Photo courtesy of REUTERS/Brian C. Frank *Editors: This photo may only be republished with RNS-TAYLOR-COLUMN, originally transmitted on Feb. 2, 2016.

(RNS) Now that Ted Cruz has won Iowa’s Republican presidential caucus, he may want to listen more closely to those evangelicals who supported him on the subject of climate change.

Just last month, the Texas senator, who chairs the Senate’s Subcommittee on Space, Science and Competitiveness, proudly claimed, “According to the satellite data, there has been no significant global warming for the past 18 years.”

In fact, the evidence clearly shows that 14 of the 15 warmest years ever recorded all happened since the year 2000. And 2015 was the hottest on record in human history.

The relationship between the burning of fossil fuels and the rise in Earth’s temperature is no longer a matter of correlation. According to 97 percent of climate scientists, it’s a matter of causation.

That’s a fact as sure as smoking causes lung cancer.

Yet too often in the American political landscape the question is asked, “Do you believe in human-caused climate change?” — as if the issue were a matter of personal preference that bends to the will of politicians, not the laws of chemistry and physics.

Fortunately, many evangelicals are ahead of Cruz on this issue. And here’s to hoping they can convince Cruz and other climate change skeptics of the scientific consensus.

One key strategy is to stress values.

Katharine Hayhoe, an atmospheric research scientist at Texas Tech University and a contributor to the Nobel Prize-winning Intergovernmental Panel on Climate Change, knows that when appealing to climate-change skeptics “facts are not enough.”

Hayhoe is also a pastor’s wife, and because of her role as a climate scientist and born-again Christian, she often gives talks to evangelical Christians. Hayhoe’s approach is to connect with shared values, before laying out the specifics of climate science.

All people of goodwill care about the relationship between pollution and the health of their children, but evangelicals in particular are under a strong mandate to care for the least of these, as Jesus commanded.

By connecting to universally shared values and appealing to the authority of Scripture, Hayhoe repudiates arguments against climate action.

Brian Webb, who has studied the effectiveness of her talks, says her approach appears to be working.

Webb is the founder of Climate Caretakers, a Christian campaign aimed at mobilizing U.S. evangelicals to pray and act on climate change as part of a faithful Christian lifestyle.

American evangelicals play a critical role in the fight against climate change.

“The United States is the only industrialized country in the world where denial of climate change has become inextricably linked to a dominant political party. And evangelicals form the most solid foundation for this party,” Webb says.

Webb believes that responding to climate change is inherently a Christian act, just as caring for God’s creation and loving our neighbors. He also believes that mobilizing American evangelicals for climate action can be a game-changer for the world.

Thankfully, people like Hayhoe and Webb are starting to get some help from the top.

Not only is the World Evangelical Alliance under the leadership of Bishop Efraim M. Tendero passionately on board; the National Association of Evangelicals, which represents more than 45,000 local churches from nearly 40 different denominations and serves a constituency of millions, has also signed on.

In October, the NAE officially passed a resolution affirming the Lausanne Cape Town Commitment of 2010. This global evangelical statement affirms, among other things, the need for Christians to adopt lifestyles that renounce habits of consumption that are destructive or polluting and to recognize the calling of Christians who engage in the protection and restoration of the Earth’s habitats and species through conservation and advocacy. 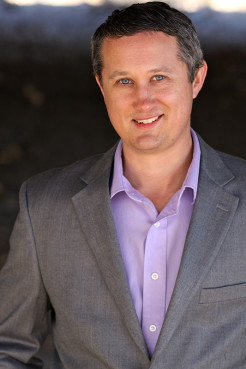 As the heat-record-shattering year 2015 came to a close, the world came together in Paris to hash out an agreement to signal the end of the fossil fuel era. It was a good start, but now the real work begins.

It’s heartening to see my evangelical brothers and sisters embracing climate action. Faith in Jesus and caring for the environment should go hand in hand.

As a candidate for president whose base rests with evangelical voters, Cruz may want to listen to the heartfelt pleas of his most devoted constituency. When it comes to climate change, they have something to tell him.

(Aaron Daniel Taylor is the producer of “We Know Not What We Do,” a spiritual and artistic documentary examining climate change from a moral perspective)