Photo by May Golan via Flickr Creative Commons https://www.flickr.com/photos/maygolan/8929113163/

Israel’s parliament is set to enact new restrictions on NGOs that receive funds from foreign governments or government funded entities. The measure should go up for a vote on Monday. If passed, it would be a blow to transnational advocacy, particularly in areas of human rights. I ask an expert to weigh in on the implications.

The move to pass the so-called “NGO Transparency Bill” is being spearheaded by Justice Minister Ayelet Shaked the Jewish Home party (a religious Zionist party). Most of these groups are on the left politically and/or human rights groups that oppose the current government. Other NGOs that supported by corporations, organizations, or wealthy individuals outside Israel are not included.

Groups affected by the restrictions would be required to report their funding each time they meet with a government official or issue a report. The bill raised concerns among the U.S. government, the Anti-defamation League, and the American Jewish Committee. It was also condemned in a Washington Post editorial.

See this interactive map of Israeli settlements in occupied territories

The bill would hamper transnational advocacy — what is that? I asked Celeste Montoya to explain. Montoya is a political scientist and associate professor women and gender studies at University of Colorado Boulder. She is the author of From Global to Grassroots, a study of European transnational advocacy to stop violence against women. Besides being a great piece of scholarship on gender politics, it is also an excellent study of how NGOs and other advocates who are facing resistance from their governments can work with those from other countries. 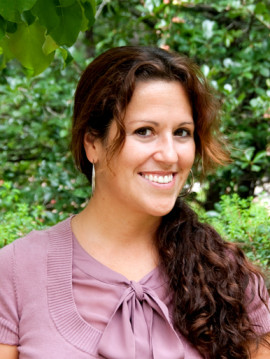 We often think of advocacy groups acting domestically without support from other nations or international organizations. So, what is “transnational advocacy”?

Transnational advocacy is simply advocacy that crosses borders. It takes a lot of different forms and can include a variety of actors (state and non-state). It might involve pressure politics and/or resource sharing and capacity building.

There a number of different reasons. States have increasingly outsourced work to NGOs. Sometimes they work with NGOs simply for their expertise and effectiveness. Sometimes they work with them as a means of offloading responsibilities, minimizing expenditure, and distancing themselves from certain projects. Working with NGO’s can also be an effective means of bypassing hostile, nonresponsive, or ineffective governments to address an issue.

Lobbyists focus their efforts on government officials. NGOs might do this, but human rights groups also work more with the general or targeted populations, providing services, conducting research, engaging in empowerment strategies, etc.

One commentator wrote: “In democracies, civil society organizations are supposed to arise indigenously and not as tools of external actors promoting their own interests and political manipulations.” Is this how we should view advocacy and NGO’s?

In this day and age, it is hard to find any politics that are fully domestic. That’s just not the world we live in. New technologies have sped up and expanded the transfer of ideas and information, including those that support democratic values. Transnational advocacy have improved the opportunities for marginalized groups with limited resources to challenge oppressive status quos. Of course those same opportunities are available to groups with goals that are perceived as less desirable or even threatening.

One argument for regulating foreign support for NGOs is that it will improve democracy by limiting the influence of foreign groups on domestic affairs. But opponents say the opposite: in a democracy, groups should be able to receive support from anywhere, including other governments and international organizations. Based on what you’ve researched, does support from foreign sources improve democracy?

Hmm, that’s a tougher question to answer. Foreign sources can provide valuable resources (information, money, legitimacy) for the human rights groups I study. But they often come with stipulations and directives that are not always the best fit with local contexts. So, while they can empower groups to better advocate for themselves, they can also be more dictatorial. However, strict regulation of foreign support for NGOs is an effective way for governments to shut down unfavorable opposition. It’s a step we’ve seen taken in more authoritarian states, such as Russia.

News
What four strangers of different faiths learned while living together during a pandemic
Martini Judaism
If you’re religious and supported President Trump
Opinion
How Jewish is “Ma Rainey”?
Opinion
Four facts that will change relations between Christians and Jews in the next decade
News
Religious, ethnic minorities grapple over California’s model ethnic studies curriculum