Last night, NARAL Pro-choice America (NARAL) went on an “angry Superbowl tweetstorm” (to use Politico’s headline). The kerfuffle following its critique of Doritos’ sonogram ad was another reminder of why abortion politics is so contentious and difficult to cover fairly.

The ad featured a couple at an ultrasound appointment. The father is eating Doritos, which upsets the mother. The baby, however, also likes Doritos and wants a chip, too. You can watch the ad. Here’s NARAL’s take in 140 characters or less:

Say what you will about the ad for overly-flavored-quasi-nacho chips, I don’t think they were “using #antichoice tactic of humanizing fetuses.” Personally, I don’t think anyone in the ad is humanized. I find the comment on sexist tropes on point. But to see an anti-choice tactic in the ad? Don’t give Doritos that much credit.

This is the state of abortion politics. Both sides see it as battle of good-vs-evil. One side sees themselves in Schindler’s List; the other sees America sliding into The Handmaid’s Tale. Every word and deed is used to mark which side is winning. Both sides are in a trench war battling over inches. With public opinion and constitutional law settled, each side fights over anything that could change the battlefield.

I came to this realization in 2011 when I covered the debate over “Protect Life Act.” The Affordable Care Act had recently been passed, but Republicans had then taken control of Congress. The bill would change how hospitals receiving Medicaid or Medicare funding treat women needing an emergency abortion. The law required that the hospital conduct the abortion or transfer the woman to a hospital who would do so. The Protect Life Act removed this requirement, meaning that hospitals would not be required to provide abortion services or transfer women.

RELATED STORY: Should men be able to ‘veto’ abortion decisions? Why you should expect most Americans to agree

You can imagine the heated response. How could anyone justify not providing a woman with an emergency procedure? Or even taking the woman to another facility? 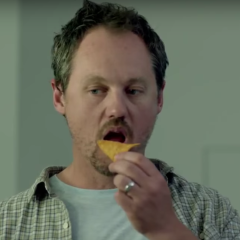 But in my interviews with activists on both sides, a strange fact emerged: neither side could tell me of any case in which a hospital had to conduct an emergency abortion. In fact, no one could think of a situation in which an abortion would be required as an emergency procedure. A woman may choose to terminate her pregnancy for health reasons (including a severe health crisis), but I couldn’t get anyone to explain a case in which it has been or would be necessary to conduct an abortion in an emergency room.

Maybe there is a medical situation in which a pregnancy could not be stabilized until later. Maybe not. The problem was that neither side could provide an example of one at the time.

I’m not criticizing one side; I’m criticizing both sides of the debate. This was a fight over a hypothetical that did not exist. Moreover, both sides acknowledged that it didn’t exist. But if one side did anything to move the battle line, the other side fought back. The best explanation either side could give me was that a change in the law could be used as a precedent for the next fight or two or ten fights later.

That experience shapes how I view debates over a tweet about snack food. NARAL sees it as an opportunity to fight back against an “#antichoice tactic” and then pro-life groups seize upon the opportunity to employ that tactic. And while they’re at it, slam NARAL for not seeing a fetus as human.

It also shapes how I write about abortion. Just a few paragraphs above I used the word “father” and “mother.” But are they really a father and mother if they baby isn’t born yet? If not, then what are they? “Father-to-be” and “mother-to-be”? Just “husband” and “wife” (since he’s wearing a wedding ring)? Research shows that these word choices are important to activists, but they make little difference on average people. But choose the wrong word and expect activists on either side will let you know why you’re biased against the side of right.

The politics surrounding abortion isn’t going to change, but allow me to be a little pollyannish. There were two ads that NARAL liked that I hope both sides can embrace.

The first is the Super Bowl babies ads. Babies. Both sides can agree on that, right?

Thank you @NOMOREorg for calling attention to domestic violence while millions are watching. #SB50 #MediaWeLike

I’m not holding my breath—the realist in me knows that all of the attention will be on NARAL’s response to Doritos. That’s how abortion politics works for both sides.