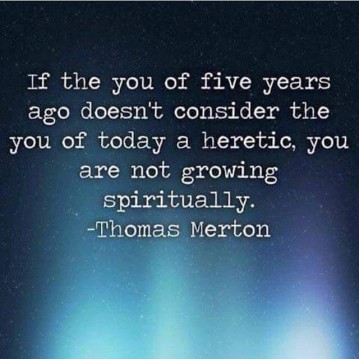 It’s a great sentiment, but my BS radar went off at the attribution to Merton. This language of “growing spiritually” is awfully modern for someone who died half a century ago and dedicated his adult life to a religious tradition that he believed contained, at its foundations, an unchanging truth.

And, sure enough, it’s not from Merton. People here and here who have searched through his actual writings haven’t been able to find it. My own (admittedly lazier) search using Google Books also turned up nothing authentic.

There are plenty more where this came from: quotes that have circulated ad infinitum on social media but can’t be traced to the famous religious figure who allegedly said them. Here are some popular ones. 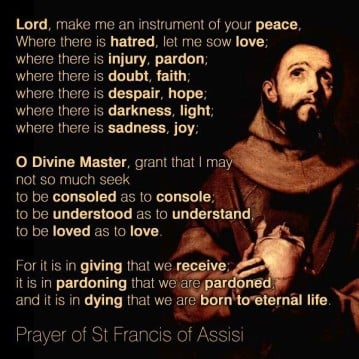 The Prayer of Some Unknown French Dude

I was crushed to find out this famous prayer is not actually from St. Francis. This is one of the only prayers I have memorized — thank you, Sarah McLachlan and Buffy — and it was read at my wedding. I love this prayer.

But it’s an early-twentieth-century French prayer that somehow got stuck on the back of an image of St. Francis, and much like a modern-day meme tends to forever cement a connection between words and pictures, the association was born. By WWII people were calling it the Prayer of St. Francis, and we’ve never looked back. 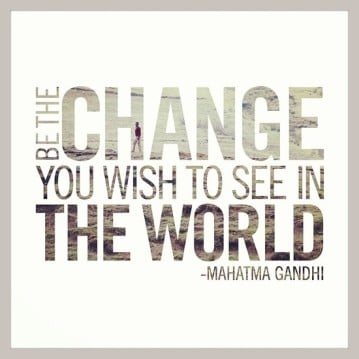 Anonymous’s “Be the change”

Since I used this quote in at least two speeches before I found out that Gandhi never said it, I’m now officially part of the problem. I’m wicked sorry.

The New York Times attempted to track the source of this and found “no documentary evidence for the quotation.” And unfortunately, as the article points out, our insistence on pinning this quote to Gandhi does some violence to what he actually taught. His message “involved a steady awareness that one person, alone, can’t change anything, an awareness that unjust authority can be overturned only by great numbers of people working together with discipline and persistence.” 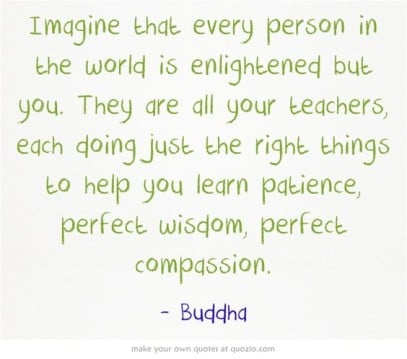 This is such a great quote. It’s got all that “All I Ever Needed to Know I Learned in Kindergarten” homespun wisdom about everyday life.

But as this article points out, it’s from Buddha’s Little Instruction Book, which was not, as the title would suggest, actually written by the Buddha. Jack Kornfield’s meme-worthy words have gotten an enduring Buddha imprimatur.

“Make All the Memes You Can”

Drat. I really wanted this to be from Wesley. Whoever created it even took the time to emulate eighteenth-century speech patterns (“as ever you can”), so mad props.

See here and here for the dubious provenance of this quote. (Also in dispute: “In essentials, unity; in non-essentials, liberty; and in all things, charity.” Apparently Wesley didn’t say that either. Sigh.)

Even Mother freakin’ Teresa is not immune to Internet fraud. According to motherteresa.org, these famous words were from Richard Attenborough, the filmmaker who produced and directed Gandhi (and who, as an actor, was responsible for creating all those dinosaurs in Jurassic Park; is this payback?).

Poor Richard. I couldn’t find a single meme of his quote with his name and photo attached. 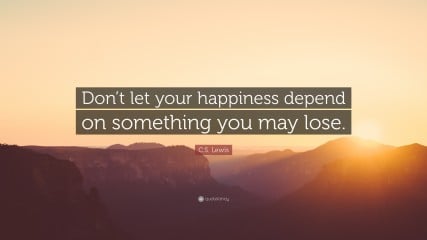 Surprise! These words actually were written by Lewis. They can be found in The Four Loves . . . immediately before Lewis utterly destroyed this premise of nonattachment by arguing the exact opposite point of view.

Here’s a great post that analyzes this passage and says that context is key. You have to read the whole thing. Lewis set up the argument as a kind of “Yeah, sure, it sounds really reasonable to say that we shouldn’t risk our hearts on relationships and people we may lose. However, this safety is absolutely not what Christ wanted from us. Love means risk.” (By the way, this ineloquent paraphrase is enough of a defamation to have Lewis rolling in his grave, so can we agree not to make a meme out of it?)

Probably some Emergent Christian in the 21st century

I searched all of Mark Twain’s writings at this website, and I got nothin’. I guess it’s possible that this came from a speech he gave at some point, but it doesn’t seem to be in anything he published. Given the very contemporary sentiment, it’s more likely to be of modern invention.

But I don’t want to leave you on such a depressing note, so amidst all of these forgeries I submit for your consideration a historical gem that is clearly perfect in both concept and origins: 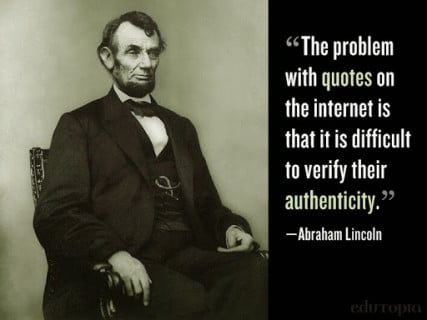