Monday (Feb. 15) night’s “Babylon,” the fifth episode of the new “X-Files” miniseries on Fox, centers on a suicide bombing at Ziggurat, a Texas art gallery displaying a controversial image of the Prophet Muhammad. The plot is reminiscent of a shooting at anti-Islam provocateur Pamela Geller’s “Muhammad Art Exhibit” in Texas last year. David Duchovny and Gillian Anderson in the “Babylon” episode of “The X-Files,” which aired Monday, Feb. 15, 2016. Photo courtesy of Ed Araquel/Fox

Written and directed by series creator Chris Carter, the episode opens with Shiraz, a young Muslim man, praying his afternoon salat in a dark room. Within minutes, he and a conspirator have stepped into the gallery and lit the streets on fire.

The episode cuts frequently to images of bearded men building bombs in preparation for another attack, and includes a recitation of a Quranic prayer and uses Arabic as the default language for all the Muslim suspects and their families.

“In this universe, the world’s vastly diverse population of Muslims is reduced to a monolithic symbol,” Ismat Sarah Mangla wrote in the International Business Times. “(T)he only time we see Muslims on television or film, whether they’re performing the ordinary daily prayers practiced by 1.6 billion Muslims around the world or just behaving in otherwise ‘Muslim-y’ ways, is when they’re about to blow people up.”

Well, X-Files was racist and tone-deaf this week.

The episode aired less than two weeks after President Obama called for “some Muslim characters that are unrelated to national security” during his first visit as president to an American mosque. The line came as a criticism of shows like “Homeland” and “24,” and a tacit vote of approval for shows like Nasim Pedrad’s upcoming Fox comedy, “Chad: An American Boy.”

From the Tower of Babel to the Virgin Mary and Christ’s classic “Pieta” pose, “Babylon” used heavy religious imagery to zoom in on broader spiritual questions on the nature and will of God.

Carter said he aimed for the show to have a message beyond the stereotypical Muslim terrorist plot line, but some critics said it largely fell flat and seemed clumsy. 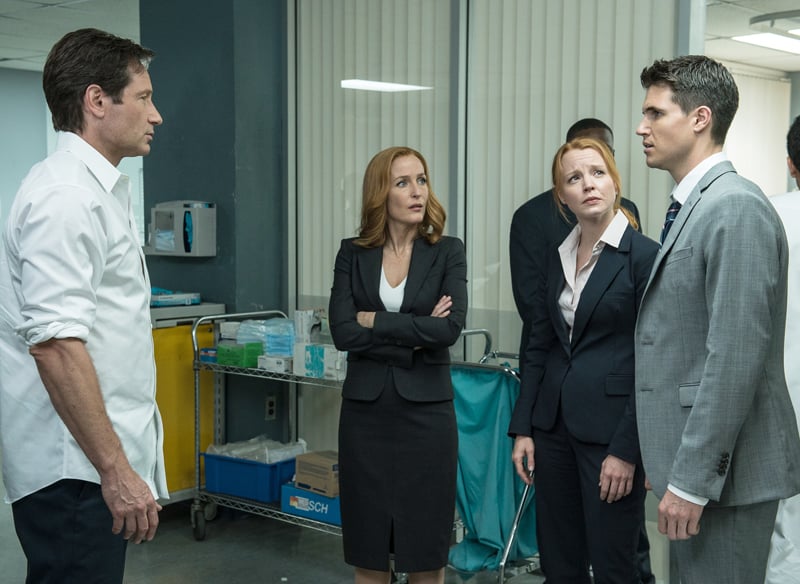 “What could have been a deep reflection on religion, God, freedom and power became a farce that perpetuated the stereotypes about Muslims and immigrants,” Rim-Sarah Alouane, a doctoral candidate at the Universite Toulouse 1 Capitole, wrote in the online publication Ummah Wide.

“People have been killed and lives have been ruined: this is not fodder for comedy,” Alouane continued, denouncing the episode’s light tone in discussing violent extremism.

Some of “The X-Files” viewership may be more put off by the characters’ use of hallucinogens to extract the location of the terrorists from a comatose Shiraz’s subconscious. But for the show’s devotees, such paranormal leaps of imagination are tame.