(RNS) Most Americans oppose religious exemptions to LGBT nondiscrimination laws, according to a new survey.

The report comes as a raft of bills before state legislatures would allow people to refuse service or accommodations to gays, lesbians, bisexual and transgender people based on their religious beliefs.

The Public Religion Research Institute, drawing on 42,000 interviews conducted in 2015, issued on Thursday (Feb. 18) a new analysis of the American Values Atlas with a look at LGBT issues.

Even among groups that oppose same-sex marriage, support for protection from discrimination crosses all “partisan, religious, geographic, and demographic lines,” said PRRI CEO Robert P. Jones in a press release.

But support for anti-discrimination laws breaks down by party lines over religious exemptions, said Jones. The survey found that 74 percent of Democrats but only 40 percent of Republicans oppose allowing small-business owners to refuse to provide products or services to gay or lesbian people if doing so violates their religious beliefs. 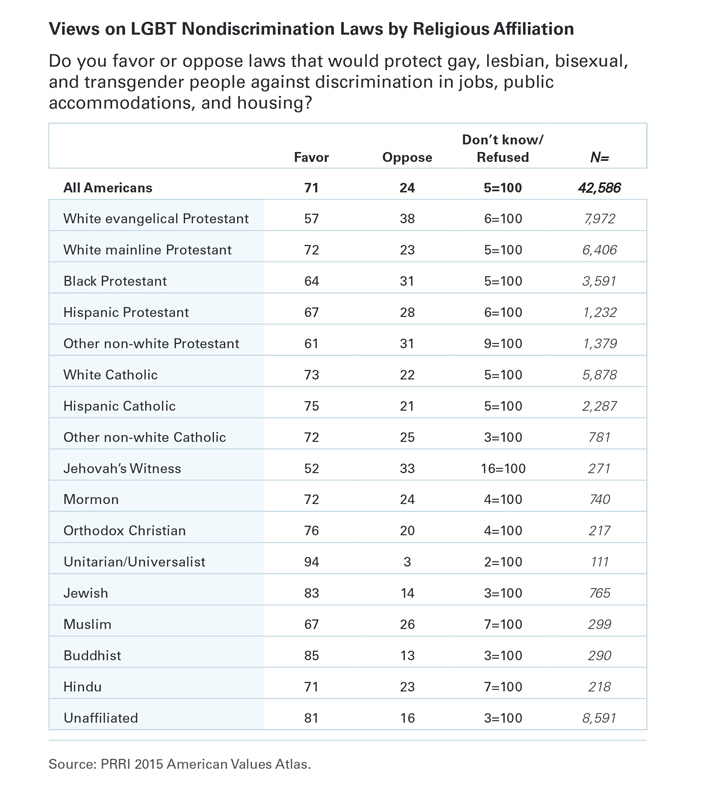