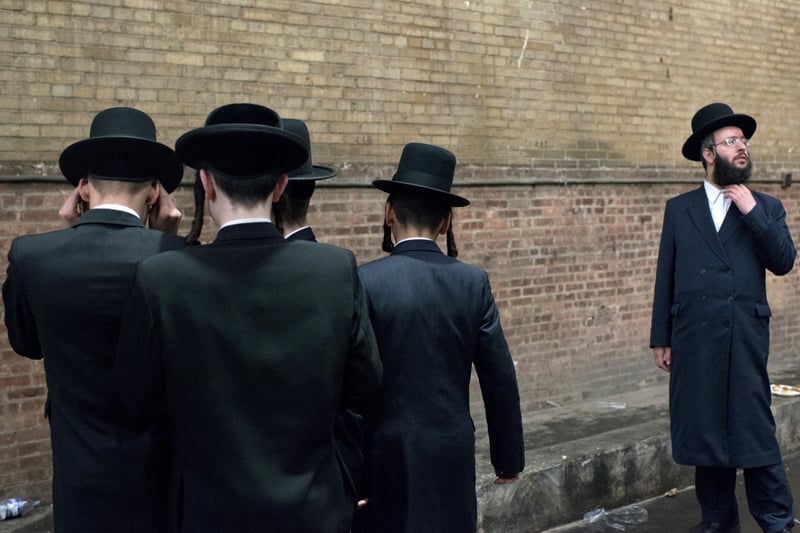 Satmar Hasidic Jews attend a mass gathering in the Brooklyn borough of New York on December 3, 2015. Photo courtesy of REUTERS/Darren Ornitz
*Editors: This photo may only be republished with RNS-PAVONE-COLUMN, originally transmitted on Feb. 19, 2016.

(RNS) If the now eight-member Supreme Court sticks to its schedule and hears oral arguments on March 23 in the lawsuit that Priests for Life (and six other consolidated cases) have brought against the Obama administration’s HHS mandate, media reports may lead you to believe that only devout Catholics and evangelicals are involved in a matter that concerns health insurance and contraception.

If so, they will have overlooked Orthodox Jewish rabbis, the Islamic Center of Murfreesboro, Tenn., and the International Society for Krishna Consciousness.

As evidenced by friend-of-the-court briefs filed in our case, a rich diversity of faith traditions across America understand that what is at stake in the government’s action is literally the freedom to practice one’s religion — whatever that religion may be.

RELATED STORY: Here’s why the Little Sisters will lose (COMMENTARY)

More than four years ago, Priests for Life filed a cause of action challenging the Obama administration’s edict that religiously based nonprofit groups must provide their employees with insurance coverage for drugs, devices, and counseling that many faiths teach are intrinsically wrong. Some of those mandated drugs and devices induce abortions.

The case now focuses not so much on our belief that these practices are wrong, or on our objection to covering them, but on a less well understood aspect of our faith that objects to the very mechanism by which the Obama administration requires us to use to opt-out of that coverage.

In effect, this means that the government can tell us what beliefs we can and cannot practice without punishment.

This argument is particularly dangerous for religions whose beliefs are not widely known.

Orthodox Jewish rabbis point out in their brief filed with the Supreme Court that their branch of Judaism has about 670,000 adherents in the United States. With so few followers, they note that their religious requirements “are unfamiliar to most Americans, including many Jews belonging to other denominations.” If the government, as the Obama administration proffers, is allowed to judge what religious beliefs are important or even valid, Orthodox Jews would particularly be at risk because of this unfamiliarity and lack of understanding.

The rabbis cite a recent Fifth Circuit Court of Appeals judge who, when trying to find an example of an activity that no one would find objectionable, said turning on a light switch every day would not substantially burden anyone’s religious exercise. The rabbis note, however, that this judge happened to pick an example that constitutes a grave sin for Orthodox Jews, who hold that turning on a light switch on the Sabbath violates a prohibition against kindling fires on the Sabbath.

That judge’s apparent ignorance of Orthodox Jewish doctrines belies the proposition that the government is equipped, much less empowered, to judge religious tenets.

And therein lies one of the problems with the administration’s mandate. If the government — be it the executive, legislative, or judicial branch — is allowed to determine the veracity of religious doctrines familiar to most everyone, what will happen to Americans whose beliefs are less known or understood? A brief filed by the Church of the Lukumi Babalu Aye, the International Society for Krishna Consciousness, the Islamic Center of Murfreesboro, and Lipan Apache Pastor Robert Soto expresses this very real concern.

These groups and individuals note that they “do not necessarily share the specific religious convictions at the heart of (Priests for Life’s and others’) case,” but they are deeply worried that the administration’s stance will “disadvantage minority religions unfamiliar to the typical judge or government official.” The administration, they point out, wants to pick and choose which religious institutions it will burden.

Under the HHS mandate, if an entity is deemed sufficiently religious, such as a house of worship, it will escape the government’s dictates. If an entity is held not sufficiently religious, such as Priests for Life, Little Sisters of the Poor, or any number of faith-based schools, homeless shelters, and other charities represented in our consolidated case, the heavy hand of the Obama administration will force compliance or force destruction through crippling fines. The danger of the government making such determinations against those who hold minority or unpopular beliefs is obvious. 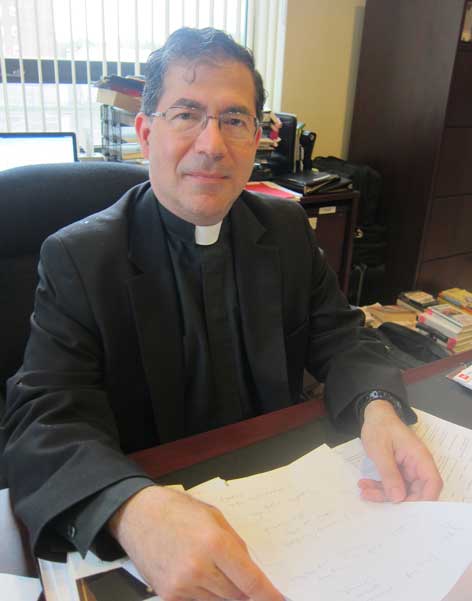 This selective enforcement of the HHS mandate is fraught with peril for non-majoritarian religions not only because of their lack of status and influence, but also, again, because of their unfamiliarity. For example, a brief filed by the National Jewish Commission on Law and Public Affairs points out that “Jewish religious law (Halachah) accords primacy to a house of study (Beit Midrash) over a synagogue (Beit Knesset).” The HHS mandate, however, does the reverse. It regards houses of worship as more central to a religion than the church auxiliaries that put faith in motion.

What the Obama administration is proposing is not a minor regulation, but a sea change in America’s protection of religious freedom. As the legal brief filed by Orthodox Jewish Rabbis so eloquently states,

“Orthodox Jews have long felt at home in America because its robust protections for religious liberty have never discriminated against minority practices. A rule requiring judges to adjudicate questions of religious doctrine is incompatible with this admirable history, risks limiting the guarantee of religious liberty only to the most well-known and well-accepted religious practices, and threatens to make America a less tolerant and welcoming nation.”

The seven consolidated cases the Supreme Court is now hearing against the Obama administration’s HHS mandate are not a Catholic or an Evangelical cause; they’re an American cause.

(The Rev. Frank Pavone is the national director of Priests for Life) 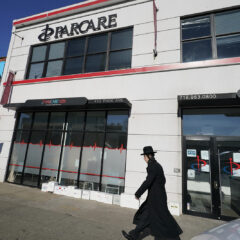