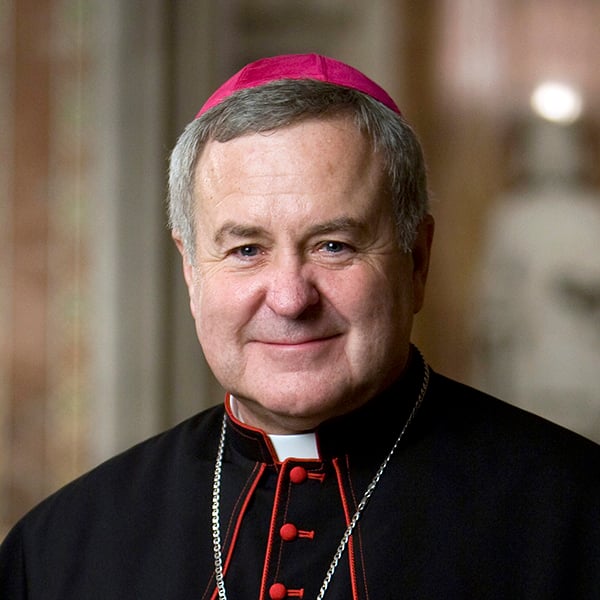 St. Louis Archbishop Robert Carlson has issued a letter calling on parishes to seek alternatives to Girl Scouts, arguing that the program and related organizations conflict with Roman Catholic teaching.

The Archdiocese of St. Louis isn’t directly kicking Girl Scout troops and activities off church properties, but is suggesting they and their cookies may no longer be welcome in the fold.

“Girl Scouts is exhibiting a troubling pattern of behavior and it is clear to me that as they move in the ways of the world it is becoming increasingly incompatible with our Catholic values,” Carlson wrote in a letter dated Feb. 18. “We must stop and ask ourselves — is Girl Scouts concerned with the total well-being of our young women? Does it do a good job forming the spiritual, emotional, and personal well-being of Catholic girls?”

The letter said issues such as reproductive rights and abortion separate the church from Girl Scouts and related organizations.

The letter was a disappointment to Girl Scouts of Eastern Missouri CEO Bonnie Barczykowski, who said by email Friday the organization “has enjoyed a history of cooperation with the Archdiocese of St. Louis for almost 100 years.”

“Although we are a secular organization, we greatly value our long-standing partnerships with religious organizations across many faiths,” she said.

“I think they are too focused on other people the Girl Scouts may have some associations with rather than what our local girl scout chapters are actually doing,” said Julie Mudd of St. Louis.

Mudd said the troop within her daughter’s Catholic school, St. Margaret of Scotland, has multiple honors from its affiliated church for good works.

Mudd said she hopes to enroll her daughter, 4, in the school’s existing Daisy troop when she enters kindergarten. She and her husband are parishioners at St. Pius V Catholic Church.

“I was a Girl Scout, my mom was a den leader for Boy Scouts and Girl Scouts, and I’m planning to become active when my little girl enters scouting. It was a great experience. It was really empowering,” Mudd said.

Carlson’s letter does not mandate that parishes disband Girl Scout troops. Rather, it calls on them to seek alternatives.

“I am asking each pastor that allows Girl Scout troops to meet on parish property to conduct a meeting with troop leadership to review these concerns and discuss implementing alternative options for the formation of our girls,” Carlson wrote.

A question-and-answer page on an archdiocesan website also asks parents to question whether they should condone a child joining the Girl Scouts as it conflicts with Catholic teaching.

“Can I still buy Girl Scout Cookies?” is also among the questions posted on the archdiocesan website.

“Each person must act in accord with their conscience,” is the response. “It is also our duty to form our consciences and learn the issues.”

Carlson’s letter takes aim not only at Girl Scouts, but affiliated organizations, including Girl Scouts USA and the World Association of Girl Guides and Girl Scouts.

READ: Vatican financial chief denies he is under investigation

“Organizations that GSUSA promotes and partners with are in conflict with Catholic values, such as Amnesty International, Coalition for Adolescent Girls, OxFam and more. This is especially troubling in regards to sex education and advocacy for ‘reproductive rights’ (i.e. abortion and contraceptive access, even for minors).”

“I think it all comes down to the fact they are threatened by anything that puts females in a leadership position,” she said.

Barczykowski, of the Girl Scouts, said she believed the community will continue to support the cookie sales program.

“Girls gain valuable social and leadership skills and the Girl Scout Cookie program is the most anticipated and participated-in activity in Girl Scouting,” she said.

She cautioned that scouts selling cookies should not be engaged in debates regarding the church’s position on Girl Scouts.

“The concerns expressed by the Archdiocese of St. Louis involve adult issues and are not appropriate to discuss with children. I hope the conversation is one that will remain between adults. Confrontations with our girls would be unacceptable,” Barczykowski said.

On that point, the archdiocese agrees. Its website discourages confronting individual Girl Scouts who are selling cookies about the matter.

“These conversations must ‘remain among adults,’” the statement reads.

American Heritage Girls is one such group that has grown in membership in various churches in the region.

“While Catholics are called to treat all people with compassion and mercy, we must at the same time be mindful of whom we allow to teach and form our youth and the messages they present,” Carlson wrote.

Carlson’s letter further references concerns with the Boy Scouts of America, wondering “in which direction this once trusted organization is now headed” in terms of protections to religious organizations.