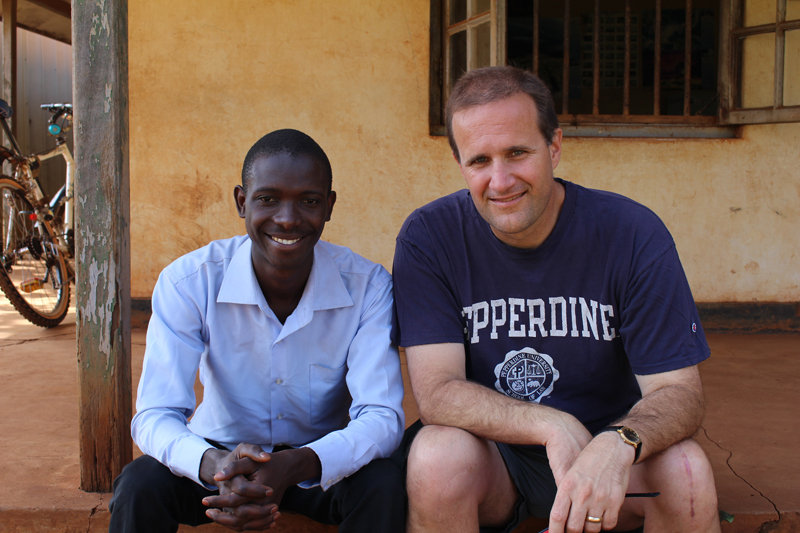 Jim Gash and Tumusiime Henry in Uganda during their first meeting at the juvenile detention center where Henry was housed. Photo courtesy of Jim Gash

WASHINGTON (RNS) They come from two different worlds — a Pepperdine legal expert and an unjustly accused Ugandan — but Jim Gash and Tumusiime Henry have been touring the U.S. with the same message: Step out on faith and help others.

In 2010, Gash, director of Pepperdine University’s Global Justice Program, traveled for the first time to the east African country. He joined law school alumni who were providing pro bono aid to juveniles who were stuck in detention centers awaiting trial.

On that trip, Gash met Henry, who since 2008 had been living without electricity and running water and was facing a false accusation of murder.

Gash, 48, spent a week interviewing Henry, now 22, and the other 20 prisoners and building the legal cases to help release them.

“Somebody’s got to do something about this,” he thought. “But it wasn’t going to be me because this is my one and done.”

But his feelings were transformed after Henry asked for his phone number. 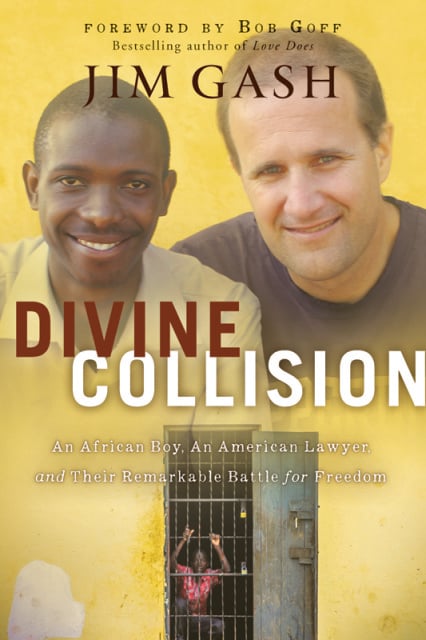 Now, the two men are close friends, the subject of a book by Gash called “Divine Collision” and a Revolution Pictures documentary about the Pepperdine project called “Remand.”

Gash has returned to Uganda 16 times, and appeared in a court there to argue Henry’s appeal. Henry, eventually acquitted, returned with Gash in 2012 to the detention center where he had been held to encourage prisoners housed where he once lived.

Like Gash, Henry said he, too, feels his life was transformed after he and Gash met. At times, he had lost faith, but he believed the arrival of Gash’s team in the rural district of Masindi was an answer to prayer.

“God exists and he really works,” said Henry, in an interview with Gash during a stop on their tour in Washington. “Sometimes he uses bad to do good. So suffering does not mean the end of the life. There is future, there is hope after suffering.”

Although Gash was the one who helped Henry and others, he said Henry influenced his faith and his life. As they prepared his appeal together, Gash was moved to join Henry in a fast.

“We believe God collided our lives in ways that changed us both and changed a system as well,” said Gash.

After a screening of “Remand,” Henry recalled the harrowing conditions under which he served as a leader of fellow prisoners and marveled at a juvenile prison he visited during his recent visit to California.

“I was like, ‘Wow, what’s this?’ They are living in a very good condition,” he said. “They have beds. They have laptops. They have teachers.”

The film, which will soon be entered in film festivals, includes interviews with Ugandan judicial officials who have increased plea bargaining and are working on other reforms with Ugandan and Pepperdine lawyers and law students.

“The true heroes in this story are the judges of Uganda who said there’s a problem,” said Gash, who eventually moved to Uganda for six months with his family of five, serving in 2012 as a special adviser to the Ugandan High Court. 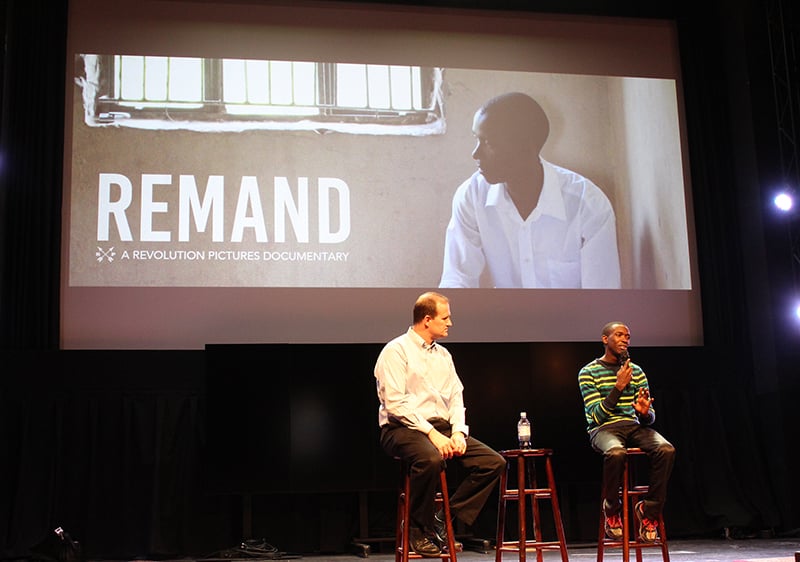 After a Washington, D.C., screening of “Remand,” Tumusiime Henry recalled the harrowing conditions under which he served as a leader of fellow prisoners and marveled at a juvenile prison he visited during his recent visit to California. Religion News Service photo by Adelle M. Banks

Gash, an evangelical, and Henry, a Pentecostal, both say they hope their message will encourage people of faith or no faith to look beyond themselves and see the needs of others.

Henry, now in his second year of medical school in Uganda, hopes to become a cardiologist.

In late February, they visited Baylor University, which has just begun considering ways to partner with Pepperdine’s justice programs. The day before the duo appeared at three chapel services, faculty from social work, business and legal disciplines met to start making plans to follow Gash’s lead.

“We’re going to try and do a series of events here at Baylor that would help our faculty and students be more intentional about the kind of engagement that Jim Gash is doing in Africa,” said social sciences professor Byron Johnson of the Baptist university’s plans.

Gash hopes people who hear Henry’s story will be moved to help others near and far.

“Whether it’s across the world, across the country or across the street, there are people who are in need of what you’re equipped to give them,” he said. “And God is leading you into their path.”