(RNS) Johnny Depp will bring a touch of Hollywood glamour to a planned gathering of atheists and other secularists at Washington’s Lincoln Memorial. 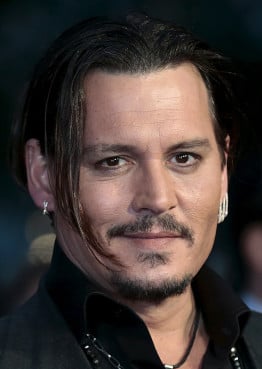 Cast member Johnny Depp arrives for the British premiere of the film “Black Mass” in London on Oct. 11, 2015. Photo courtesy of REUTERS/Suzanne Plunkett

Depp, who once said “religion is not my specialty,” is one of the scheduled speakers at the Reason Rally, a project of seven national atheist, humanist and other secularist organizations slated for June 4. Other speakers include television personality Bill Nye, scientists Lawrence Krauss and Carolyn Porco, comedians Margaret Cho and Julia Sweeney and musicians Killah Priest and Mark White of the Spin Doctors.

“Up until now, for a celebrity, politician or athlete to identify as openly nonreligious has been regarded as career suicide,” said Lyz Liddell, the Reason Rally’s executive director. “The fact that these big, mainstream names are beginning to openly support our work and become involved in our community means that the entire cultural attitude towards nonreligious Americans is shifting towards acceptance and inclusion — and that’s wonderful!

Richard Dawkins, who suffered a stroke in early February and whose foundation is one of the sponsors of the rally, is also slated to speak, though his appearance will depend on his health, Liddell said. 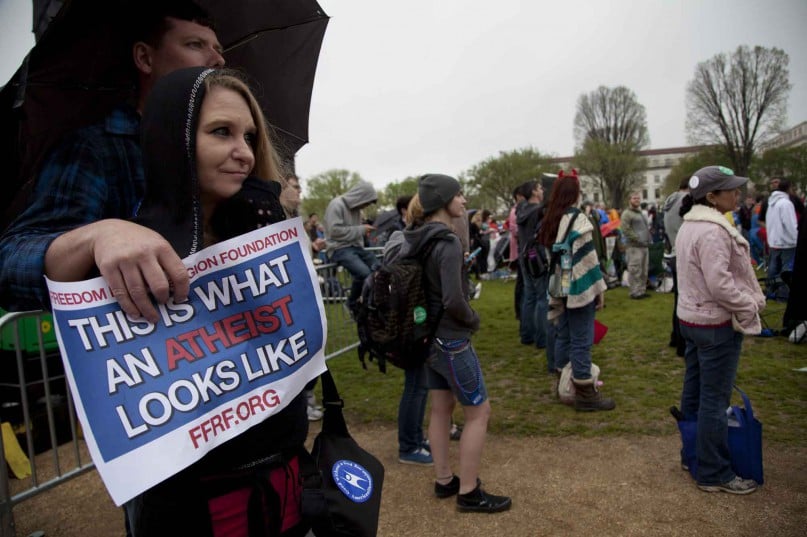 Thousands of atheists and unbelievers gathered on the National Mall for the Reason Rally in 2013. RNS photo by Tyrone Turner

The Reason Rally has been held twice before. Its main goal is to demonstrate the size and potential political power of those who favor a strict separation of religion and politics. In 2002, under the name “The Godless March,” it attracted a few thousand people — mostly middle-aged and white — to the National Mall, while 2012’s rally attracted several tens of thousands to the same spot, many of them young and nonwhite.

“Today, nonreligious Americans make up some 25 percent of the population, but there is not one single openly nontheistic member of Congress,” Liddell said. “The Supreme Court is five Catholics and three Jews, and presidential candidates pander to the religious right while throwing atheists under the bus.”