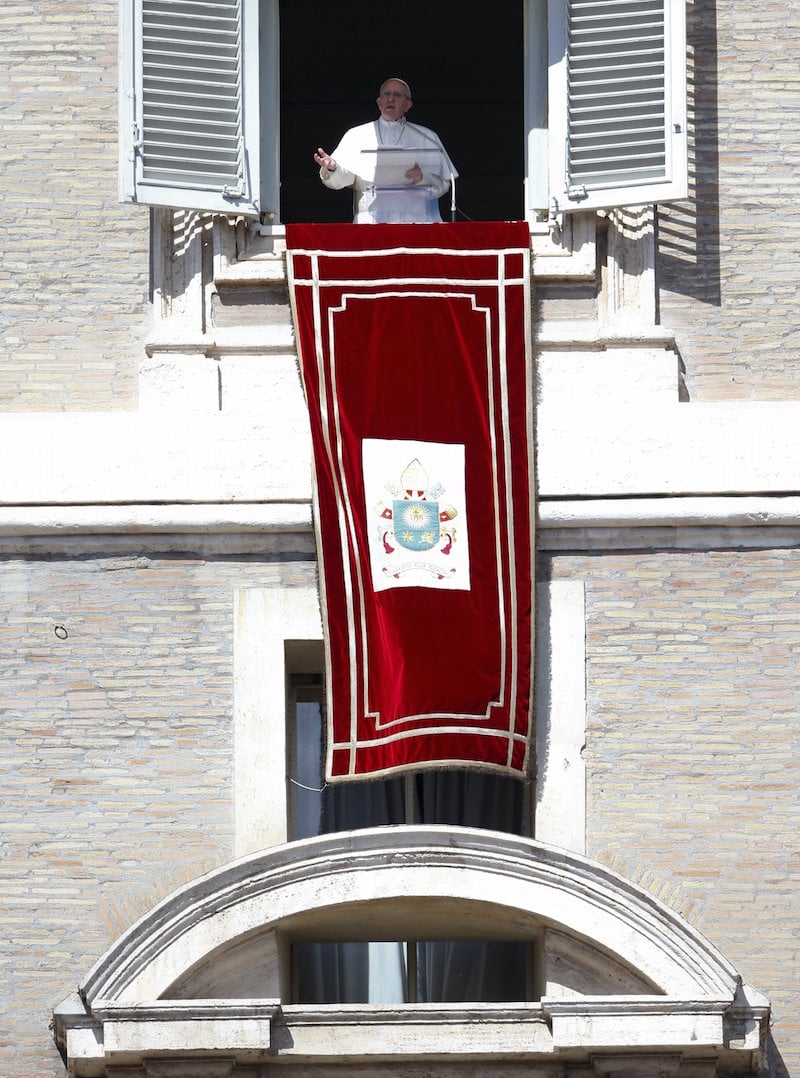 (RNS) Pope Francis said four nuns executed by gunmen in Yemen at a home where they cared for elderly and disabled residents are “today’s martyrs.”

His remarks on Sunday (March 6) about the brutal killings in the increasingly lawless country on the Arabian Peninsula came a day after he decried the “diabolical violence” that also claimed the lives of a dozen others at the Catholic-run facility in the Red Sea port of Aden.

There has been no claim of responsibility for the attack on Friday, but the few remaining Christians and foreigners in Yemen have often been the targets of various Islamic factions in the country’s brutal civil war.

The pontiff’s comments, at the noontime Angelus prayer from a window overlooking St. Peter’s Square, also aimed at highlighting what Francis called the “globalization of indifference” that fuels societal anarchy like that plaguing Yemen and then ignores its victims.

Referring to the four nuns, members of the Missionaries of Charity order founded by the late Mother Teresa of Calcutta, Francis said: “They aren’t on the front pages of the newspapers; they aren’t news. These people are victims of an attack by those who killed them but they are also victims of indifference, of this globalization of indifference.”

He prayed for the nuns and the other victims and their families, and asked for the intercession of Mother Teresa, the famous “Saint of the Gutters” who died in 1997 and is expected to be declared a saint by the pope in September.

RELATED STORY: Four Catholic nuns among the dead in massacre by gunmen in Yemen

On Saturday, Francis issued a message denouncing “this act of senseless and diabolical violence” and praying “that this pointless slaughter will awaken consciences, lead to a change of heart, and inspire all parties to lay down their arms and take up the path of dialogue.”

According to a surviving nun and other witnesses, and Yemeni officials, two gunmen stood guard outside the facility while four entered the building saying they wanted to visit ‎their ‎mothers. There were about 80 residents at the home. The assailants then moved from room to room, handcuffing the victims before shooting them in the head.

Several guards and employees were killed, along with the four nuns; two of the sisters were from Rwanda and the others were from India and Kenya. The superior of the community was able to find a hiding place and survived, a Vatican official said.

The Rev. Tom Uzhunnalil, a Salesian priest from India who had been staying with the sisters since his church was attacked and burned last September, was apparently abducted by the attackers, according to church officials and Catholic News Agency.