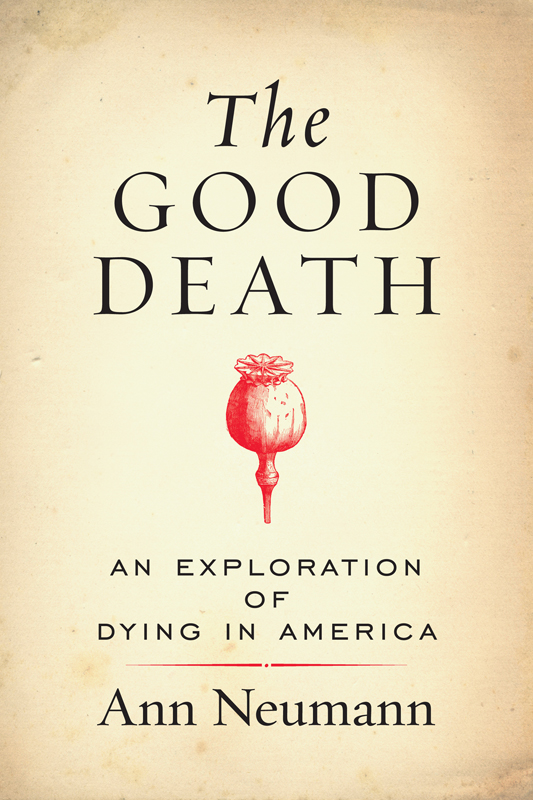 (RNS) There is no such thing as a "good death." There is only a "good enough death."

So writes Ann Neumann in "The Good Death: An Exploration of Dying in America." A visiting scholar at the Center for Religion and Media at New York University and a hospice volunteer, Neumann takes a close-up look at end-of-life issues and how they are both helped and hindered by faith.

"Religion is most prevalent around the deathbed in our country," Neumann, 47, said in a phone interview from her home in Brooklyn, N.Y. "That is where it is resoundingly proven that we are not a secular nation." 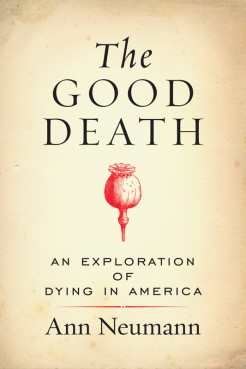 If "The Good Death" is anything, it is a call for people to examine their own wishes around end-of-life issues and decide what role religion -- either theirs or that of their caregivers -- will play. Religion, she holds, influences our ideas of quality of life and how far we are willing to go to preserve it.

READ:  A Bible you can wear on your heart, sleeve or lapel

Neumann has spent a good deal of time around the dying. Her first up-close experience as a caregiver was with her father's difficult, drawn-out death from cancer that left her and her family worn-out and overwrought.

In the aftermath, unmoored by her own grief and seeking a way to cope with the death she knew would someday come for her and her loved ones, she decided in 2007 to become a hospice volunteer. Her descriptions of her visits with her patients -- reading with them, drinking with them, but mostly just being present for them --  are among the most moving in the book.

In between she weaves in the history of death in America, from the front parlor to the back room of the nursing home. She chronicles the harrowing right-to-die cases of Karen Ann Quinlan, Nancy Cruzan, Terri Schiavo and Jahi McMath, who remains in a coma in New Jersey, the only state that does not consider her legally brain dead, Bible verses hanging over her bed.

Neumann, reared a Mennonite and now a Catholic, looks at how quality of life is often sacrificed for sanctity of life, sometimes for religious reasons, by health care providers, families and religious leaders.

"We must examine the inequality and the discrimination that the church has built into its position on health care," she said. "The Catholic Church is so good at managing hospitals, at addressing patient care that we cannot say it is bad on the whole and yet the discrimination against women, the lack of autonomy provided to elders or to individuals like to Terry Schiavo -- these families that are put in these difficult positions should be supported by their church. They should be able to make their own decisions."

But what about hope? In the book, Neumann echoes the writing of Adrienne Martin, a professor at Claremont McKenna College, who writes that hope is not always a good thing. It can lead to pain and suffering, both physical and emotional, and result in stretching out an illness in the hope for an unlikely positive outcome. 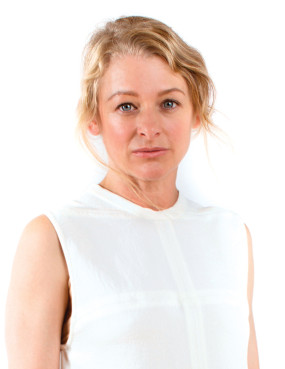 Ann Neumann is a visiting scholar at the Center for Religion and Media at New York University and the author of "The Good Death." Photo courtesy of Beacon Press

"It was an area of research that fascinated me because it did question the hands-down understanding we have that hope is always good," Neumann said. "Hope can be sustaining. It can get us out of bed. But it can also result in the very painful treatment of patients and lead to denial."

What's a country with a rapidly aging population to do? The U.S. Census Bureau predicts that by 2050, one in five Americans will be 65 or older and have diverse ideas about end-of-life issues. A Pew Forum survey in 2013 found two-thirds of Americans believe there are some situations in which patients should have a right to end their own lives, while 31 percent say doctors should do everything they can to prolong life.

Start conversations with your loved ones, make your end-of-life wishes clear and know your rights, Neumann said.

"A good death is whatever a patient wants," Neumann said. "It is not up to me, to their legislators, to their priests, to their families. That is true informed consent. A good enough death is as close as we can get because humans are not perfect. We can get so much closer, but we will never have a perfect death."